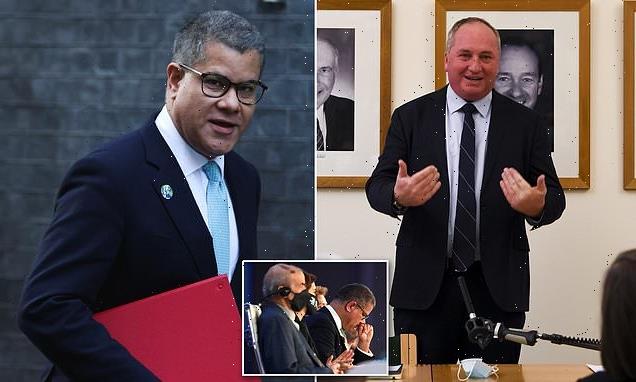 Australia’s deputy PM has mocked Alok Sharma over his tearful apology for watering down COP26 pledges.

Barnaby Joyce, who leads the junior party in the governing coalition, ridiculed the summit president for getting emotional over the last-minute haggling.

He also flatly dismissed claims from Boris Johnson that the UN gathering sounded the ‘death knell’ for coal, accusing the UK of hypocrisy over fossil fuels.

The wording of the Glasgow Pact was changed from a commitment to ‘phase out’ coal to ‘phase down’, after a late ambush by India and China.

Mr Sharma told delegates he was ‘deeply sorry’ as he brought down the gavel to signal an agreement had been reached on Saturday.

‘May I just say to all delegates I apologise for the way this process has unfolded and I am deeply sorry,’ he said.

‘I also understand the deep disappointment but I think as you have noted, it’s also vital that we protect this package.’

But in an interview with ABC news, Mr Joyce said: ‘It annoys me … what’s the guy’s name? Mr – the Chairman Sharma in Glasgow. 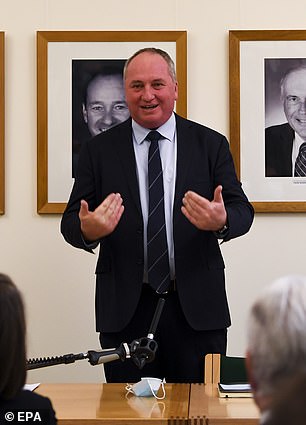 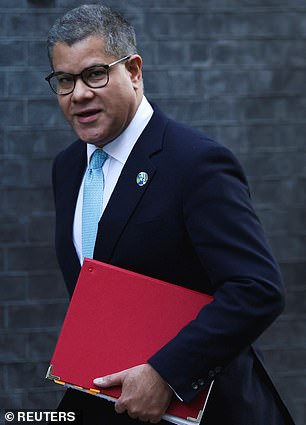 Barnaby Joyce (left), who leads the junior party in the governing coalition, ridiculed Alok Sharma (right) for getting emotional over the last-minute haggling at COP26 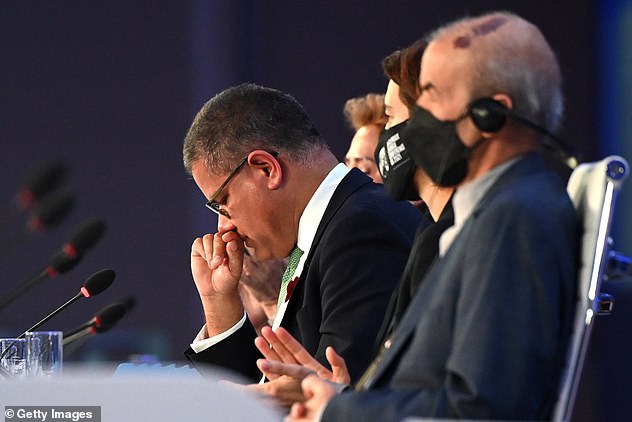 ‘He wants to shut down our coal industry, but he never talked about shutting down the oil fields in the North Sea, Brent oil.

‘No, he doesn’t want to shut that down. He wants to shut down industries in other people’s countries, not in his country.’

Challenged afterwards on whether it was right to mock Mr Sharma, Mr Joyce said: ‘I am cynical about it.

‘Why didn’t he mention his North Sea oil? What about the carbon emissions that come from that.

‘Why is it that they can keep one of their biggest exports, which is North Sea oil, and apparently that they get so perplexed that we don’t want to shut down our second biggest export, coal.’

Mr Sharma has described the COP26 agreement as a ‘fragile win’, and said he became emotional partly because he had barely slept for three days and felt the ‘weight of the world’ on his shoulders.

Mr Johnson has claimed the gathering was an ‘historic success’ but also voiced disappointment’ at efforts by Beijing and New Delhi  – two of the world’s biggest polluters – to weaken efforts to abandon fossil fuels. 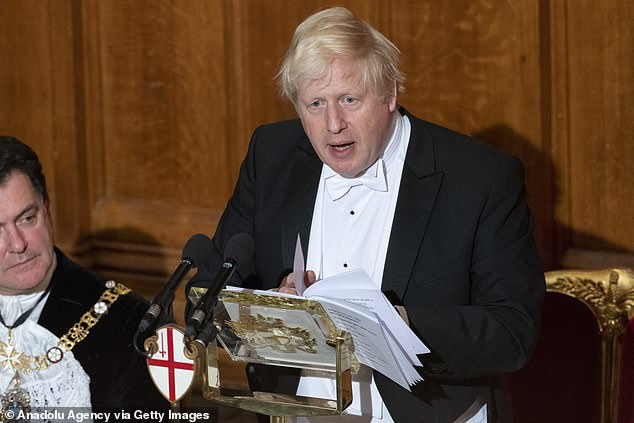 Sister of Sri Lanka bombing mastermind hopes ‘he is dead’