There will be a taste of late summer warmth across much of Europe on the way for the next few days, BBC meteorologist Sarah Keith-Lucas has revealed. She noted that temperatures are going to be on the rise for many central and western parts. There’ll be some sunshine around but Europe will also have some low pressure weather systems.

Ms Keith-Lucas told viewers: “One in the central Mediterranean is going to be bringing heavy showers, some thunderstorms and some gusty winds to Sardinia and Corsica.

“This will push in towards the southeast of France as well through Friday.

“Meanwhile it is warm and dry for much of Turkey, in across Greece and up towards Croatia as well.” 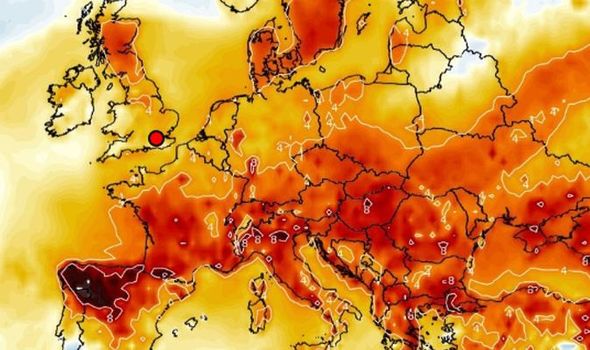 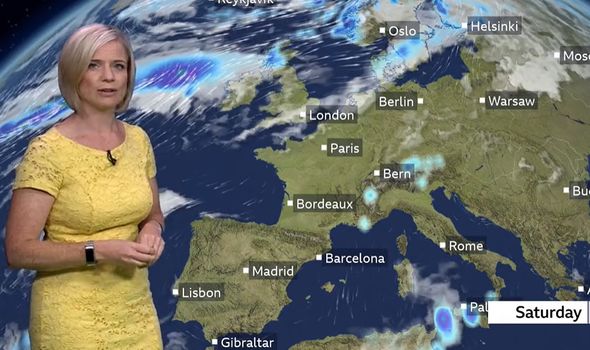 She continued: “Lots of warm, sunny weather will be on the cards here.

“Then we’re into those heavy showers across some northern parts of Italy, towards Corsica and Sardinia.

“To the north of that, it will be largely dry for much of Germany.

“But wetter and windy weather will push across parts of Norway, Sweden and Finland as well.”

The weather presenter added: “Southern parts of the UK should remain warm and dry.

“We’ve got some rain heading to northern parts of the UK.

“But it’s warming up for Spain, France and towards Germany into the low 30s.” 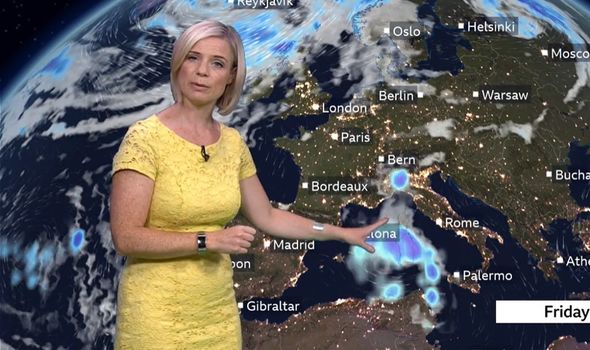 “And those showers in the Mediterranean will slowly ease away from Sardinia and Corsica, as well into the weekend.

“London will be warming up, as will Paris, but there could be some showers developing here as we head into the first part of next week.

“Showers will be possible in Madrid at times by Monday.

“Rome is looking at dry and warm with lots of sunshine also for Berlin. There will be a few heavy showers at times for Moscow.”

Bali’s Mount Agung erupts forcing all flights to be cancelled