A bear was killed after two women were left with life-changing injuries after being "chewed up" by the creature.

Four hikers were targeted by the bear in what is thought to have been a "one in a million" predatory attack.

Leosette [Cheng] Canoy, her niece Wennali, her friend Analyn Shurtliff Bartolome and Bartolome's teenage son were walking in Dawson Creek, British Columbia, when they were charged at by the animal on October 10.

All bar one of the group were injured, with Canoy and Bartolome critically hurt. The British Columbia Conservation Officer Service (BCCOS) said in a Facebook post: "They turned to run and the bear chased after them.

"One woman was attacked by the bear, while another woman and teenage boy were also injured trying to help.

"Dawson Creek RCMP and COS responded to the attack site.

"RCMP shot and killed a bear in the immediate area of the victims. One victim was airlifted to hospital in Edmonton, where she remains.

"Her condition at this time is unknown.

"The other two victims were taken to hospital in Dawson Creek." According to Canadian CBC News, Canoy underwent six hours of surgery for injuries to her arms, head, back and ear.

"She's my gift from God. It's horrific to see my wife like that. The bear chewed her up bad," Gary Hansen, Canoy's husband, told CBC.

After the bear and the attack site were examined, the BCCOS confirmed the male bear was acting alone and was attempting to hunt and kill the hikers.

"Conservation Officers examined the attack site – which included taking photographs, measurements and collecting evidence – and interviewed victims and witnesses as part of the investigation, which determined the attack was predatory in nature," the BCCOS said in another Facebook post.

This type of predatory attack is uncommon according to ABC. About one black bear in a million will attack a human in a predatory manner and that may have been linked to the fact that hibernation season is about to begin. "As has been well documented, bear attacks are very rare but when black bears attack it is nearly always predatory or defensive-aggressive," said Tom S. Smith, a professor of wildlife sciences at Brigham Young University.

In the case of a bear encounter, the British Columbia Government website advises hikers to slowly back away, talking to the bear in a quiet, monotone voice – and to not scream, turn your back on the bear, kneel down or make direct eye contact. 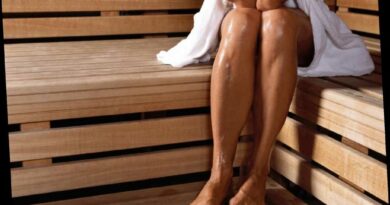 When will steam rooms and saunas reopen?

Jaywick: We spend a day in ‘Britain’s worst town’ and are offered a fat spliff