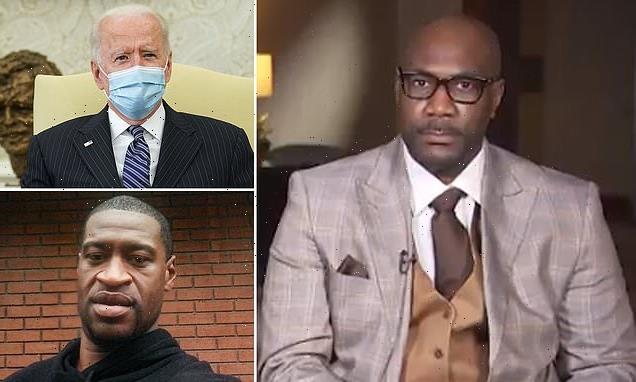 George Floyd’s brother Philonise revealed President Joe Biden called him on Monday when the jury was sent out to deliberate in Derek Chauvin’s trial.

‘He was just calling. He knows how it is to lose a family member. And he knows that the process of what we’re going through so he was just letting us know that he was praying for us, and hoping that everything would come out to be okay,’ Philonise told NBC’s ‘Today.’

Philonise Floyd said he is ‘optimistic’ about the coming verdict.

‘Hopefully it will be the way the world wants to see it,’ he noted.

He also expressed his hope for peace after the verdict is revealed.

‘We just want everyone to be peaceful’, he added, as Minneapolis braces for the verdict.

More than 3,000 Minnesota National Guard members have been activated and hundreds marched through the streets of Minneapolis on Monday night as the US waits for the outcome of the trial.

Scroll down for video 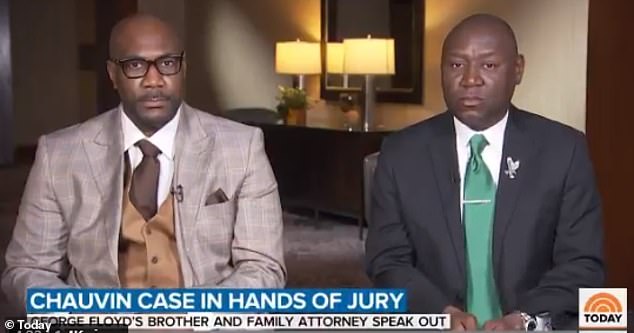 Biden is monitoring the trial and is concerned that a verdict may inflame racial tensions at a time when multiple U.S. cities are on edge following police killings.

The footage of Chauvin kneeling on George Floyd’s neck during Floyd’s arrest last summer set off protests in Minneapolis and around the country. If the Chauvin jury should deliver a verdict this week or next, the results would come amid renewed tensions in communities where police have shot suspects during traffic stops and arrests – along with sharp splits over efforts to control the coronavirus and a new spate of mass shootings.

Philonise spoke out as the jury in Minneapolis prepared to return for a second day of deliberations and amid fury over Maxine Waters’ calling for Chauvin to be found guilty and for Black Lives Matter protesters to be ‘more confrontational’.

The California Democrat sparked outrage by travelling to Minneapolis on Saturday and urging protesters to ‘get more confrontational’ if Chauvin was acquitted.

Her remarks, on the eve of the jury retiring to consider its verdict, were widely condemned and may, it emerged on Monday, have handed Chauvin’s defense grounds for appeal and the turning over of any guilty verdict.

Yet Waters, 82, defiantly insisted on Monday afternoon that she stood by her words.

‘The judge says my words don’t matter,’ she told CNN.

When pressed on the judge stating that her remarks could be grounds for appeal, she replied: ‘Oh no, no they didn’t.’

She insisted she was entirely justified in her call to action, saying: ‘The whole Civil Rights movement is confrontational.’

Republican House Minority Leader Kevin McCarthy is introducing a resolution for Waters to be censured and says she ‘incited violence’ with her remarks.

He believes up to 15 Democrats could back the motion to censure and said Waters ‘believes there is value in violence’.

Democrats including Nancy Pelosi have said she shouldn’t apologize for her comments.

The White House also refused to condemn Waters comments. Biden’s press secretary said on Monday that protests should be ‘peaceful’, but did not respond to Waters’ comments directly. 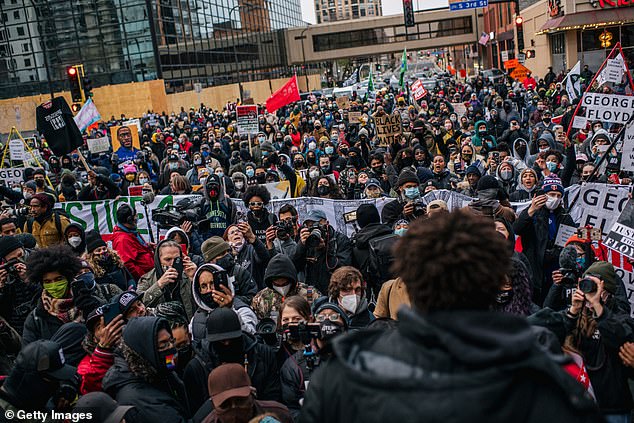 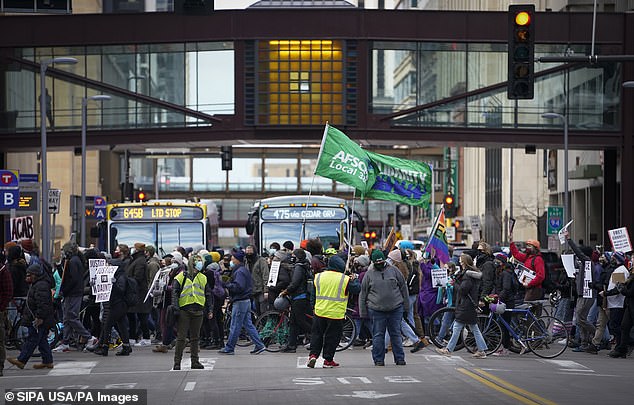 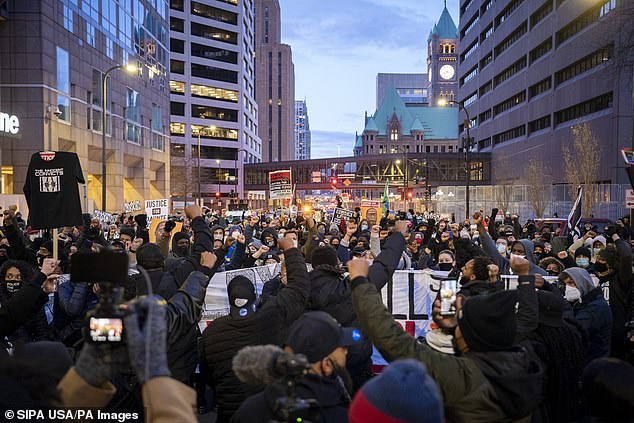 Protesters gathered in Minneapolis on Monday as the jury started their deliberations toward a verdict in the case against Derek Chauvin, who faces murder and manslaughter charges in the death of George Floyd

One Thing You Can Do: Make Your Donations Count