Home » World News » Biden pledges action on the pandemic and the economy. 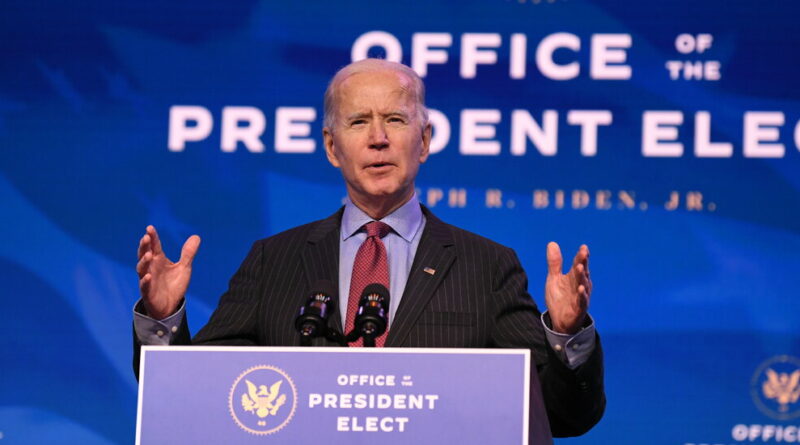 President-elect Joseph R. Biden Jr. on Friday promised an accelerated response to a daunting and intensifying array of challenges as the economy showed new signs of weakness and the coronavirus pandemic killed more Americans than ever.

On a day the Labor Department reported that the economy lost 140,000 jobs in December, ending a seven-month streak of growth after the country’s plunge into recession in the spring, Mr. Biden said there was “a dire, dire need to act now.”

He pledged to move rapidly once he becomes president to push a stimulus package through Congress to provide relief to struggling individuals, small businesses, students, local governments and schools.

Mr. Biden and his aides have not yet finished the proposal or settled on its full amount. Forecasters expect further job losses this month, a casualty of the renewed surge of the pandemic and state and local officials’ impositions of lockdowns and other restrictions on economic activity meant to slow the spread.

“The price tag will be high,” Mr. Biden told reporters in Wilmington, Del.

He pledged to ramp up efforts to slow the spread of the virus, which is now claiming 4,000 lives each day — more than those who perished during the Battle of Antietam during the Civil War, the attack on Pearl Harbor in 1941 or the terrorist attacks on Sept. 11, 2001. Mr. Biden’s team said the president-elect would immediately provide more vaccines to states when he takes office, breaking sharply from Mr. Trump’s practice of holding back some shots for second doses.

The decision is part of an aggressive effort to “to ensure the Americans who need it most get it as soon as possible,” the Biden transition team said on Friday. The vaccination plan, to be formally unveiled next week, also will include federally run vaccination sites in places like high school gyms and sports stadiums, and mobile units to reach high-risk populations.

The president-elect has vowed to get “at least 100 million Covid vaccine shots into the arms of the American people” during his first 100 days in office.