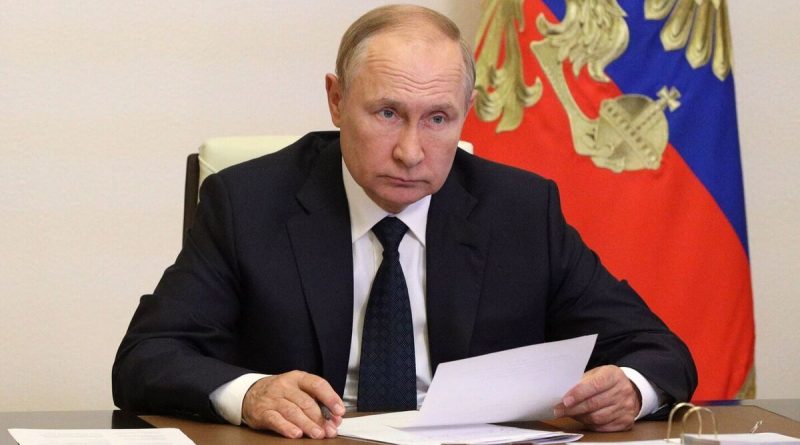 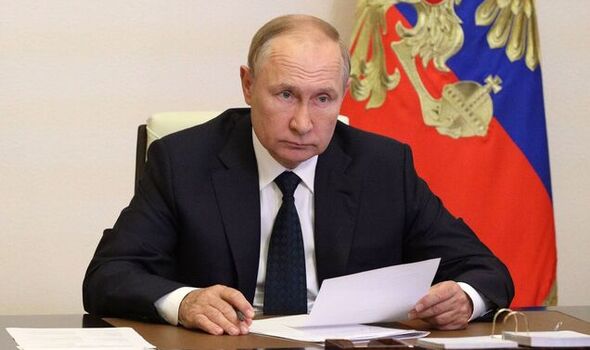 The outgoing Prime Minister accused the Kremlin leader of blackmailing the West in the hope soaring energy costs will reduce support for Ukraine.

Moscow began choking gas supplies to Europe in response to sanctions imposed on the regime in the wake of its invasion.

This week wholesale prices for gas reached close to record highs as fears mount that Russia is likely to continue to limit flows of gas – or even cut them off altogether – as winter approaches.

It comes as families across the UK could face £7,000 energy bills next year. Energy consultants Auxilione warned yesterday that the cap could double to an eyewatering £7,263 in April.

The prediction is based on the current cost of buying energy on global markets and also suggests bills could hit £5,405 in January.

Leading experts warn the era of “cheap” energy is over. And analysts attribute much of the surging prices to Russia’s actions.

A fear that Europe will run out of gas this winter is driving rises.

Even before a coming three-day shutdown, Nord Stream 1 – a key fuel pipeline to Germany – has been flowing at only 20 percent.

These cutbacks are forcing providers to buy gas on the spot.

It means the market is higher and more volatile than under longer-term Gazprom contracts.

Problems in France’s nuclear plants have also pushed up the price of electricity.

And a dry summer has reduced power production from Norway’s rivers, while low water levels on the Rhine have made it harder to transport coal in Germany.

“Putin’s position, Putin’s ability to blackmail, to exercise leverage over us and over the rest of the world will diminish week by week, month by month, and we will get through this and in the end we will be in a much better position.

“[At] the other side [we] will have more of our own energy to rely on, and the bills will eventually come down.”

Consultancy Cornwall Insight expects the cap to reach “only” £5,387 in January and £6,616 from April. But both Cornwall Insight and Auxilione expect bills to fall by between £700 to £800 in July. 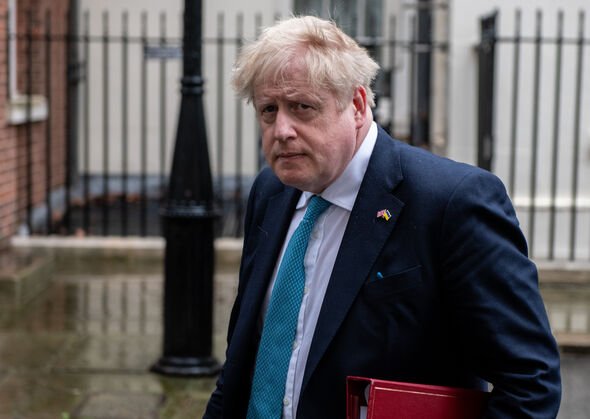 Dr Craig Lowrey, principal consultant at Cornwall Insight, said: “The energy crisis is showing no sign of abating. A key focus for the next prime minister and for Ofgem must be protecting consumers, and the wider economy, from the impact of this rise.”

“There are several avenues that can be explored including a review and expansion of the current support package of at least £400 per household.”

“However, all of these are temporary solutions and must be accompanied by a focus on a viable long-term solution.”

Dr Lowrey said the purpose of the price cap is being undermined by the unprecedented rises in bills hitting households.

He added: “Throughout the energy crisis, the Government and Ofgem have remained committed to the cap, and in its ability to shield consumers from a volatile energy market.”

“However, the cap was never meant to be a permanent solution.”

“It was created for a different energy market than the one we face today and has not protected consumers from what will be incredible hardship this winter.”

In the 10 years before the current gas crisis, prices averaged around 50p per therm. Now it stands closer to £6, a 12-fold increase. Nathan Piper, from bank Investec, said: “The crazy thing is we are experiencing record UK gas prices in the middle of summer, which just doesn’t normally happen.”

Data from the Intercontinental Exchange shows that gas for the winter of 2024 and 2025 is trading at nearly £4.20.

Meanwhile, Mr Piper said the UK was going to increasingly rely on liquefied natural gas (LNG), which is transported around the world on ships.

This is more expensive than gas piped across continents and will mean prices stay way above the historical average. He added: “For the UK, in particular, we are going to be more and more reliant upon LNG imports to satisfy our gas demand.

“And the era of cheap energy is over.”

Asked what else could go wrong, Mr Piper replied that LNG terminals might break down and Russia could cut off its remaining gas flows to the continent. He said: “What we’re relying on is that all the LNG terminals are able to produce gas.”

“The other thing is that the Russians could shut off the Nord Stream 1 pipeline completely.”

Gas prices spiked earlier this week after Gazprom announced it would shut the pipe for three days of maintenance next week.

Mr Piper said: “The question is, will they turn it back on?”

In comparison, US manufacturers are seeing higher prices, but still far below what Europe is seeing, making them more competitive.

He used Europe’s reliance on his gas to slowly drive up the price.

And after the West hit Moscow with sanctions, the Russian dictator used gas as a weapon.

A number of Putin’s supporters, and the Russian leader himself have warned consumers they will pay for the support of their governments for Ukraine.

French firm GRTgaz said it had not received anything from Nord Stream 1 since May and Eni of Italy has taken only half.

Last month, gas supply via Nord Stream was cut to 20 percent, days after Gazprom restarted it at 40 per cent after 10-day maintenance.

The Russian explanation for the lower flow to Europe was that another turbine at a compressor station was sent for repairs, while the one that Canada reportedly returned from being repaired has yet to arrive and be installed.

And while less than four percent of UK gas comes from Russia, we rely on exports from the continent. Inevitably these have been reduced as flow is cut, pushing up prices.

Thirty years on, a gripping account of Margaret Thatcher's downfall 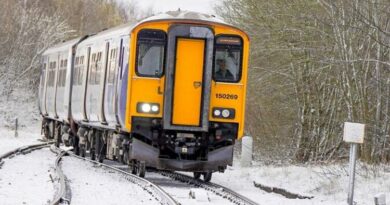