Home » World News » Boy, 5, tragically killed as massive tree falls on home breaking it in half 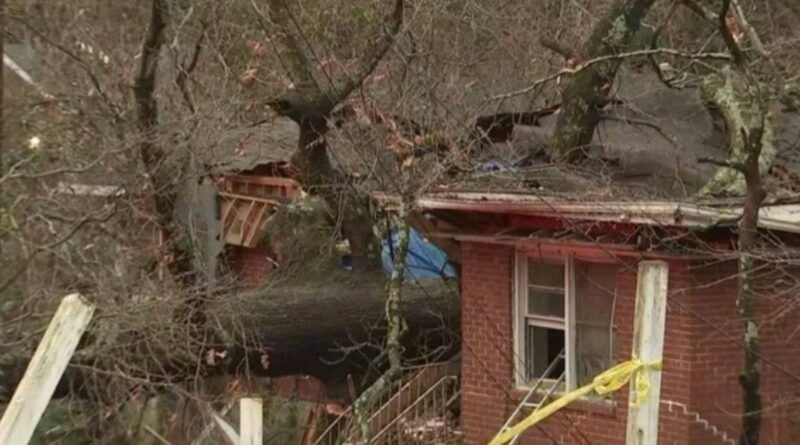 A five-year-old boy has tragically died after a massive tree fell onto his family home, breaking the house in half.

The mother of the boy, who is yet to be identified, managed to escape the incident on Monday morning without any serious injuries.

The boy died after becoming trapped in the wreckage of the house in DeKalb County, Atlanta, US, according to the Atlanta Journal-Constitution.

Captain Jaeson Daniels, from the responding fire crew, told the news outlet that emergency personnel could hear the distraught mother screaming when they arrived at the scene.

He confirmed that she was pulled from the house "virtually unharmed".

"She complained of no injuries, but the child was deceased," he said.

The sheer amount of damage to the house meant that firefighters had to first secure the building's structures before entering to retrieve the boy's body.

He continued: "There is so much destruction, it really just split the house in half."

The Atlanta Journal-Constitution reported that the region has seen unusual amounts of rain and rapid wind speeds as of late.

Six inches of rain came down throughout December, with a further 1.33 inches on Sunday night alone. 44mph gusts were also recorded overnight and a wind advisory warning was in place in the region at the time.

Talking to WSB Radio, Daniels discussed how these conditions, as well as the amount of old trees in the neighbourhood, contributed to Monday's tragedy.

"All the rain that we’ve been having, the ground has been really soft," he explained.

"It’s tough. Obviously, any loss of life renders a different feeling especially from the rescuers."

Neighbours have said that some of the homes in the area are over 65-year-old. One, Mary Smith, explained: "These trees are so old because these houses are old."

She added that she had been putting off cutting down a tree near her home as it is a costly process that isn't always covered by insurance.