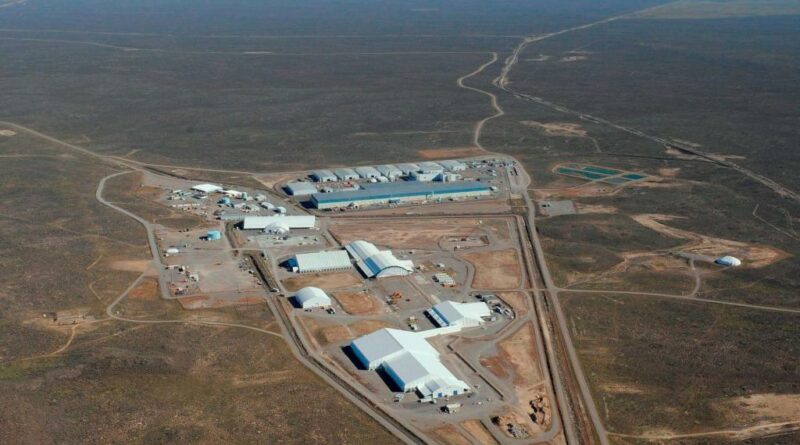 BOISE, Idaho — A lengthy project to dig up and remove radioactive and hazardous waste buried for decades in unlined pits at a nuclear facility that sits atop a giant aquifer in eastern Idaho is nearly finished, U.S. officials said.

The U.S. Department of Energy said last week that it removed the final amount of specifically-targeted buried waste from a 97-acre (39-hectare) landfill at its 890-square-mile (2,300-square-kilometer) site that includes the Idaho National Laboratory.

The targeted radioactive waste included plutonium-contaminated filters, graphite molds, sludges containing solvents and oxidized uranium generated during nuclear weapons production work at the Rocky Flats Plant in Colorado. Some radioactive and hazardous remains in the Idaho landfill that will receive an earthen cover.

The waste from Rocky Flats was packaged in storage drums and boxes before being sent from 1954 to 1970 to the high-desert, sagebrush steppe of eastern Idaho where it was buried in unlined pits and trenches. The area lies about 50 miles (80 kilometers) west of the city of Idaho Falls.

The cleanup project, started in 2005, is named the Accelerated Retrieval Project and is one of about a dozen cleanup efforts of nuclear waste finished or ongoing at the Energy Department site.

The project involving the landfill is part of a 2008 agreement between the Energy Department and state officials that required the department to dig up and remove specific types and amounts of radioactive and hazardous material.

Most of the waste is being sent to the U.S. government’s Waste Isolation Pilot Plant in New Mexico for permanent disposal. Some waste will be sent to other off-site repositories that could be commercial or Energy Department sites.

The Energy Department said it is 18 months ahead of schedule in its cleanup of the landfill.

“The buried waste was the primary concern of our stakeholders since the beginning of the cleanup program,” Connie Flohr, manager of the Idaho Cleanup Project for the Energy Department’s Office of Environmental Management, said in a statement. “Completing exhumation early will allow us to get an earlier start on construction of the final cover.”

Republican U.S. Rep. Mike Simpson represents the area that benefits from millions of federal dollars brought into the state by research work done at the Idaho National Laboratory.

“What exciting news for DOE and the Idaho Cleanup project,” he said on Twitter about the landfill work. “A successful clean-up means protection for the region and the Snake River Plain Aquifer.”

The Lake Erie-sized Eastern Snake River Plain Aquifer supplies farms and cities in the region. A 2020 U.S. Geological Survey report said radioactive and chemical contamination in the aquifer had decreased or remained constant in recent years. It attributed the decreases to radioactive decay, changes in waste-disposal methods, cleanup efforts and dilution from water coming into the aquifer.

The report said contamination levels at all but a handful of nearly 180 wells are below acceptable standards for drinking water as set by the U.S. Environmental Protection Agency.

The nuclear site started operating in the late 1940s under the Atomic Energy Commission, a forerunner to the Energy Department, and contamination of the aquifer began in 1952, according to the U.S. Geological Survey report.

Contamination reached the aquifer through injection wells, unlined percolation ponds, pits into which radioactive material from other states was dumped, and accidental spills mainly during the Cold War era before regulations to protect the environment were put in place.

Tritium accounted for most of the radioactivity in water discharged into the aquifer, the U.S. Geological Survey report said, but also included strontium-90, cesium-137, iodine-129, plutonium isotopes, uranium isotopes, neptunium-237, americium-241, and technetium-99.

In 1989, the area became a Superfund site when it was was added to the National Priorities List for Uncontrolled Hazardous Waste Sites.

The Energy Department shipped nuclear waste to Idaho until a series of lawsuits between the state and the federal government in the 1990s led to a 1995 settlement agreement.

The agreement was seen as a way to prevent the state from becoming a high-level nuclear waste repository. It also required cleanup and removal of existing nuclear waste, which continues.