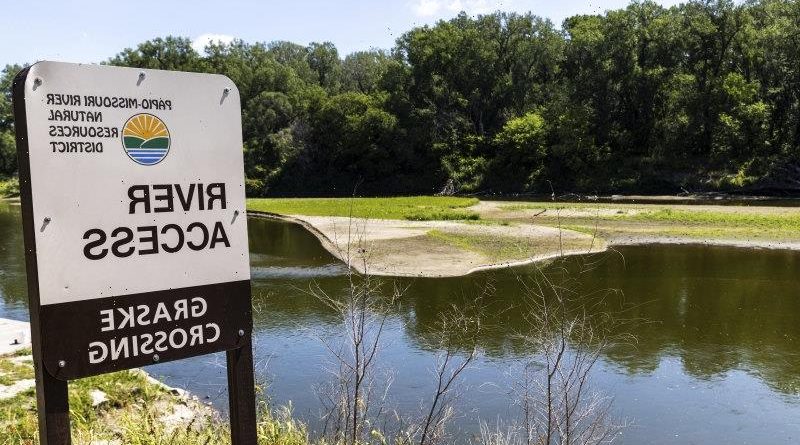 Omaha, Nebraska: A child likely died from a rare infection caused by a brain-eating amoeba after swimming in an eastern Nebraska river, health officials said, making it the second such probable death in the US midwest this northern summer and raising questions whether climate change is playing a role. 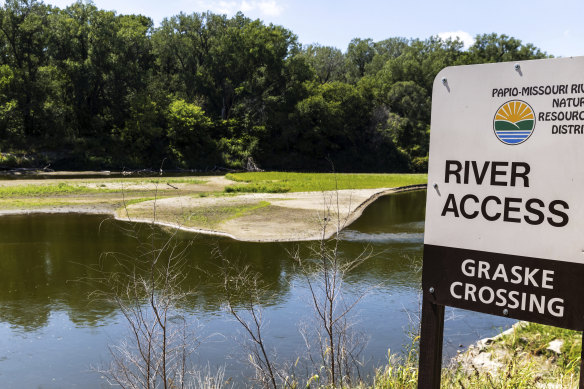 Health officials say a child likely died from a rare infection caused by a brain-eating amoeba after swimming in the Elkhorn River, picture, in eastern Nebraska on Sunday.Credit:Omaha World-Herald/AP

The Douglas County Department of Health based in Omaha, Nebraska, reported that doctors believed the child died of primary amebic meningoencephalitis, a usually fatal infection caused by the naegleria fowleri amoeba. Health officials believe the child came into contact with the amoeba on Sunday while swimming in the Elkhorn River just west of Omaha.

Officials have not released the child’s identity.

Last month, a Missouri resident died of the same infection likely caused by the amoeba at Lake of Three Fires in south-western Iowa. Iowa officials closed the lake’s beach as a precaution for nearly three weeks.

People are usually infected when water containing the amoeba enters the body through the nose while swimming or diving into lakes and rivers. Other sources have been documented, including tainted tap water in a Houston-area city in 2020. Symptoms include fever, headache, nausea or vomiting, progressing to a stiff neck, loss of balance, hallucinations and seizures. 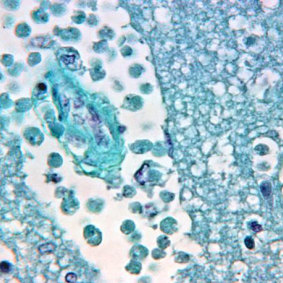 A brain tissue specimen after a naegleria fowleri amoebic infection. Credit:Centres for Disease Control and Prevention

The US Centres for Disease Control and Prevention says naegleria fowleri infections are rare – there are about three cases in the US every year – but that those infections were overwhelmingly fatal.

There were 154 cases reported between 1962 and 2021 in the US, with only four survivors, according to the CDC. Of those, 71 cases were reported between 2000 and 2021. Texas and Florida recorded the most infections with 39 and 37 cases respectively, and the amoeba is typically found in southern states because it thrives in waters that are warmer than 30 degrees Celsius.

But infections have migrated north, including two cases in Minnesota since 2010, Douglas County Health Director Dr Lindsey Huse noted during a news conference on Friday (AEST).

“Our regions are becoming warmer,” she said. “As things warm up, the water warms up and water levels drop because of drought, you see that this organism is a lot happier and more typically grows in those situations.”

According to the National Water Information System, the surface water temperature near where the child was swimming was between 30 and 33 degrees.

Jacob Lorenzo-Morales, a researcher at the Universidad de La Laguna in the Canary Islands who has studied naegleria fowleri, said an increase in infections since 2000 can be blamed on two factors: better knowledge and diagnosis of the disease, and the rising temperature in bodies of water providing “a perfect environment” for the amoeba to thrive.

Researcher Sutherland Maciver, who has studied the amoeba at the Centre for Discovery Brain Sciences at Edinburgh Medical School in Scotland, says not all infections are reported and that the 430 cases that have ever been reported worldwide are almost certainly an undercount. And, he said, scientists could not say with certainty that the Nebraska case was directly attributable to climate change.

The two researchers co-authored a paper titled Is Naegleria fowleri an Emerging Parasite? that examined factors behind the increase in reported cases.

Health officials recommend that freshwater swimmers plug their noses, avoid putting their heads underwater and avoid activities such as water-skiing and tubing, which could force water into the nose, eyes or mouth. You cannot be infected by drinking contaminated water. 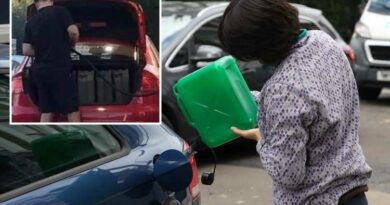 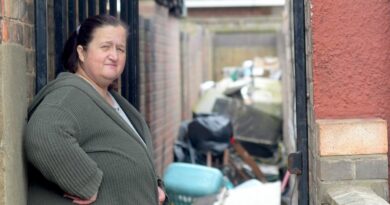