Home » World News » Brauchler: If you care about justice, your vote for district attorney matters — a lot

This is the most significant decision you may make Tuesday on an otherwise sleepy primary ballot: District Attorney.

George Floyd, Elijah McClain, officer-involved shootings, the building crime wave, school shootings, enforcement of public health orders, even the definition of “justice” itself are each impacted by who is the top law enforcement official in your community.

America alone elects its chief prosecutors. Colorado alone term-limits them. As a result, the DAs for four of the state’s five largest offices, representing more than 50% of Colorado’s population, are changing hands next January. They are the most powerful positions in local government, more powerful than the attorney general, governor and Supreme Court. No other public official can—with the stroke of a pen—start the machinery of government against an individual in our communities to take away their good names, their treasure, and even their liberty.

This year offers a stark choice. Is it more important that a candidate sings the most pleasing political and ideological song about the criminal justice system, or that they have spent a career understanding and seeking justice? While the path to becoming DA is political, the job should not be. Legal, ethical, and moral obligations more vast than the broad prosecutorial discretion that is annually chipped away at by an activist pro-offender legislature should guide the DA’s decisions, not the din of the mob.

If you want an unproven administrator, academic, or ideologue who seeks to ride the politics of the moment into office on social justice platitudes, read no further. But if the experience to make real change and to obtain justice matters to you, here are some insights as you evaluate DA candidates.

Impressive-sounding job titles are irrelevant. What a person did with them alone matters. For instance, an assistant U.S. attorney or assistant attorney general is not necessarily a prosecutor, even though the media erroneously reports this all the time. A huge portion of those offices handle non-criminal matters. Those attorneys do not go to trial much, if at all. Special assistant U.S. attorney? While in the military I was one, handling traffic cases and low-level civilian crimes on a military installation.

Even “deputy DA” can be misleading. Ask where and for how long were they actual prosecutors? Did they move into your community just to run for DA? Ask your metro-area candidates this question: What is the biggest case you have taken to trial as the lead
prosecutor? If you hear any word other than “murder,” move on. They lack the experience to sit on the bench, let alone be the captain of the team. We have interns with more prosecution experience than some of the candidates for DA. Would you vote for an intern?
When the call comes in about an active shooter barricaded in an apartment or at a Planned Parenthood clinic, or a father who has murdered his wife and two angelic daughters, you deserve a DA who is able to do more than look around the room at their infinitely more experienced employees and ask “What should I do? What should I say? Should I offer a plea bargain?”

When someone under the age of 18 plans a mass shooting at a school or kidnaps, sexually assaults, and murders a child, you want someone who can assure the victims they will fight for justice for their kids and the community, not someone who made a blanket campaign pledge never to prosecute a juvenile as an adult, which could result in a mere one year sentence for unfathomable evil.

The elected DA must be capable of leading the prosecution of the biggest, worst cases in your community, whether they be mass murders, filicide, cold case serial killers, or even an officer who commits murder. Imagine having a loved one murdered or sexually assaulted, a child victimized, or your home burglarized and discovering that the DA making the decision about whether to fight for justice has never handled any of those types of cases.

No parent would choose a hospital administrator to make decisions about the necessary treatment for their sick child over a skilled and experienced pediatrician. No community should choose a politician with more time running for elected office than handling criminal cases over someone with a career of experience in the criminal justice system, whether as a defense attorney or prosecutor.
A just prosecutor resists against all public outcry the use of their massive authority based upon the din of the mob, political expediency, or an online petition.

DA is not a position for on the job training. Ideology or experience. I know what I value for justice and the safety of my family and our neighborhood. Do you?

George H. Brauchler is the district attorney for the 18th Judicial District, which includes Arapahoe, Douglas, Elbert and Lincoln counties. 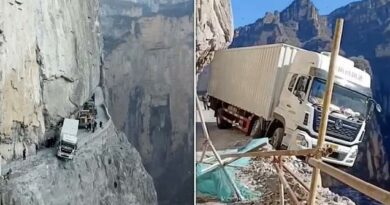 ‘We don’t have enough people to answer the calls:’ Durham Regional Police Association 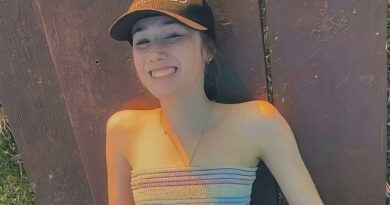 Body of missing Michigan woman, 18, believed to be found buried in 'fresh dirt' outside home: police