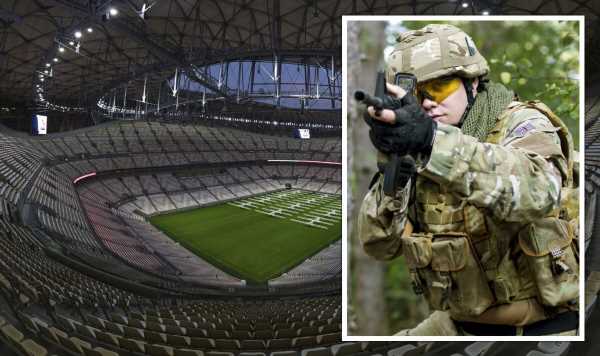 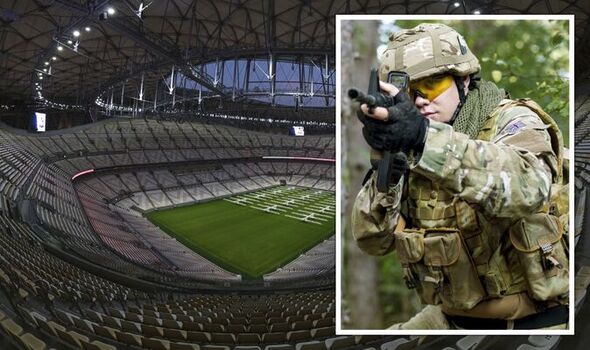 The move follows a visit in May by the Emir of Qatar, Sheikh Tamim bin Hamad Al Thani, when he met Boris Johnson to discuss how the UK could support security operations at the soccer tournament in November.

The training, which is taking place at a remote military base, has included the use of specialist vehicles to gain access to planes and buildings in the event of a hostage rescue incident.

Its remit covers a wide range of scenarios from an attack on utility services and a cyber shutdown of the nation’s infrastructure, to a direct kidnap or attack.

The unit will remain in Qatar throughout the tournament where, wearing Qatari uniform, it will assist in the security operation.

The RAF will next month send eight Typhoons from 12 Squadron based at RAF Coningsby to Qatar, where they will begin to operate alongside Qatari counterparts.

HMS Lancaster will also maintain a high presence off the coast.

The Type 23 frigate was fitted with extra deck-mounted machine guns before last week’s sailing from Portsmouth for Bahrain, where she will replace HMS Montrose as the main Royal Navy asset in the Gulf region.

Qatar, with a population of 2.8 million, is the first Arab nation to host the World Cup.

More than 1.7 million people are expected to descend on the Gulf state to watch the 64 games, which start in mid-November and finish just before Christmas.

And in a report to FIFA he stated: “I am of the view that it would be very difficult to deal with a major incident in such an environment without having to cancel the event.”

Viking Sky arrives at Norway port after near disaster 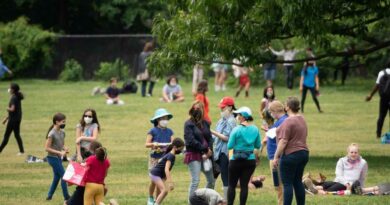