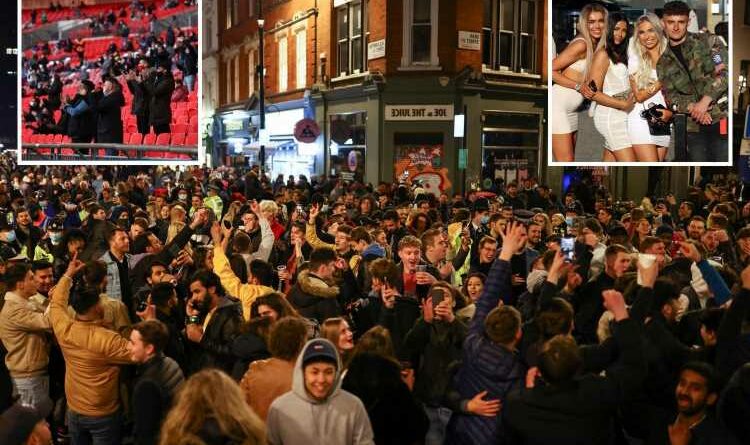 But as photos showed revellers and shoppers ignoring social distancing, Brits were warned that rules to stop the spread of Covid are not over. 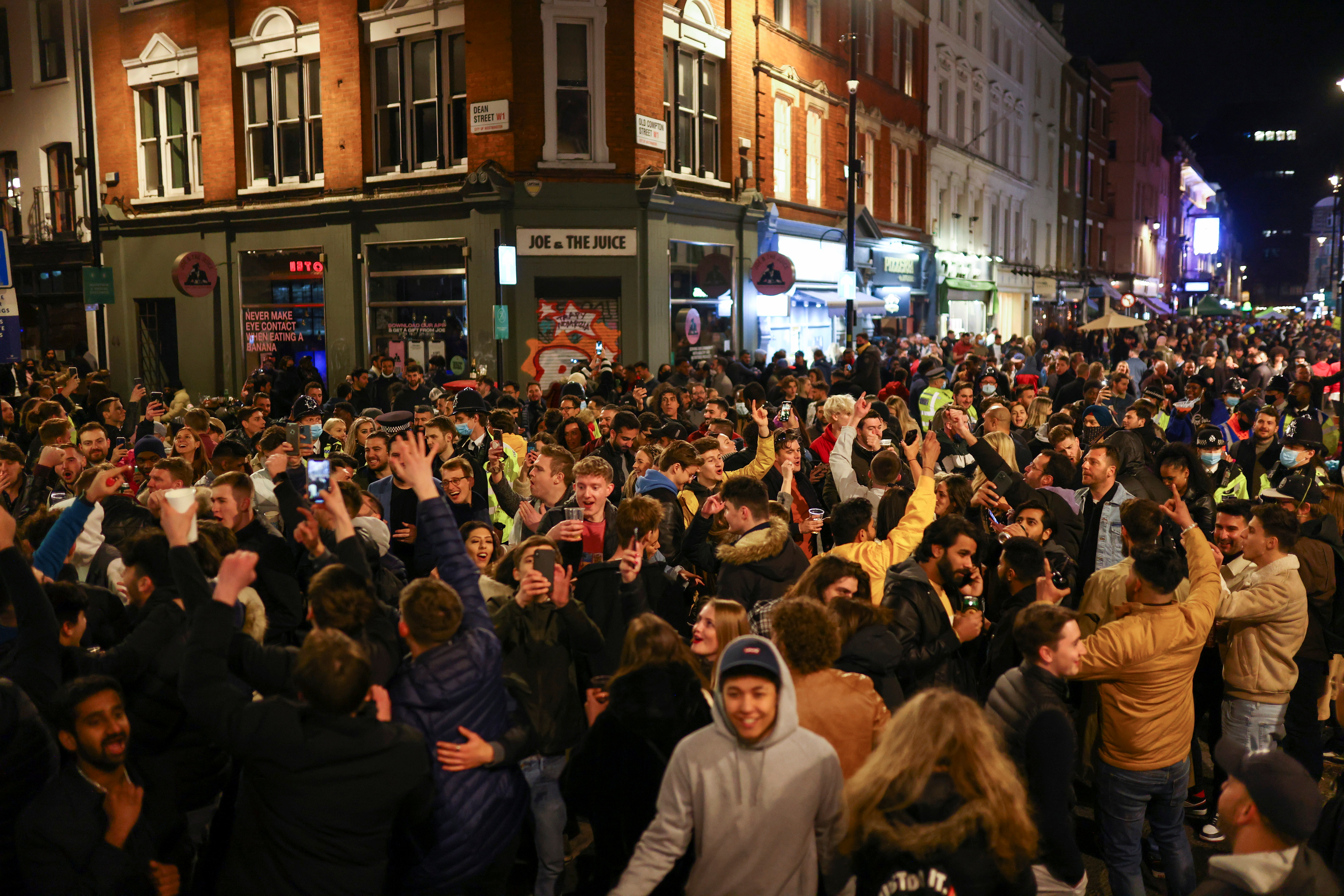 The four million pints a day we guzzled over the past week will soar to six million this week — as better weather and growing confidence in bars being Covid-safe encourages more people to go out.

Brits have downed so much beer in the past week that the amount drunk would fill Wimbledon’s Centre Court. Some 30million pints have gone down the hatch.

A crowd of 4,000 watched last night’s FA Cup semi-final between Leicester City and Southampton, made up of NHS heroes and local residents.

It was the first time fans were back watching football since December. Numbers will be increased to 8,000 for the Carabao Cup final at Wembley between Tottenham and Manchester City on Sunday.

It comes after 325 snooker fans piled into Sheffield’s Crucible Theatre and sat socially distanced to watch the opening matches of the World Snooker Championship. 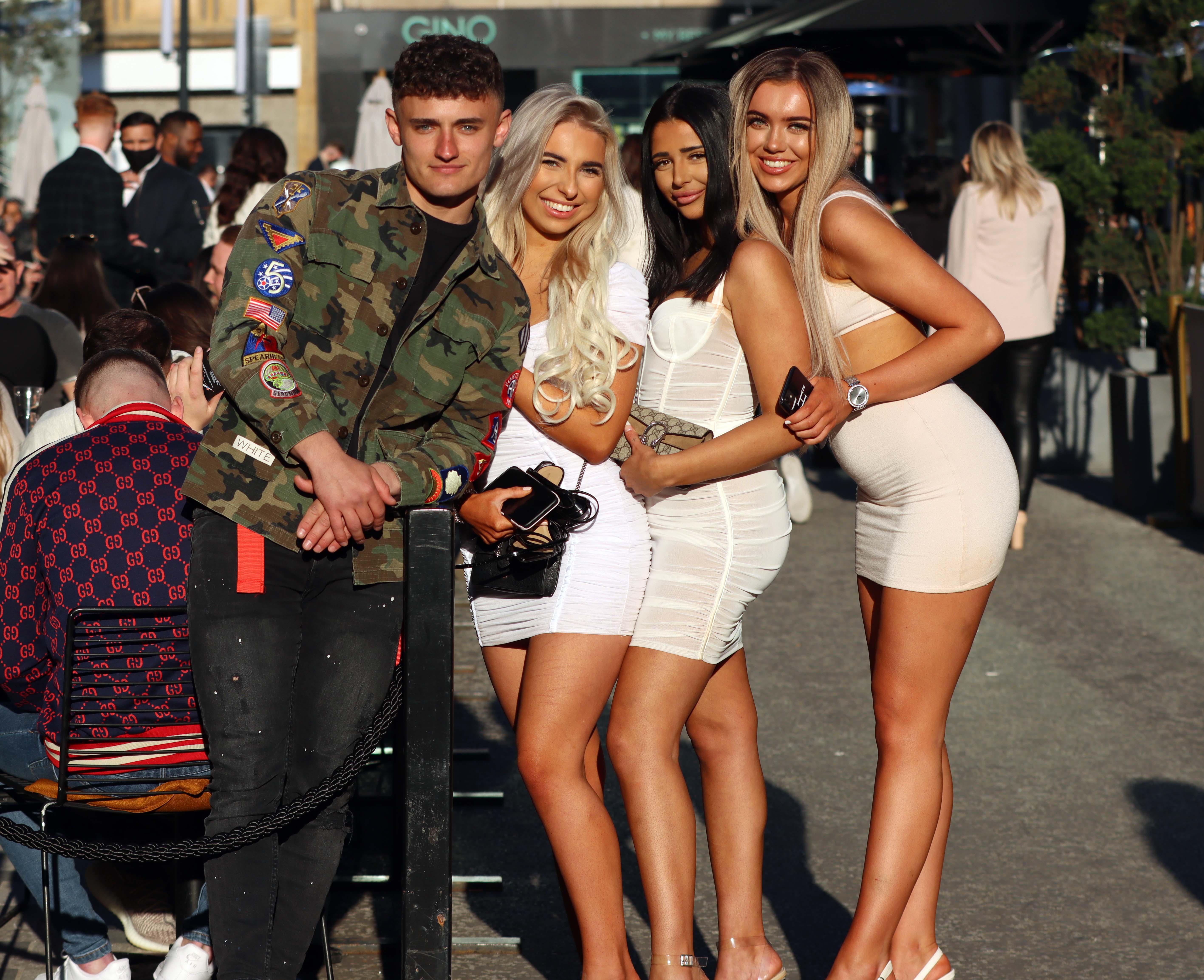 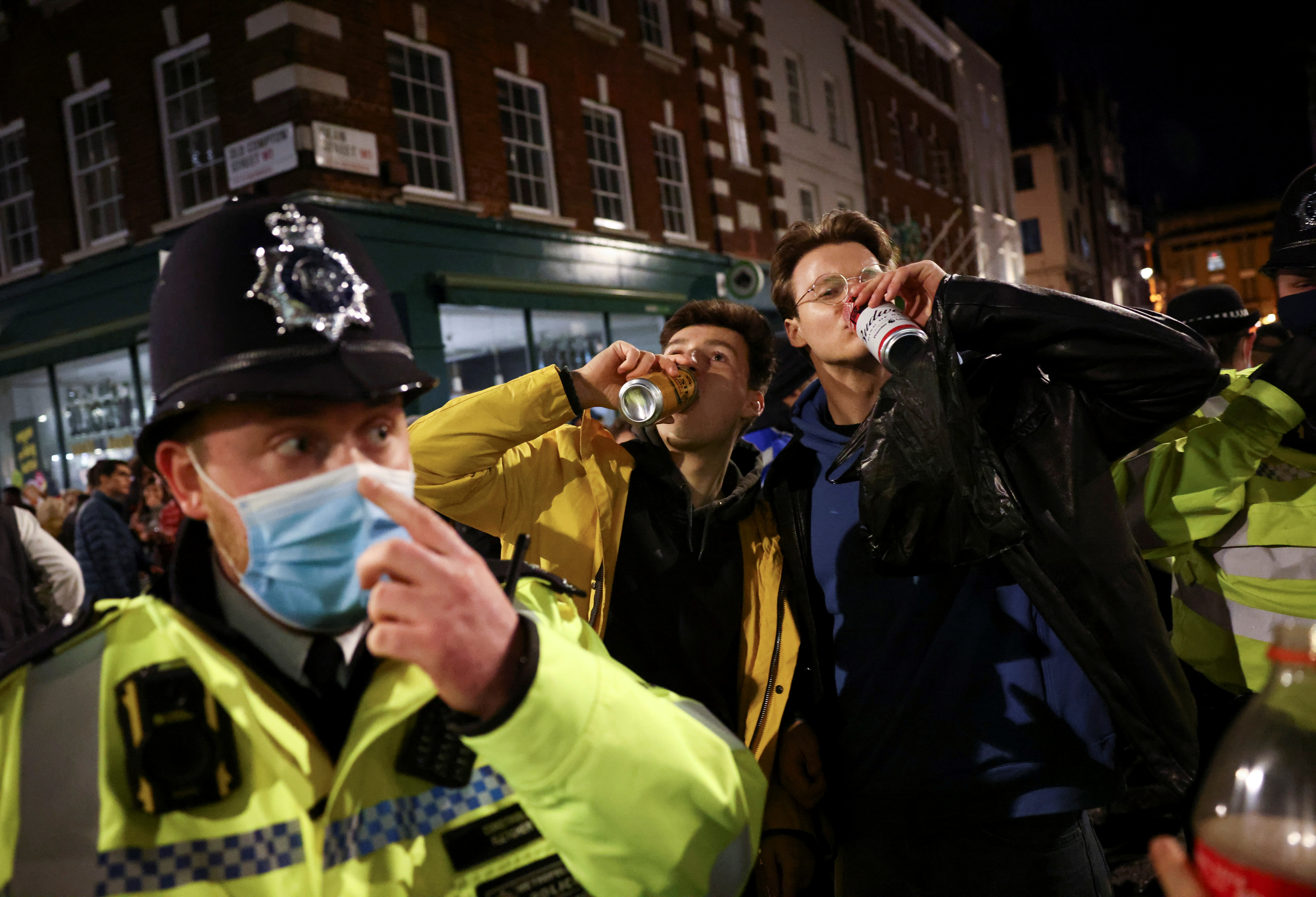 Meanwhile, music lovers in Liverpool will get the chance to enjoy a near-normal gig in a pilot event.

A crowd of 5,000 will watch Blossoms at Sefton Park on May 2 without social distancing or masks. But they will first need a negative Covid test.

Ministers will review the events to work out how venues can operate safely in the summer.

Around 2.7million Brits hit pubs at the weekend while 20million flocked to reopened shops.

Breweries are scrambling lorries to deliver another ten million pints to pubs so bars’ stocks do not run out amid the nation’s run on beer.

The first weekend since October 14 with pubs open in every area of England saw raucous scenes.

Impromptu street parties were seen in London’s Soho, with tens of thousands of revellers and even a dancing policeman roared on by crowds.

The masked bobby was clapped and cheered as he did an Eric Morecambe-style “Bring Me Sunshine” routine.

But he was given a mild rebuke for his antics. The Met said: “The officer has been reminded of the importance of ensuring that safe social distancing is maintained.”

Jubilant party-goers were seen in other cities across England including Manchester, Birmingham, Newcastle and Leeds.

Councils closed off some streets outside bars to spread out drinkers, creating a festival atmosphere. 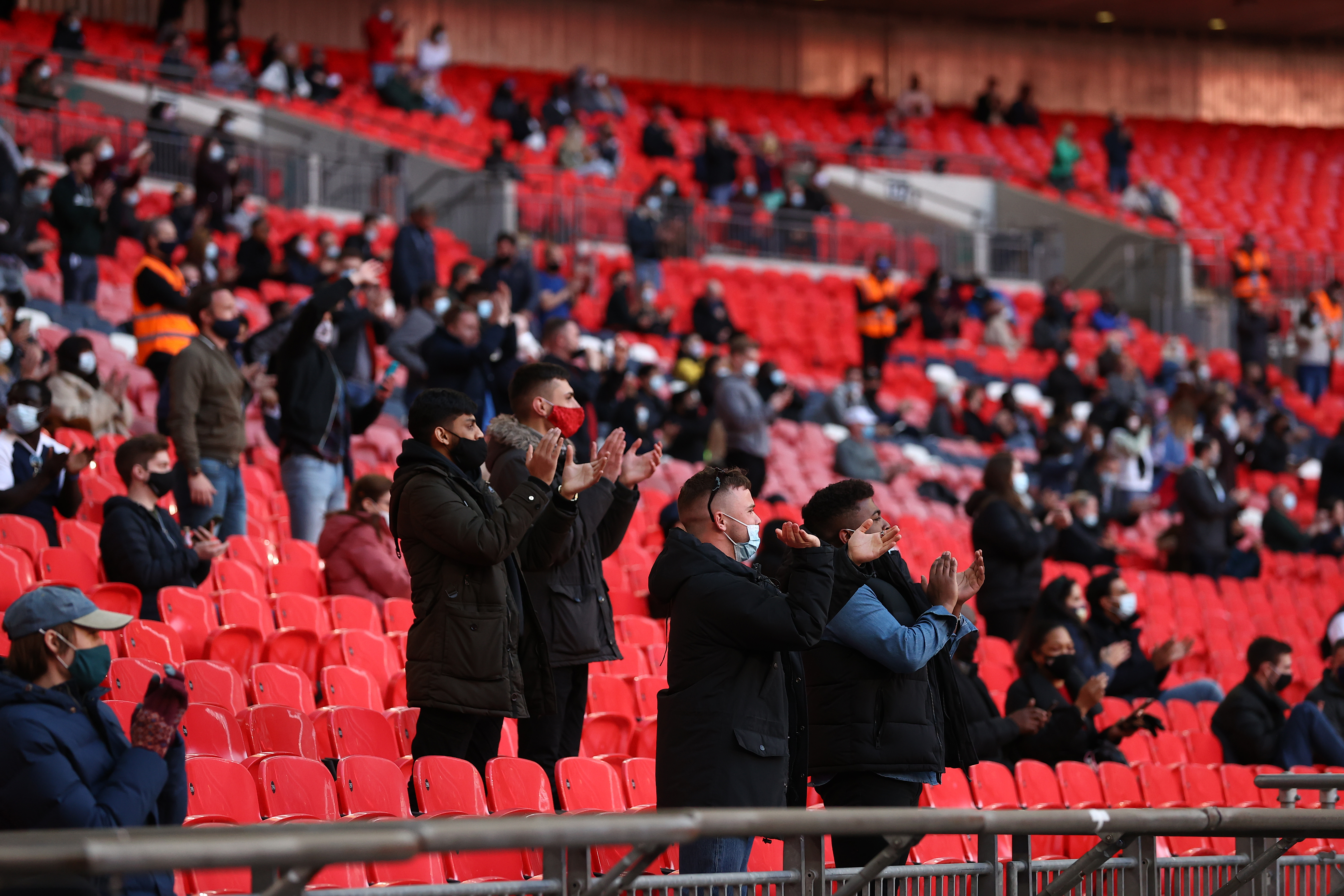 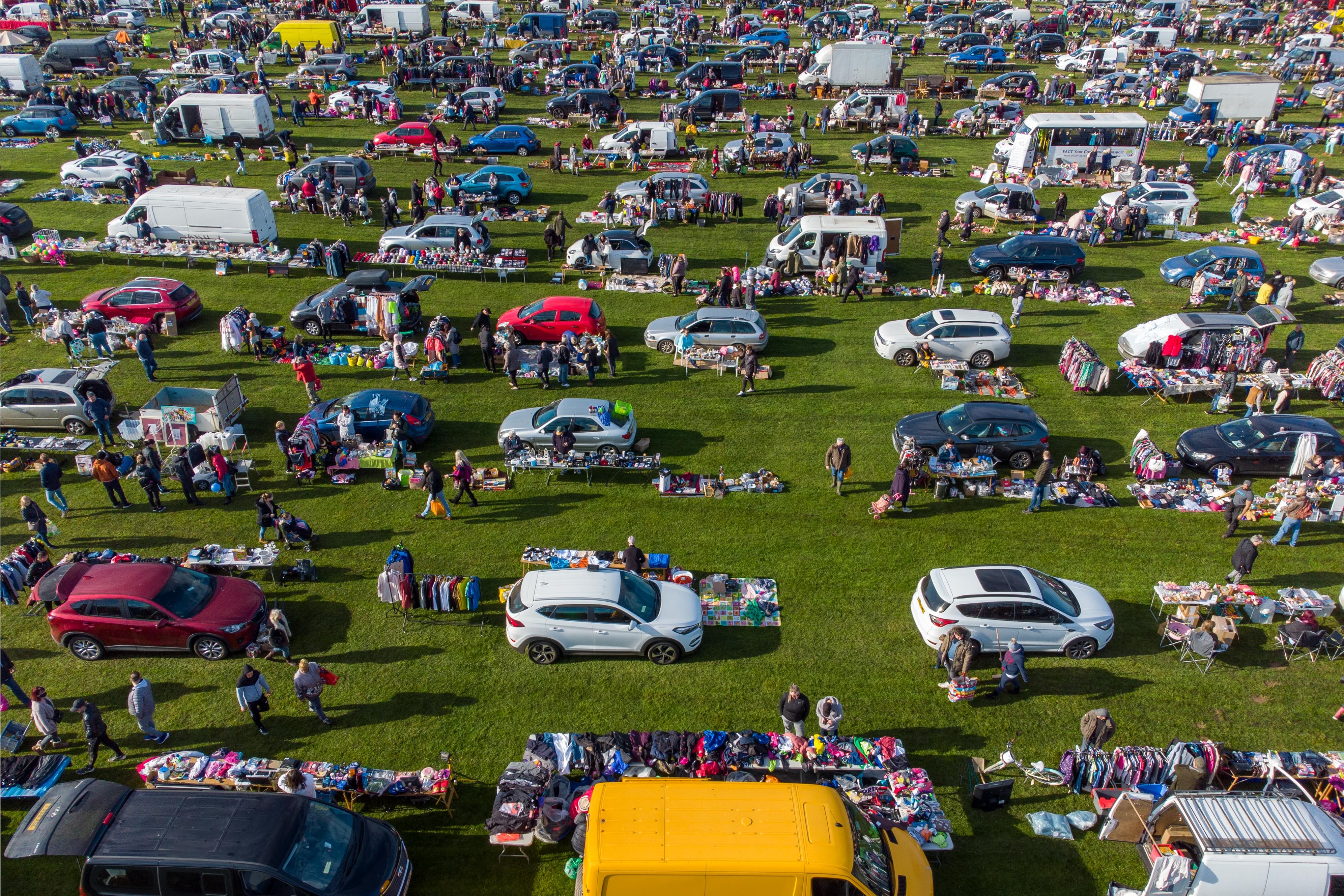 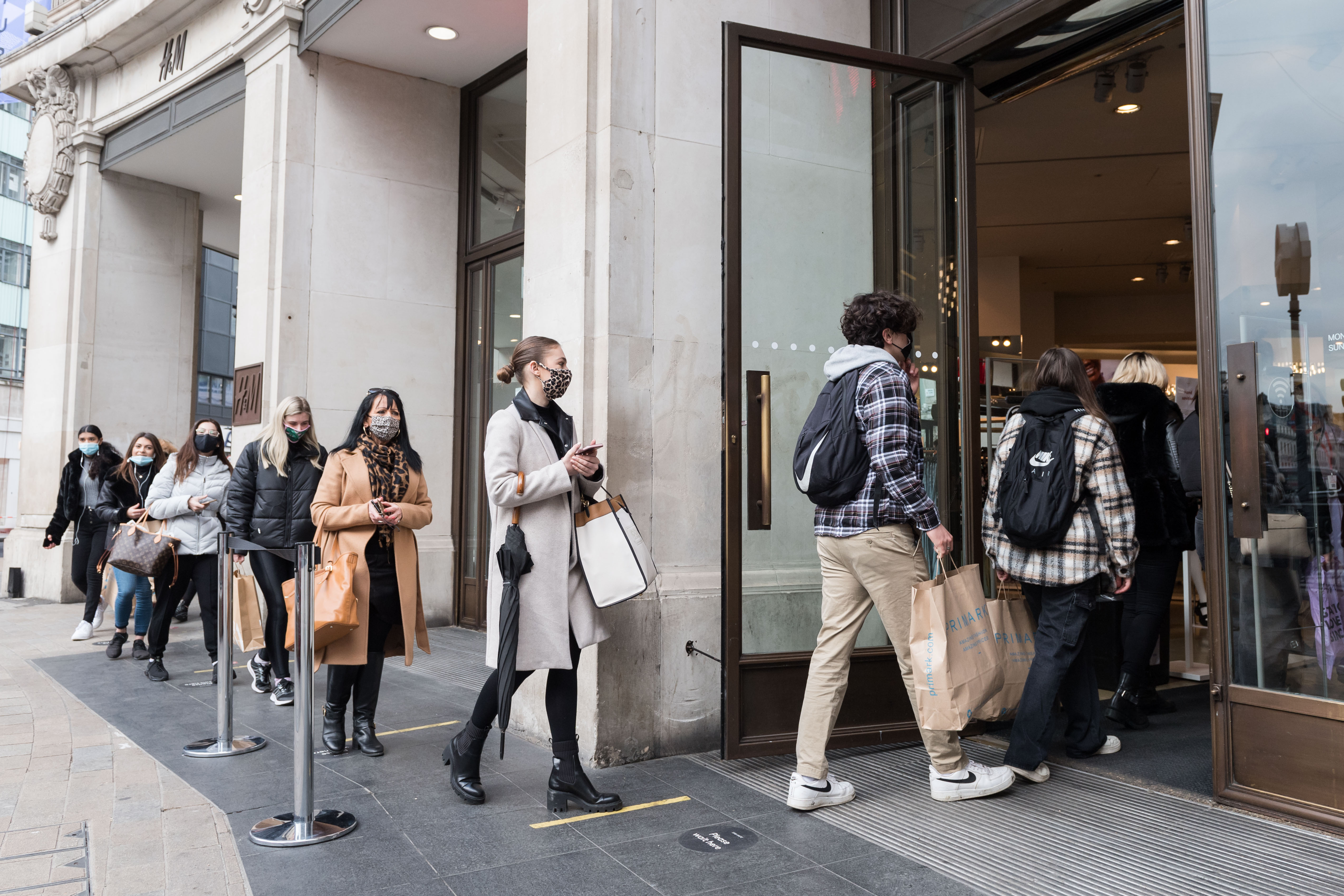 The Anglers, in Teddington, South West London, saw kids flock to its slides, monkey bars, table football and table tennis. A punter tweeted: “Joyous to be back.”

But the Met’s Deputy Assistant Commissioner Jane Connors added a note of caution. She said: “It’s important we all stick to the rules so further lockdowns, or restrictions, are avoided.”

Around 50,000 pubs and restaurants are now serving alcohol, with £250million spent at the weekend.

A VoucherCodes.co.uk study with the Centre for Retail Research showed £2.8billion was spent in shops. 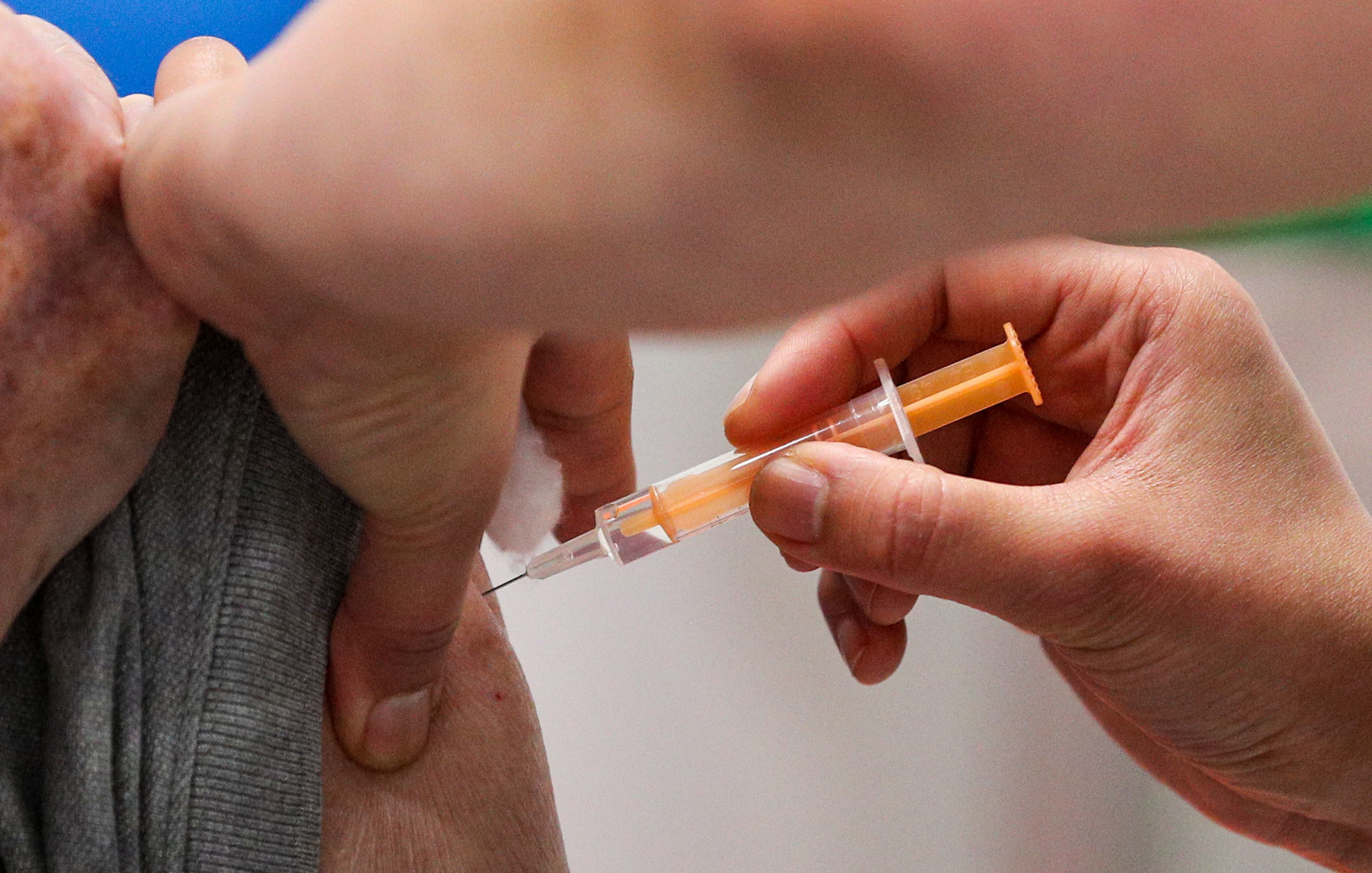 Shoppers’ demand was so high at the weekend that they had to queue for Ikea’s car park at Valley Park, Croydon, South London.

And staff at next door Sports Direct and B&Q had to walk customers out of the stores at their 8pm closing times on Saturday — a time when they are normally quiet as shoppers have headed home.

A Sports Direct shop assistant said: “We’re busy, and especially for trainers. You can’t try them out on the internet.”

Where is Donald Trump? US President spends another week playing golf – this is the cost