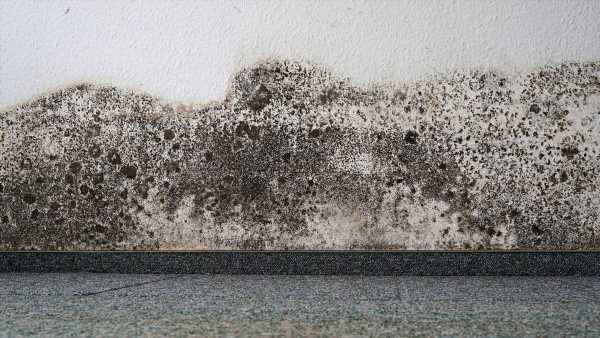 The owners of an ‘uninhabitable’ Christchurch home have been ordered to pay their tenant almost $40,000 after it was found they failed to maintain the property leading to a child living there becoming extremely unwell.

It has been revealed today that the child was diagnosed with rheumatic heart disease after living in a house that was not healthy or safe and was not compliant with national requirements. The mould was so bad that the “vulnerable” tenants’ possessions had to be destroyed.

Following an investigation by the Ministry of Business Innovation and Employment’s tenancy compliance and investigations team, landlords Anne and Roger Stocker were taken to the Tenancy Tribunal.

There they were ordered to pay $38,626.12 after it was ruled they were guilty of multiple breaches of the Residential Tenancies Act 1986 (RTA)relating to the house.

MBIE confirmed today the Stockers’ breaches included failing to maintain the property in respect of health and safety matters, failing to complete general maintenance, failing to appoint an agent while not residing in New Zealand, not lodging bonds, and not complying with smoke alarm requirements and insulation statement requirements.

These breaches related to a Christchurch rental property housing a vulnerable Pasifika family over a number of years.

“The substandard conditions of the property are believed to have significantly contributed to a child developing rheumatic heart disease which will have a continuous impact on their life,” said MBIE in a statement.

“The conditions affected the family in many ways including rooms being unusable due to their condition and tenants’ possessions having to be destroyed due to mould and dampness.”

Tenancy compliance and investigations national manager Steve Watson said that the evidence of harm from the poor condition of the property showed the couple “demonstrated deliberate wilful non-compliance as landlords”.

“There is no justification for the poor behaviour of the landlords, which amounted to serious exploitation.

“The landlords were aware of the condition of the property yet failed to take any steps to prevent harm to the occupants and showed no concern for the serious health implications on the young child living in the house.

“The most concerning thing about this case is the length of time the tenants had to live in a substandard property which severely impacted their health and that of their young child, as well as their daily lives.”

Watson said the Tenancy Tribunal found that the landlords were aware of the breaches of the RTA that they had committed and continued to manage the tenancy in an unacceptable manner,without engaging or showing any willingness to remedy any of the harm and health problems they caused the tenants.

“The landlords seemed to be motivated by the fact the tenants had nowhere else to go and were vulnerable to exploitation.

The tenancy was referred to TCIT by the Christchurch City Council after it conducted its own investigation which was initiated by a Canterbury DHB referral.

That referral came after a child who had been living at the property was admitted to hospital due to their health condition.

According to the Tenancy Tribunal finding, a senior CCC environmental health officer concluded that the premises were “so affected by mould and damp as to be uninhabitable” and that on a scale of 1 to 10 – where 10 was the worst measure – the premises were at level nine for inhabitability.

“This case highlights that agencies are committed to working together to address any breaches of the RTA and other legislation designed to protect tenants, and keep them warm, dry, and safe,” said Watson.

“TCIT will always try to work with landlords first to help them understand and comply with the requirements of tenancy law.

“However, where there is a serious or ongoing breach of the RTA, we will use the enforcement tools available to us as the regulator.

“TCIT continues to focus on significant or ongoing breaches of the RTA which pose a serious risk to vulnerable tenants.”

According to property records the Stockers own one house in Christchurch currently, in the suburb of Burwood.

They have previously owned at least six other houses in the city.

They now reside in Australia.

Baltimore museum will acquire art only by women in 2020

Suspected serial killer ‘off the streets’ after 14 years