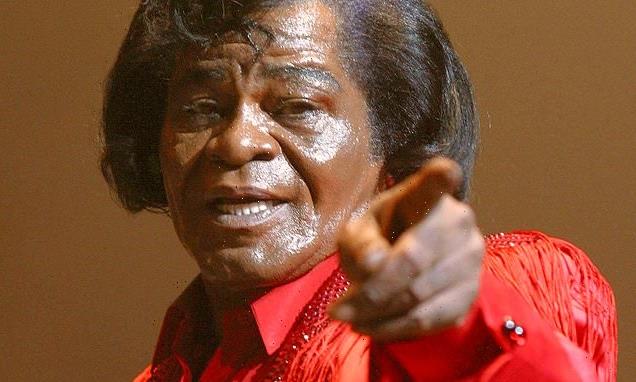 Did the CIA spy on James Brown? Intelligence service refuses to confirm long-running rumours it monitored the soul legend

The CIA has refused to say whether it spied on singer James Brown.

The ‘Godfather of Soul’, who died in 2006 aged 73, claimed he was the subject of a spying campaign after he intervened following the murder of civil rights campaigner Martin Luther King in 1968.

Now the mystery has been reignited as court documents reveal the CIA said it could not discuss any links to Brown as this could ‘cause serious damage to US national security’.

It comes after CNN launched legal action against the CIA under freedom of information laws, with a judgment due next year. 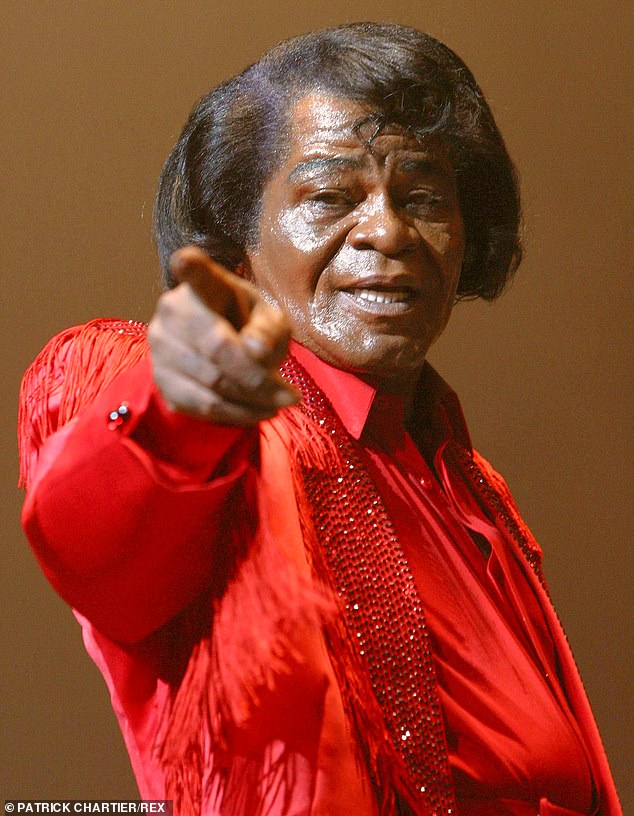 The ‘Godfather of Soul’ (pictured), who died in 2006 aged 73, claimed he was the subject of a spying campaign after he intervened following the murder of civil rights campaigner Martin Luther King in 1968

The CIA, America’s foreign intelligence agency, is banned from spying on US citizens within the country.

The accusations were first made by the singer, known as the Godfather of Soul, shortly before his death from heart failure.

Brown alleged that the spotlight fell on him after he intervened over the Luther King murder.

The singer, by then one of the most prominent black entertainers in America, appeared on television urging enraged black communities to ‘cool it’.

Brown was also credited with stopping rioting from breaking out in some US cities by performing in a widely-broadcast concert in Boston the night after the killing.

In his 2005 book ‘I Feel Good: A Memoir of a Life of Soul’, Brown said: ‘There was a lot of suspicion, especially among the national police, the FBI, and the CIA about this so-called display of ‘Black Power’ on my part.

‘Their thinking went something along the lines of, if he could stop a riot….he could just as easily start one.

‘From that moment I knew I was put under national security surveillance…I could sense them watching me, spying on me, staking out my home.’ 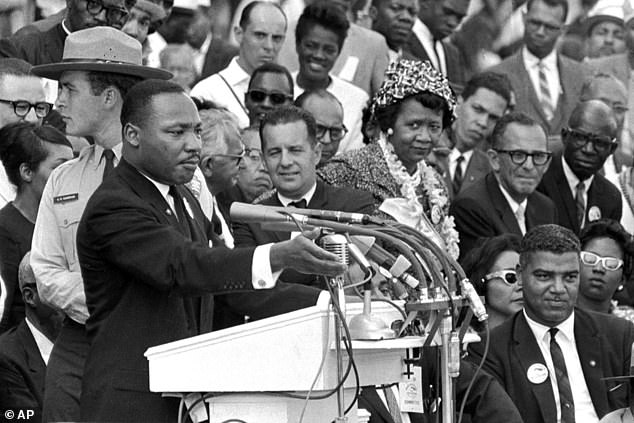 Brown alleged that the spotlight fell on him after he intervened over the Luther King murder. Pictured: Martin Luther King Jr on August 28, 1963

The book’s co-author Marc Eliot said told CNN that he did not believe the claims were true.

Brown did go on to claim ‘they were able to see me through TV’ with ‘some kind of special reverse X-rays or something’.

CNN launched the legal action in March, with a judge expected to make a ruling next year.

In response to the legal action, the CIA said that it could not find any unclassified documents concerning Brown.

But the agency said it could neither confirm nor deny having any classified records on Brown.

It said that confirming an individual has co-operated with the agency could ‘cause the targets to take retaliatory action against that person or against their family or friends’.

During his decades-long career, Brown was targeted by the FBI and US tax inspectors.

In a 1972 letter to the White House, during his friendship with then president Richard Nixon, Brown complained about being harassed by investigators from an unknown state department. 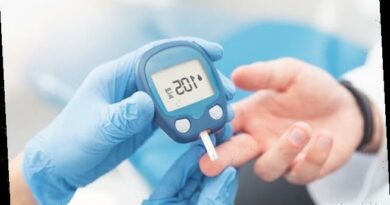 Just 12 weeks on a low-carb diet 'can beat diabetes'