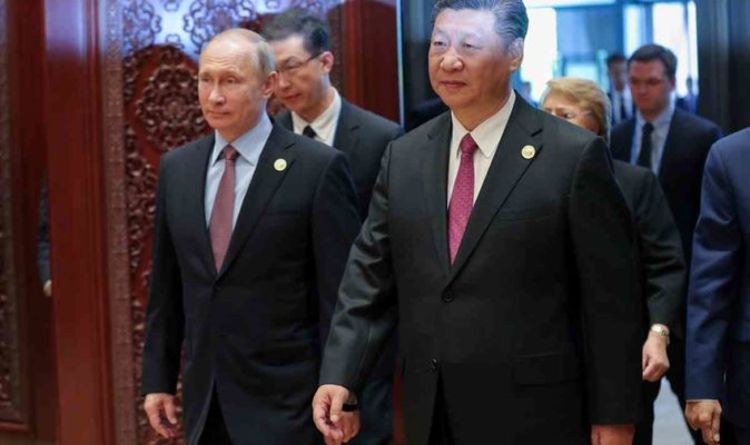 China 'will continue to win' against UK and allies says MP

The two European ports in question are Valencia in Spain and Vado in Italy. These ports that have been reportedly compromised by Chinese infiltration are key strategic harbours for NATO. NATO’s Secretary-General stated: “China is coming closer to us.

“We see that in the Arctic.

“We see they are heavily investing in critical infrastructure in Europe, and we see of course China also operating in cyberspace.”

NATO produced a document to study the recent expansionist developments from China.

The study states that NATO “recognises that China’s growing influence and international policies present both opportunities and challenges that we need to address together as an Alliance”.

The document, called NATO 2030, was met with a furious response from Beijing.

The Politburo of the Chinese Communist Party responded by saying NATO were creating “an excuse to manipulate bloc politics, create confrontation, and fuel geopolitical competition”.

It added: “If anyone wants to pose a ‘systemic challenge’ to us, we will not remain indifferent.”

China is using its large amounts of foreign currency reserves to invest in developing infrastructure in foreign ports.

This is part of Chinese president Xi Jinping’s Belt and Road Initiative.

The project has already secured key roles in strategic ports across the globe.

The movement into Europe is part of Beijing’s effort to secure control of global trade routes.

Speaking to Foreign Policy, Neil Davidson, a senior analyst for ports and terminals at Drewry, the maritime consultancy, said: “For somebody like Cosco, the deals make sense financially, and they can make their lords and masters in Beijing happy because it fits the Belt and Road narrative.

“At the bottom, there is a geopolitical underpinning to a lot of this.”