Home » Common sense must be used in debate of police reform 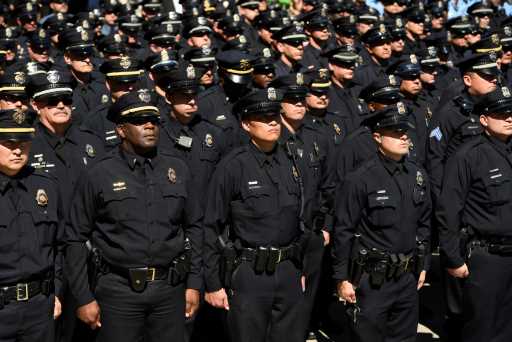 Common sense must be used in policing debate

It seems that activists, celebrities, politicians and the news media have all suddenly become “armchair” experts in the field of policing. This is despite the fact that they have no police training or experience, and all too often, no common sense. This came out very clearly in the proposals provided by Denver’s Task Force on Policing. While there may be room for a few changes, some proposals show a definite lack of thinking things through. This problem may have been remedied had experienced police officers been able to actively participate in the proposal process.

For example, banning police from using physical restraints on children would be fine for a cooperative and remorseful child, but what about a child out of control, hitting, biting, scratching and kicking other students and teachers while tearing up their classroom? Banning police from using force and restraints essentially makes the police a spectator to a child’s acting-out behavior. They may as well not even be called. However, someone will need to get the situation under control, and who would like to volunteer, members of the task force perhaps?

We see way too much police bashing, and I believe it is causing widespread disrespect for police and the law. It seems lawbreakers have become more emboldened to resort to violent behavior in resisting the police. The vast majority of officers do a difficult and increasingly dangerous job the right way every day. They don’t need well-meaning proposals that are unrealistic and lack foresight, making an already tough job tougher.

The Task Force to Reimagine Policing and Public Safety recently made more than 100 recommendations to help address demands to implement change to American Policing. Unfortunately, some of the recommendations reveal an acute lack of understanding of policing principles and may create further harm to citizens and police alike.

For example, the task force recommends automatically firing law enforcement officers who kill someone who is unarmed. In a perfect world, where humans and the violence they can commit is predictable, that may be a lofty and admirable threshold for police conduct.

However, police experience has repeatedly taught us that humans are not always predictable and many methods other than guns or knives are used to harm others. Basic police practice authorizes the use of deadly force when the life of a citizen or an officer is in jeopardy and no lesser force will suffice to save that person.

Do you now want to add the stipulation deadly force by police can only be used when the type of risk to the citizen or officer is from someone armed with a gun or a knife?

Carefully examine how many imaginative, crude and deadly ways someone can harm another human being without the aid of traditional weapons and you may quickly rescind this task force recommendation.

Paying more at the pump not the right solution for roads

There’s no doubt our roads, bridges and tunnels are in serious need of repair and expansion, but raising taxes and fees are not the only alternatives.

For the November 2018 election, the Independence Institute sponsored a ballot initiative that would have bonded $3.5 billion for specifically listed road and bridge projects around the state without raising taxes or fees. That initiative failed, partly because it was competing against another failed initiative that would have raised taxes for transportation and transit projects — projects that were laden with funds for buses, trains, bike lanes and other multi-modal transit ventures.

We can fix our roads without raising taxes and fees if we really want to.

Let’s understand this rationale: At a time when the consumer is being hit with an across-the-board high inflationary costs on virtually everything, including gas, this governor wants to increase the price of gas with an added tax which they call a “fee,” to circumvent TABOR, which prevents the legislature from raising taxes without the people’s approval.

This method of indirect taxation is an abuse of power by a one-party controlled state legislature and governor. TABOR has kept the state fiscally responsible with balanced budgets for decades. Economic growth has given the politicians increased revenue every year and a surplus for a “rainy day fund’ in reserve.

Granted: Yes, we need more funding statewide for roads and highways. But, it should be a matter of priorities of where to allocate the revenues.

Due to COVID-19 and federal stimulus allocation, the state received a $3.8 billion gift.

Where is that money going, Gov. Jared Polis? It’s a fraudulent tactic used to charge these “fees,” which can get out of control.

We the people are prudent enough to vote approval of tax increase if the legislature can show just need and we have shown it over the years with our votes. But, they want to take that power of the people away.

Let’s wait to hear what the Supreme Court decides

Re: “Trump’s promise to ban abortion is about to be fulﬁlled,” May 23 commentary

The first sentence of Dough Friednash’s column reads: “Donald Trump’s Supreme Court is preparing to dismantle the constitutional right to a safe and legal abortion.”

A lawyer, of all professions, knows that you can never accurately predict how the U. S. Supreme Court will rule on cases. The rulings have often been a surprise to everyone.

I mention my credentials (M.Div. from Yale Divinity School; Ph.D. from University of St Andrews, Scotland; and ordained clergyperson) to indicate I am not some right-wing zealot. I simply seek the truth on all issues and try to avoid misleading opinions of right- or left-leaning columnists.

Let’s wait for the Supreme Court to rule on abortion before telling readers what is going to happen.

It is unfair to everyone concerned to fuel their hopes or fears about abortion ahead of time.

Simply wow — absolutely jaw-dropping picture by RJ Sangosti of the Thunderbirds against a backdrop of the American flag and Pikes Peak! Thanks for sharing it in color and on the front page.

Your photographers are outstanding!

The Denver Post sports section contained a small article about the use of “race-norming” in the NFL’s settlement for former players with brain injuries. I am absolutely stunned such little attention was given to such a disturbing process, whereby former Black NFL players are assumed to have lower cognitive levels than other former players.

Race-norming has been used in medicine to stand in for socioeconomic factors that can have an impact on someone’s health. I can understand the benefit in recognizing that lower-income citizens often have poorer health due to factors such as inadequate nutrition and lower access to health care. But to use an overly simplistic and facially discriminatory factor such as race to set a stricter standard for showing mental damage from football is totally unacceptable.

More than 50,000 signatures were submitted to the federal judge overseeing the settlement demanding an end to the use of race-norming. In other major settlements, such as the ones related to the 9/11 attack and the Boston Marathon bombing, all claimants were treated equally. This should be the standard for the NFL settlement. I encourage all readers to learn more about this practice, and how it is used to discriminate against people of color.

The embedded and stubborn division by the CU Board of Regents reminds me of the story of a dog chewing on a bone, determined to extract every morsel, not realizing that it was chewing on its own bone. The cure to the political paralysis within the board is for the trustees to develop a shared vision that would result in selecting a visionary leader.

For the past fifteen years, after retiring as Episcopal Bishop of Colorado, I have worked as a volunteer on the Anschutz Campus of CU to promote bio-commercialization. Anschutz is a unique asset to CU. Nowhere else are there three research hospitals located on the same camps with a major research center. There are a number of medical projects moving towards trials and commercialization. One scientist has developed in a petri dish a human retina that could be used to cure serious eye diseases such as macular degeneration. Scientists at Anschutz and CU are working together to create joint regeneration in animals and humans. A compelling vision could attract venture capital for Anschutz research.

Developing a common vision requires strong leadership that recognizes finding the right answers often lie within the continuum of conflicting positions. A visionary leader practices what the Book of Proverbs teaches: “Where there is no vision, the people do perish.”

Upcoming movie 'Cracka' imagines a world in which whites are enslaved

Man, 30, shot dead after he was blasted in the head in East London