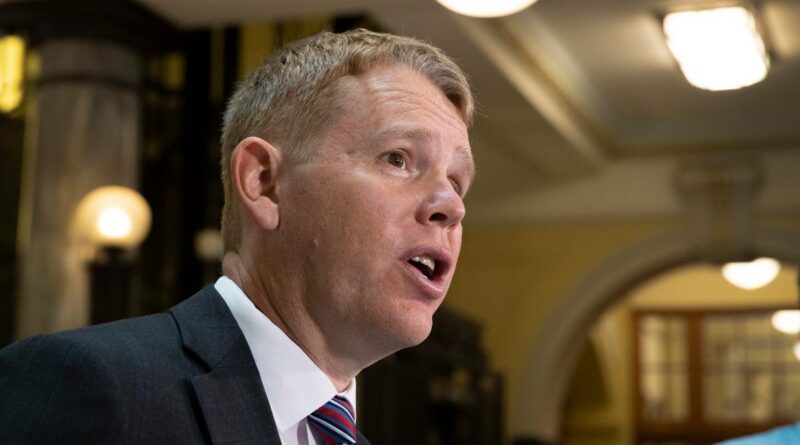 The first of around 30 places a woman visited in Northland before developing symptoms and testing positive for Covid-19 has been revealed.

The woman visited the Bendon Outlet in Whangārei, located at the Okara Shopping Centre on Port Rd, on January 15 between 9.33am and 10am.

The Ministry of Health said anyone who visited the locations of interest during the relevant times is considered to have had a low risk of exposure but should isolate and call Healthline about when and where to get a test.

Covid-19 Response Minister Chris Hipkins and director general of health Ashley Bloomfield held a press conference at the Beehive on this afternoon to provide more details on the community case.

Bloomfield said the woman was “assiduous in using the Covid tracer app”.

Ministry officials were contacting the places she had been and would put information on its website as soon as those places were told.

The 56-year-old had completed MIQ at Auckland’s Pullman Hotel, where she twice tested negative for the virus, before leaving managed isolation on January 13 and travelling to her home just south of Whangārei.

She also visited around 30 places in southern Northland, including cafes, restaurants and tourist attractions in areas around Mangawhai, Dargaville and Helensville, before developing mild symptoms on January 15.

She did not associate the symptoms with Covid-19, but when they worsened she got a test on January 22, the Ministry of Health said.

The woman was at home, and did not need hospital care.

If anyone was symptomatic, wherever they are in New Zealand, they should get tested, Bloomfield said at the press conference.

Hipkins said in Northland, anybody who got a push notification should get a test, especially if symptomatic.

Four travelled via UAE and Malaysia.