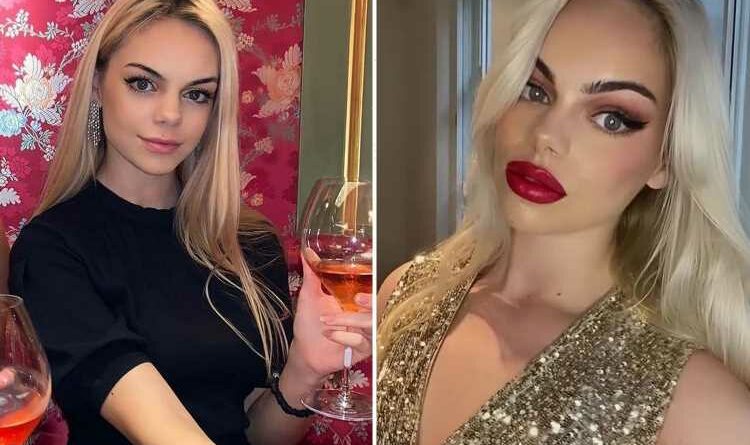 A TENANT'S fierce row with her landlord has divided the Internet after she refused to pay her final month’s rent – telling him to use her deposit instead.

Jayde Madle shamed the landlord for calling her "arrogant, snidey, greedy and spoilt" in a furious WhatsApp rant. 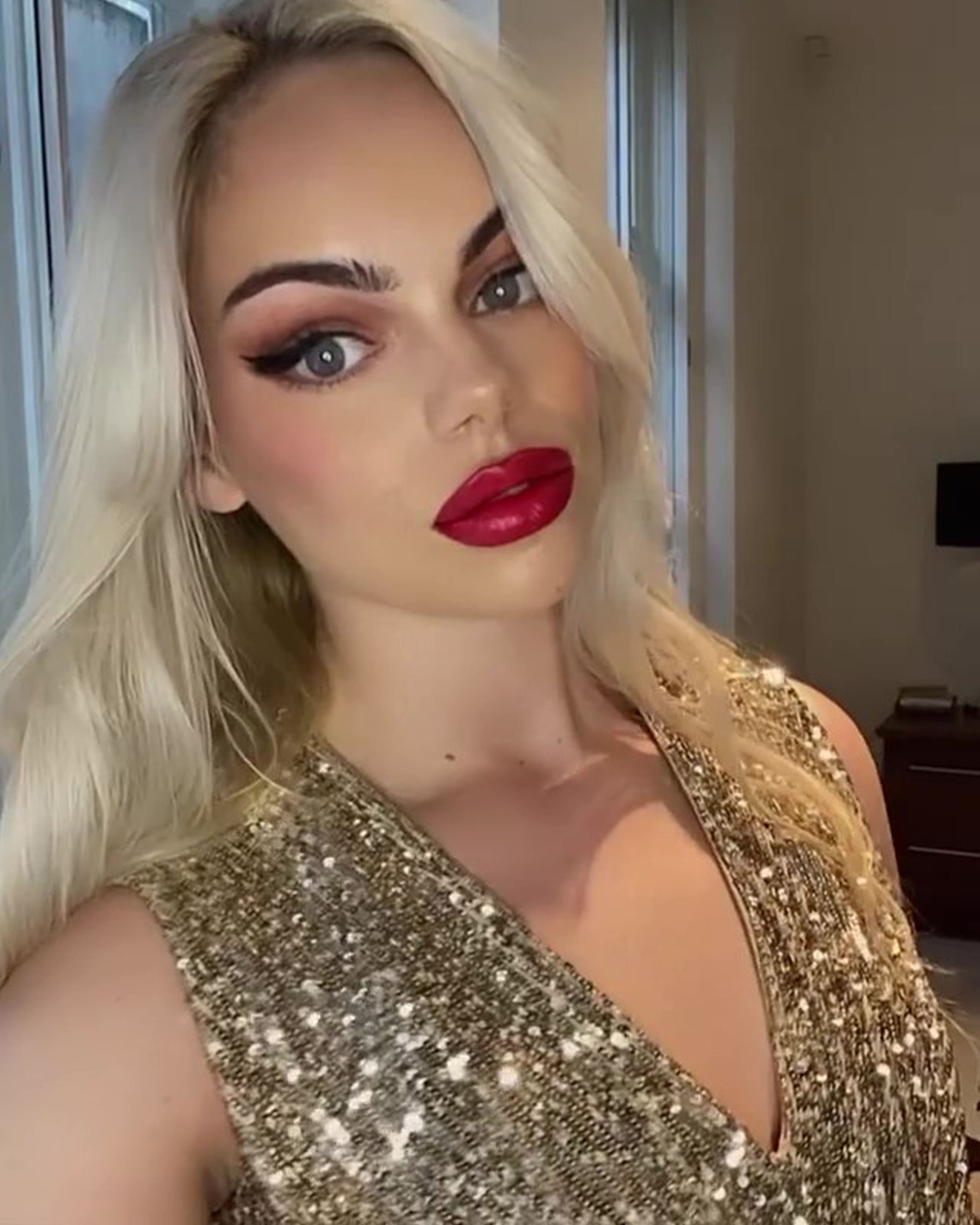 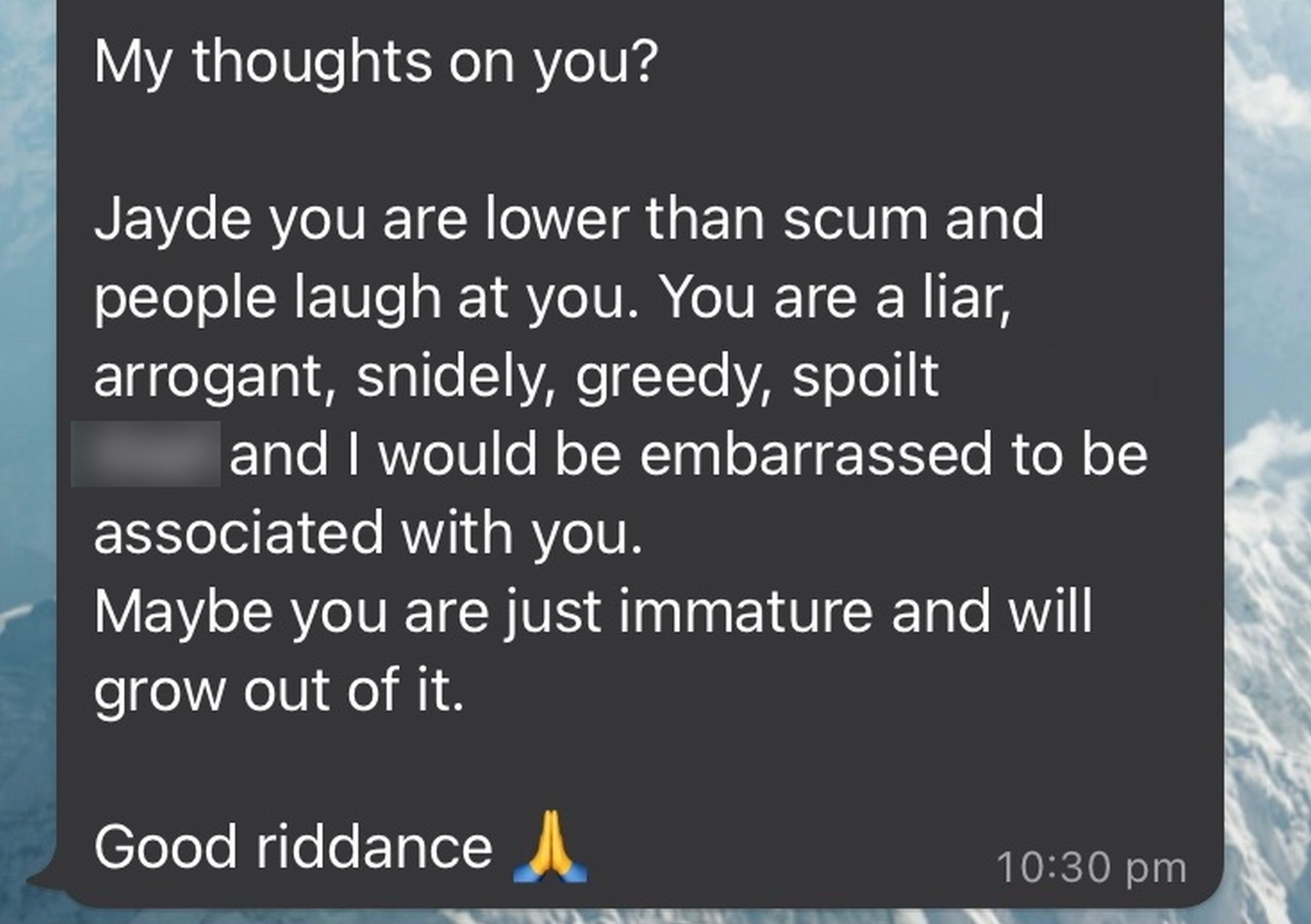 The former University of Westminster student shared the furious message on Twitter – claiming she had decided not to pay the last instalment of rent so he "couldn't steal half of it for made up reasons".

But the angry landlord has hit back at her ‘landlord-shafting’ plans, labelling her a liar and immature – with the response seeing Twitter users take sides.

In the scathing response, the landlord says: "My thoughts on you? Jayde you are lower than scum and people laugh at you.

"You are a liar, arrogant, snidey, greedy, and spoilt and I would be embarrassed to be associated with you. Maybe you are just immature and will grow out of it. Good riddance."

The viral twitter posts have branded the landlord a “cowboy”, claiming she was forced to act as her deposit wasn’t registered on a Government-approved tenancy deposit protection scheme.

She also claims the landlord had previously "stolen other tenants deposit".

Jayde insisted she's never had issues with a landlord before, but says the message she shared was 'just the tip of the iceberg'.

Her tweets have more than 22,000 likes and they’ve divided the internet, with some saying her plan is ‘heroic’, and others saying she should have paid the rent.

Jayde's post said: "My landlord just messaged me this because I asked him to use my deposit as my last month's rent so he can’t steal half for made up reasons like he has with every other tenant.

"Not this tweet ending up on landlord Twitter. Please stop chiming in if you’ve not read everything, I wouldn’t have done this if he used the tenancy deposit scheme (a legal requirement).

"I’ve rented in London for the past five years and never had an issue with a landlord before."

One user replied to Jayde's tweets: "Your deposit isn't meant to be used as a final rent unless it was agreed in writing. He should have taken six weeks off you. Poor guy."

Another user said: "I don't agree with this message but also the rent should be paid until you leave and then the deposit returned if the property is in order.

"This is all set out from the start. It's what everyone signs up to."

However other users backed her plan and suggested his reaction suggested he would never have returned her deposit in the first place.

One user said: "This is top landlord-shafting. I trust your judgement that you'd have never seen your deposit again. I didn't see either of mine when I rented. Good work."

A second user commented: "He wasn't so embarrassed to be associated with you when you were paying off his mortgage."

A third wrote: "Oh dear me, I think he's very angry with you because your deposit money was going to be spent on his Christmas. That means you've just ruined his Christmas. Heroic move."

UK law states landlords must put tenants' deposits in a government-approved tenancy deposit scheme (TDS) within 30 days of receiving it.

However, UK laws also say you should not withhold rent from your landlord in place of your final payment unless you have a written agreement with the landlord.

A deposit gives the landlord security in case a tenant causes damage to the property or refuses to pay rent, and should be returned in full if there is no unreasonable damage to a property. 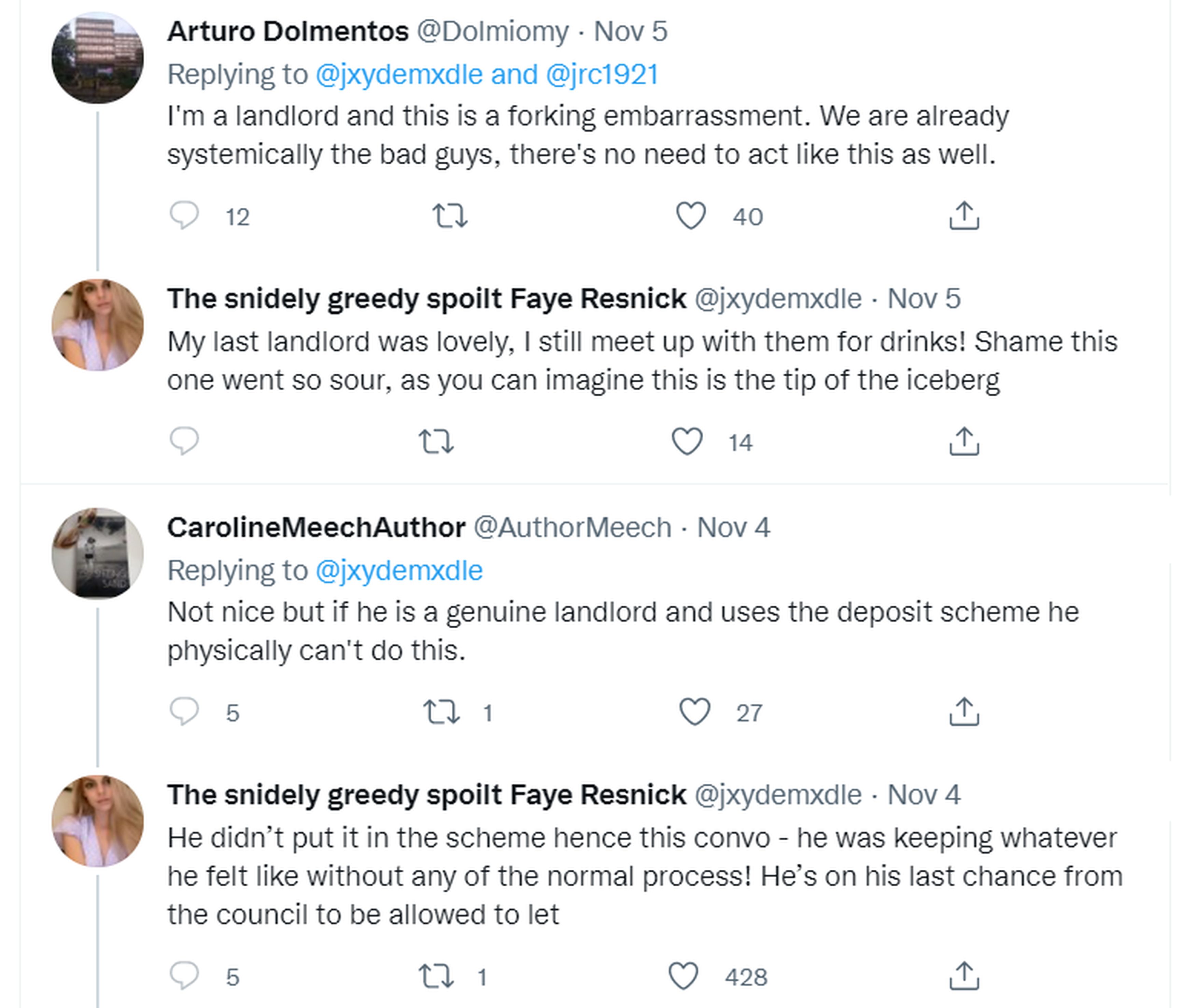 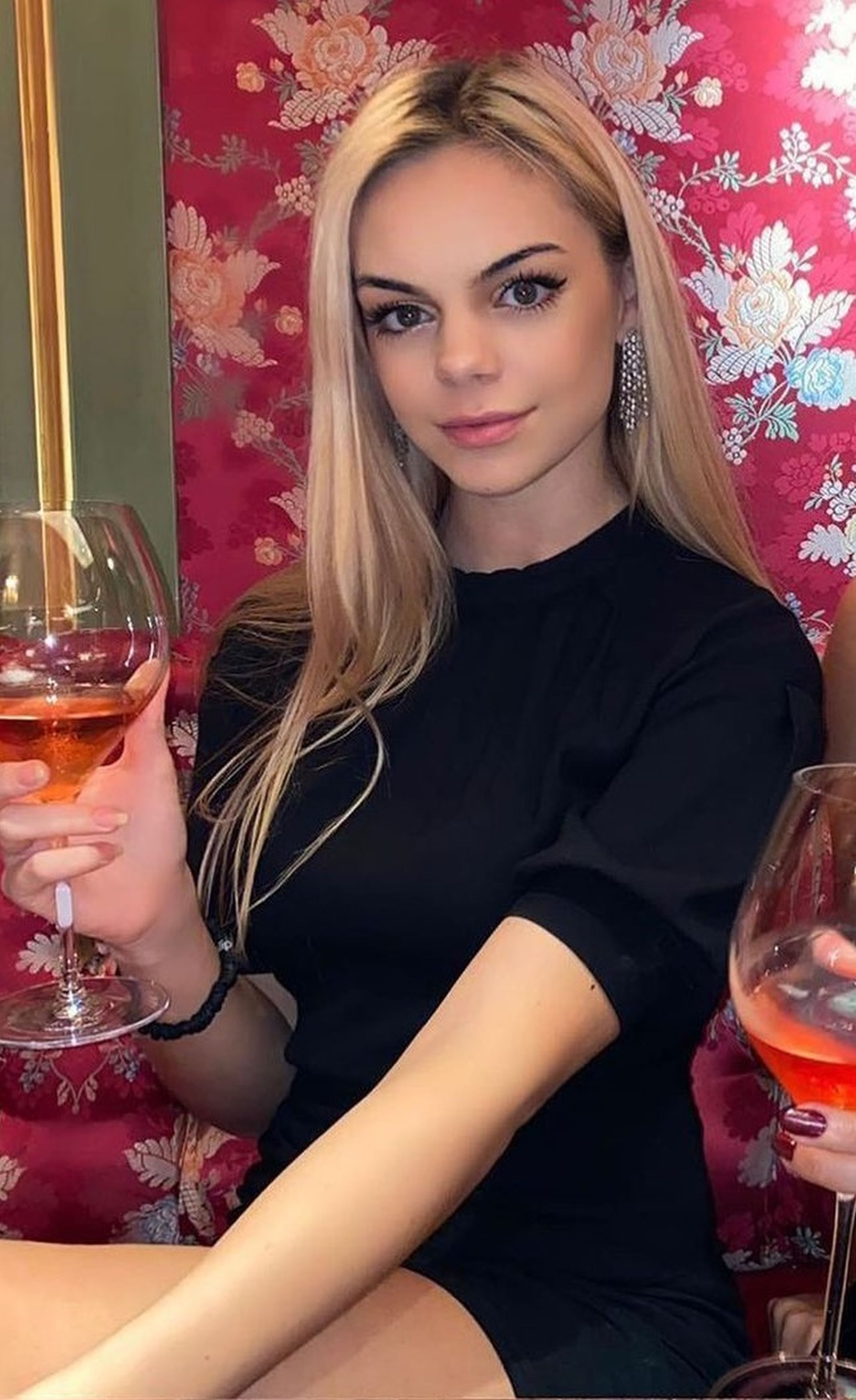 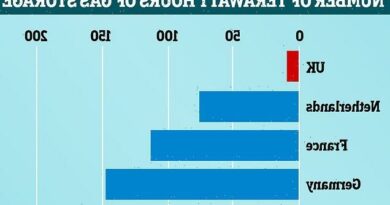 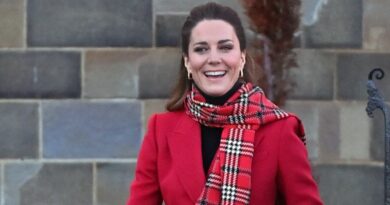 Kate Middleton has ‘secret fortune’ from before marrying Prince William