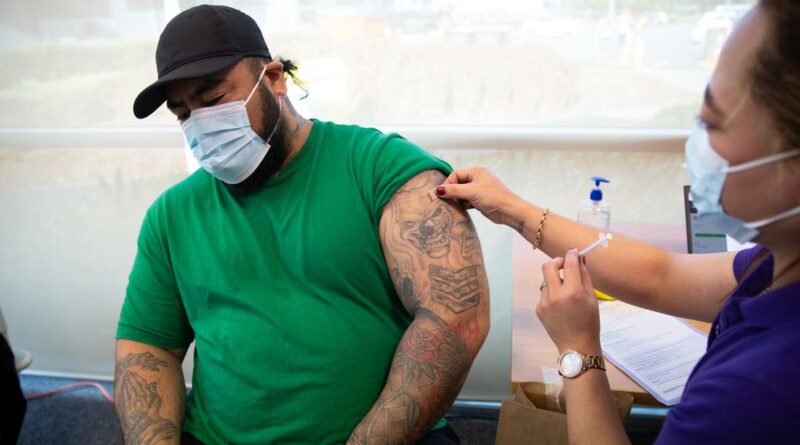 The Highbrook and Tāmaki community vaccination centres stalled early this afternoon due to a lack of vaccines before more arrived later in the day, according to the Ministry of Health.

However, a member of the public booked for her vaccination today at the Highbrook facility told the NZ Herald staff had no idea when vaccines would be delivered and were reportedly getting conflicting information from the Ministry and vaccine couriers.

Ministry of Health logistics general manager Ian Costello did not give a specific reason for the supply issue, but maintained such incidents were anticipated early in July.

“We’ve always said that supply constraints may occur during the first two weeks of July, and this situation will improve as our largest deliveries to date arrive later in the month.”

It comes as New Zealand received about 180,000 Pfizer vaccines this morning, which appeared to be the country’s largest consignment of vaccines since 150,000 were delivered last week.

Pukekohe resident Vanessa, who chose not to make her last name public, had been booked for her first jab at the Highbrook facility for 12.30pm today.

Upon arrival, Vanessa was told by a Māori warden that the centre had run out of vaccines, and she could either wait or go home.

She chose to stay and was informed by another warden she could wait in her car or in the facility.

Seeing others entering the centre, Vanessa joined them and found out staff were queuing those waiting for a vaccine and many people had jumped ahead of her, despite her earlier appointment.

Vanessa, and roughly 40 others who were waiting patiently, were told multiple times throughout the afternoon that a vaccine delivery was imminent, but it didn’t come until much later.

After 3pm, Vanessa said a person who claimed to be the centre manager said; “Look, we need to be honest with you, we actually don’t know where [the delivery] is”.

The manager said it appeared the delivery hadn’t left the depot in Māngere, at which time about 20 people gave up and left – which didn’t include people who had left initially.

However, Vanessa said about five minutes later, the vaccines arrived.

“It was just an absolute s***show,” Vanessa said.

“We know it’s not the staff’s fault but maybe they shouldn’t have been telling us that it was 20 minutes or an hour away when they actually had no idea.”

The manager said they were getting conflicting information from the ministry and the couriers, according to Vanessa.

Fortunately, Vanessa was able to get her first jab and left the facility by 4pm – almost four hours after she’d arrived.

She had originally booked the midday appointment so she could pick up her children from a holiday programme. Stuck in crawling traffic, Vanessa was forced to make other arrangements.

However, this was not Vanessa’s first issue with the vaccine rollout. Living in the Counties Manukau DHB area with an underlying health condition, Vanessa was in Group 2 but was not contacted at all – despite rollout to that group starting in March.

Then, while making her booking on Saturday, Vanessa was told she wouldn’t get an appointment at the Pukekohe vaccination centre – which opened on June 19 – until September.

She instead made a booking at Highbrook, which was 45 minutes’ drive away.

“I would have thought this far down the vaccination track that they would be better prepared,” she said.

Costello thanked those who waited for their vaccine or who would reschedule for another day.

This is not the first time the Highbrook facility has stalled.

In May, the Herald reported the vaccination centre was forced into closure three times because of overcapacity issues influenced by an influx of walk-ins (people without appointments).