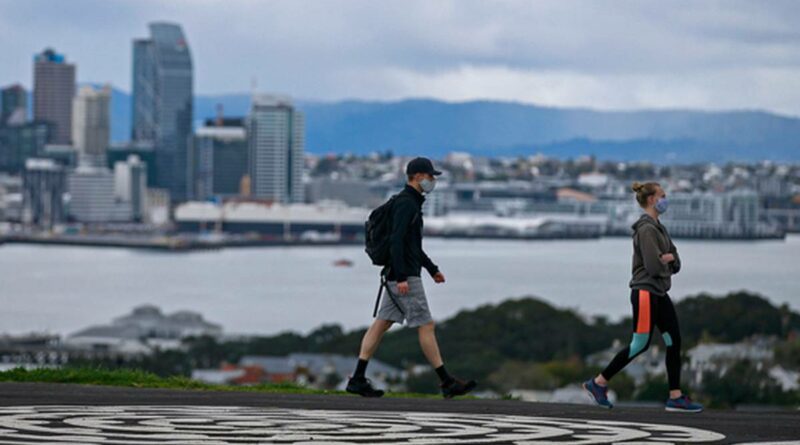 “Corona was just the name of a beer when my family and I decided that 2020 would be the year of our return to New Zealand. I was looking forward to the outdoors and the closely-knit community. What I didn’t anticipate: that we’d have to spend our time indoors, void of company. But, oddly, the lockdown made me appreciate New Zealand even more. We have become witnesses of something that strikes us as quite extraordinary.”

I wrote those sentences in an article that was published in the New Zealand Herald one and a half years ago. I had come from Germany and wholeheartedly supported the lockdown here. I admired the compliance of the people around me, I was impressed with the clear set of rules and the consistent communication from the government.

This time around it feels different.

In May this year, we flew back to Germany. We desperately wanted to see our families and elderly relatives. When we returned to New Zealand, quite a few people said something that struck me as odd: “You must be so glad to be back”, they said.

And of course, I was glad. I love New Zealand. I had missed the many shades of green and all my lovely friends who have made me feel at home here. But this is not what people meant. They were looking at me as if I had made a narrow escape from a warzone.

That’s not how things are in Germany. I felt safe there. All my friends and family had been vaccinated quite a while ago. My husband and I got jabs as soon as we arrived. There were buses hitting the streets to deliver the vaccine to people who were reluctant. And we soon established a new morning routine.

Like everyone else we were entitled to a free rapid virus test every day. So we started our days with a visit to a testing centre in our neighbourhood, joining people who turned up in their gym clothes because they were just about to go on their morning run. Thirteen thousand testing centres had opened up all over the country, all of them fully funded by the government. We received the test results within 15 minutes on our mobiles.

Provided they were negative (which they always were in our case), we were free to do whatever we fancied for the next 24 hours.

Does that sound war-like to you?

It wasn’t. Even my three kids did those tests without any complaints. Soon they started comparing notes: How ticklish was the test this time? What was better? Nose or mouth? We celebrated birthday parties, visited classical concerts, the test results being our entry ticket. A new normal for sure, but a good new normal.

New Zealand on the other hand feels frozen in time ever since I returned. Eighteen months into the pandemic, the government has not introduced the tools that have proved effective in stopping the spread of Covid-19 in other parts of the world. A while ago it published the guidelines for its elimination strategy, consisting of four pillars. The second one was: Prepare for it. What happened to that? Taking that step seriously would have meant vaccinating at high speed quite some time ago.

It would have meant increasing ICU capacities and having rapid tests available. Since they failed to do this, they had to move straight to step three – Stamp it out – and impose one of the strictest lockdowns worldwide again.

I am a psychologist by training and I can’t help feeling reminded of a borderline disorder when I look at the government’s Covid response. Things are either 100 per cent normal or the exact opposite. There doesn’t seem to be room for anything in between.

At the same time, there’s a lot of confusion regarding the way forward. Yes, elimination remains key, says Jacinda Ardern. But no, elimination might not mean zero cases, says Ashley Bloomfield. The communication, once so clear and consistent, has become vague and ambiguous. And that’s dangerous.

My friend who was talking to another friend over a distance of many metres with both of them wearing a mask, was verbally abused by a man biking past. The couple who fled to Queenstown received death threats. This is anecdotal evidence, of course. But the lack of clarity in communication creates a pandemic of fear, anxiety and scapegoating.

A few days ago, Bloomfield said something worth noting amidst all the blurry messaging. He said health officials were aiming for a vaccination rate of about 90 per cent in order to be able to regain the freedom New Zealanders had under level 1. Let’s do the math: At this point, 75 per cent of eligible New Zealanders have received at least one jab, and a quarter of the population isn’t vaccinated at all. In Auckland, only 43 per cent have received their second shot. Taking into account that the gap between the first and second shot should be six weeks and that you need to allow for two weeks after the second jab to achieve full protection, this means that Auckland could possibly be facing lockdown-like restrictions for another four to eight weeks.

If this is the case, why doesn’t the government just say so? Don’t Aucklanders deserve to know?

The lack of transparency is not the only thing I am struggling with. When I wrote my lockdown piece last year I pointed out that the lockdown taught my kids a sense of togetherness that is also reiterated at their school where Whanaungatanga is one of the values. This spirit is something very unique about Aotearoa New Zealand.

But I would also like my kids to learn the value of transparency and owning up to one’s mistakes: The government still owes the public an explanation for why the vaccine roll out has been so maddeningly slow. It has never explained this nor has it apologised for it. They even claimed everything was going according to plan. The reality is: If people had been vaccinated sooner, this long Auckland lockdown would have been averted.

Experts who act as advisors to the government have been a bit smug. Sir David Skegg accused other countries of having let New Zealand down. They could have gone down the elimination path but they chose not to, he said. But it is not as easy as that. Not every country is an island or is able or willing to close its borders. I am actually having a very hard time accepting the border closure here.

There has been so much praise for the team of five million and I totally agree: New Zealand citizens did a fantastic job during the lockdown last year. But where does this leave the one million Kiwis who live outside New Zealand?

The government puts its own spin on it. “What’s really interesting to see, though, from those who were seeking vouchers today is the most popular demand [was] around those vouchers closest to Christmas and the New Year,” Ardern said, framing the people who want to return as carefree holidaymakers.

This couldn’t be further from the truth. I spoke to quite a few people who have tried to secure a MIQ spot for weeks.

One elderly woman I was talking has to undergo treatment for pancreatic cancer and wants her daughter from Canada to be by her side. But the daughter has not been able to book a spot. At the same the Herald reported that half of the MIQ rooms were set aside for sports teams, entertainers and business people.

Does that sound right for a government that has pledged to bring kindness into politics?Shutting people out of the country and creating a fortress mentality is damaging on so many levels. The 21st century poses many challenges we can only overcome together.

There’s a concept in psychology that’s called the Concorde fallacy. It’s named after the supersonic airplane that European governments invested billions of dollars in – although it soon became obvious that the aircraft would never be economically viable.

Has the government fallen victim to the same fallacy? Zero Covid made a lot of sense early on when not much was known about the virus. There were no vaccines back then, and Delta didn’t exist. But it’s time for a reassessment. Covid is here to stay. Unless New Zealand wants to close itself off for years to come, it has to face up to the reality of living with the virus. The elimination strategy has become the all-defining feature of the Ardern government. So I guess it’s difficult to change the tune now and speak honestly about elimination not being an option any more. And yet, that clarity and transparency is precisely what’s needed.

When I re-read the article I wrote 18 months ago, it still resonates with me. Back then New Zealanders struck me as extremely resilient and willing to put up with difficulties and this still holds true. They have the most amazing ability to adjust to changes. People are now ready for another change, a new normal. And they are just waiting for the government to go ahead.

• Verena Friederike Hasel is a journalist and book author from Germany living in New Zealand. 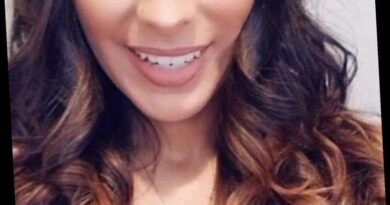 L.A. Woman on Way Home from Work Is Killed in Crash, and Family Says Other Driver Was Street Racing