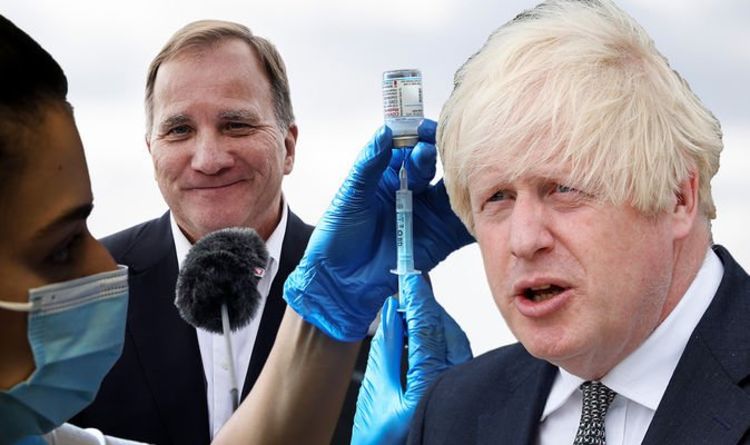 WHO warn over stalled vaccinations as European Covid cases soar

Sweden is likely to see more coronavirus infections in the coming months according to experts – as a result of the Delta variant which is tearing through many nations and causing spikes in new infections. Unlike most other nations, Sweden decided not to implement a full-scale lockdown during the pandemic, and many experts believe this gamble paid off. Express.co.uk talks to a molecular medicine professor and virologist about the true cost of the Swedish decision and if Britain would have fared better if it had followed suit.

The Swedish Public Health Agency updated its recommendation for incoming travellers this week.

Everyone entering Sweden from a country outside the Nordic region is now advised to get tested for COVID-19 after arriving.

Travellers who are not fully vaccinated from outside Denmark, Norway, Iceland and Finland should avoid contact with others for one week after arriving.

They are also advised to take a test as soon as possible after arriving.

Children under six, and those who received a second dose less than two weeks before arriving in Sweden, are exempt from these rules.

Since the coronavirus outbreak began in Sweden, there have been 14,692 deaths after positive Covid tests.

There have been 7,723 Covid patients in intensive care, including those who died and those who recovered and were discharged.

Overall, 70.4 percent of the Swedish adult population has been fully vaccinated – equating to 5,767,107 receiving two doses of the jab.

Lockdowns were implemented in several countries around the world.

However, Sweden went against the curve and decided not to implement a lockdown in the country.

Millions of people around the globe were confined to their homes, struggled to keep their businesses afloat and struggled to stay on top of restrictions as they changed with varying rates of Covid.

But for 10 million people who call Sweden home, the country has largely been in the same state as when Covid first hit.

Professor Martin Michaelis, virologist and professor of molecular medicine at the University of Kent, said Sweden had no formal lockdowns in the same way as the UK.

He told Express.co.uk: “Although Sweden has not had formal lockdowns in the same way as the UK, people are still expected to follow non-voluntary recommendations from the Public Health Agency of Sweden.

“These recommendations have included working from home, avoiding non-essential domestic travel, and social distancing. Moreover, individuals over 70 were expected to stay at home as much as possible.

“Everybody with the slightest suspicion of a COVID-19 infection was also advised to stay home.

“Furthermore, legislation was introduced that temporarily banned visits to nursing homes and gatherings of more than 50 people.

“Secondary schools and universities were closed for a while.”

According to a recent opinion survey for the Civil Contingencies Agency, two-thirds of Swedes are not worried about the consequences of the pandemic for themselves or their families.

Experts are divided on whether Sweden took the right or wrong approach.

The country’s death rate is lower than the average for the European Union as a whole.

Sweden’s economy has also bounced back faster than any other country – with GDP shrinking by 2.8 percent in 2020, which is lower than the EU average of six percent.

The National Board of Health and Welfare has reported a continuation in the decline in the number of people seeking treatment for anxiety and depression, particularly among children and young adults.

This implies the coronavirus pandemic has had less impact on the mental health and anxiety of those in the country.

Professor Michelis told Express.co.uk: “The Swedish healthcare system has been under immense pressure.

“In the winter 2020/2021, only emergency and COVID-related care could be provided.

“Tens of thousands of operations had to be postponed.

In addition, Professor Michaelis said while the Swedish death toll is lower than that in the UK, USA or France, it is still higher than many other countries such as Denmark, Finland, Norway, Germany.

He added: “If you look at countries known to have taken very strict approaches towards COVID-19, cases of death per million residents are even lower. For example, South Korea stands at 45, Australia at 39, Taiwan at 35, and New Zealand at five.”

Therefore overall, the virologist said he would not consider Sweden to have been a “successful way to deal with a pandemic like COVID-19”.

He added: “Although, there were no formal lockdowns, there were still strict restrictions and measures in place.

“The Swedish COVID-19 death toll was very high in comparison to its demographically similar Scandinavian neighbours.

“Notably, both the Swedish King King Carl XVI Gustaf and the Swedish Prime Minister Stefan Löfven have voiced concerns about the Swedish approach.” 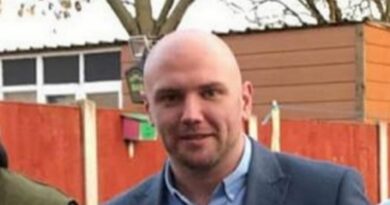 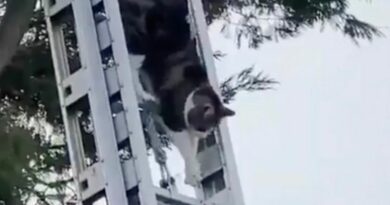