The lawyer leading the Victorian probe into Crown casino says the gaming firm is not suitable to hold a casino licence in Victoria because it has lost the trust of the community.

In his final submissions, counsel assisting the royal commission Adrian Finanzio SC said the company’s efforts to reform itself may not be sufficient to regain public trust, which he said it had lost due to “flagrant” and consistent breaches of law and ethical standards. 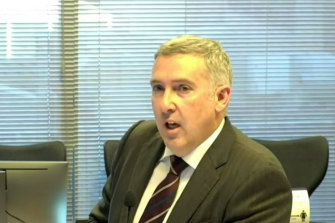 “After all the evidence presented in these hearings it remains clear Crown is not presently suitable to hold a casino licence,” he said.

“In this commission, for the first time, a sense of the depth and breadth of misconduct has come to light.

“The evidence reveals serious misconduct, illegal conduct and highly inappropriate conduct, which has been encouraged or facilitated by a culture which has consistently put profit before all other considerations.”

Mr Finanzio said it was also open for the commissioner, Ray Finkelstein QC, to find that Crown was suitable to maintain its licence, but said it would be difficult to come to justify this position.

“The company, having acknowledged the error of its ways, recognises what is required of it and is on the path to suitability. That fact in itself can sometimes render a licensee suitable, but this is not a case of isolated or trifling indiscretions or breaches capable of easy and quick rectification,” he said.

“This is a case where it would be open to find the misconduct has been so flagrant and so well-publicised and detrimental to Crown’s overall reputation that no amount of restructuring can restore confidence in it as a fit and proper person to hold a licence.”

He said Crown will remain unsuitable to hold a licence “for some period of time” and added that it was not guaranteed they could become suitable in the future.

“It is open for the commission to recommend the licence be cancelled. That is not a submission made lightly,” he said.

“The Crown complex has been part of the fabric of this city for many years, it is the largest single-site employer … Nothing in these submissions should be interpreted as a slight on the hardworking employees of Crown.”

Commissioner Finkelstein will consider Mr Finanzio’s submission when he makes his recommendation about Crown’s Melbourne licence by October 15. If he recommends Crown lose its licence, the Andrews government has committed to following his recommendation.

The commission has heard that Crown underpaid its tax to the Victorian government by up to $272 million; wrongly sold $160 million of casino chips through its hotel desk; threatened to complain to the gaming minister about the gambling regulator, and wrote to the government warning about the danger of an adverse finding by the commission.

The James Packer-backed outfit was ruled unfit to hold a casino licence in NSW earlier this year when the NSW government found Crown facilitated money-laundering in its casinos.

During the final week of the commission’s hearings earlier this month, commissioner Finkelstein said that over eight weeks of public hearings he had found “misconduct or unacceptable behaviour from people high up and low down and in-between”.

“Wherever I look I see not just bad conduct but illegal conduct, improper conduct, unacceptable conduct, and it permeates the whole organisation,” he said. 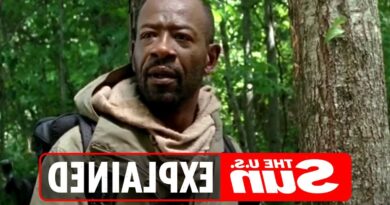 Who does Lennie James play on Fear the Walking Dead?