Head coach Karl Dorrell and several players have commented on improved leadership among the Colorado football team this year.

Last week, Dorrell said the Buffs have “30 really high-quality guys” who would qualify as leaders.

There are four who stand out among the crowd, however. On Monday, CU announced its four captains for the season: seniors Terrance Lang, Quinn Perry and Brady Russell and junior Casey Roddick.

Led by the captains, CU opens its season against TCU at Folsom Field on Friday (8 p.m., TV: ESPN).

This is the first time since 2018 that CU has announced its captains before the season.

Lang, a defensive lineman, and Roddick, an offensive lineman, have been captains for individual games in the past. Perry, a linebacker, has been praised by many teammates for his leadership this offseason.

Last week, Dorrell said he preferred to name four captains and not rotate as he has done in the past. He also said the vote would go to the team and that he would advise them to pick strong leaders.

“You want someone that has some substance and can deal with both the good and the bad,” he said.

“What’s challenging for us, particularly defensively, is they’re going to play with two or three quarterbacks, and they’re all distinctive types,” Dorrell said. “They’re all pretty athletic … so, they have an athlete at that position which is a challenge. They’ve got some skill on the outside with some guys that run really well. And they’ve got a runner (Kendre Miller) that I think is a really dynamic player.”

“It’s challenging in terms of passing the ball because there’s not a lot of air,” Dorrell said. “It’s built not to give you a big play and it’s built to make offenses take the long road and sometimes offenses aren’t patient enough to take the long road.”

In addition to being patient on offense, Dorrell said the Buffs have to be sound tacklers on defense.

“I think that’s always the biggest challenge the first game,” he said. “You see it in the NFL preseason, where there’s a lot of missed tackles in that first preseason game. It’s kind of the same thing that happens in college. First games are a little bit rough about getting used to tackling full speed all the time when you go through camp not doing that all the time.”

CU announced Monday that its new sound system at Folsom Field will be unveiled on Friday.

The new system, which cost about $1.8 million, replaces the old system installed in 1996.

According to CU, the new sound system will be a “significant increase in clarity and definition of voice and music.” The old system delivered 14,100 watts of power, while the new system delivers 250,000 watts.

“We are extremely excited to introduce our new sound system to our fans for the home opener Friday night versus TCU,” Jason DePaepe, CU’s deputy athletic director, said in a press release. “We are proud to take this major leap forward in sound quality at Folsom Field for our fans and their overall game day experience.”

The final portion of the project won’t be ready by Friday, however. The 29 small format speakers in the Byron White Club have been installed, but due to supply chain issues, the amplifiers haven’t been delivered. CU hopes to have those speakers operational by the second home game, Sept. 24 against UCLA.

CU announced on Monday that it has sold 75% of its student tickets to this point. … TCU released its depth chart and former Buffalo Mark Perry is listed as a starter at strong safety. Perry led the Buffs with three interceptions in 2021 and was third in tackles (72). 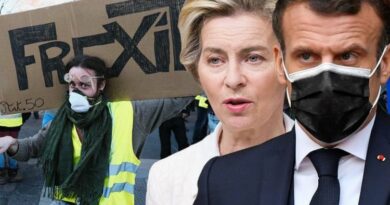