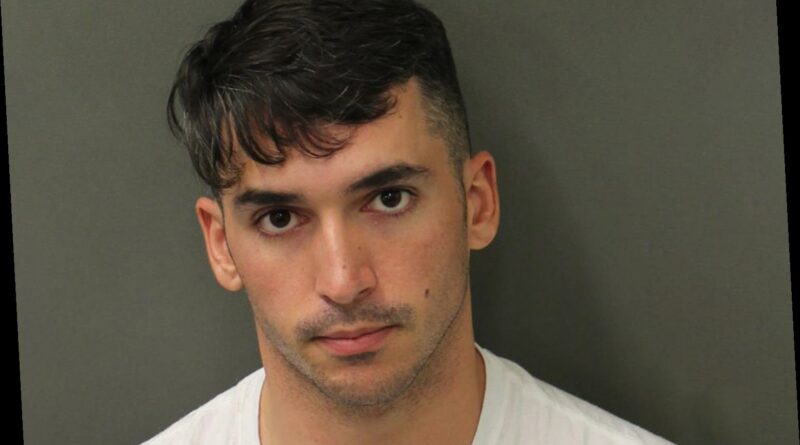 Kevin Cosculluela, who appeared on Dance Moms in 2018, has been arrested on seven felony charges including sexual battery and multiple counts of sexual misconduct of two students.

In addition to the sexual battery and misconduct charges, Cosculluela is facing charges for the solicitation of a minor and lewd and lascivious conduct, according to an arrest record.

The dancer, 25, was arrested last month in Orange County, Florida, and pled not guilty during a hearing on Friday. A lawyer for Cosculluela could not be immediately located by PEOPLE.

Two of the dancer's students allege that in September and December of 2020 they took private lessons with him at Peaches Dance and Music before their interactions became inappropriate.

One of his students claimed she was talking with Cosculluela via Snapchat and that he later invited her over to his apartment where he solicited oral sex. The victim alleged it happened twice.

Another student claimed the dance instructor solicited nudes from her and that he climbed on top of her while they were in his bed, but they did not have sex.

According to the arrest warrant filed with the court, one victim told officials she viewed Kevin as someone "famous," "important" and "influential."

"She explained that Kevin is a 'celebrity' dancer and was on a television show called, Dance Moms and Broadway," the warrant said.

The victims both claimed Cosculluela got verbally abusive and "scary" when they declined his sexual advances.

"[One victim] explained that Kevin would threaten to take away lessons, ignore her during lessons, yell at her, swear at her and not speak to her for days if she didn't do what he wanted. She said that it affected her greatly when he ignored her during her dance lessons because of how important she viewed him," according to the warrant.

Cosculluela was fired from Peaches Dance and Music after the students opened up about the alleged misconduct.

The case against the Dance Moms alum is scheduled to go to trial in May.

TMZ was the first to report Cosculluela's arrest.

Peaches Dance and Music and the Orange County Sheriff's Office did not immediately respond to PEOPLE's request to comment.

Detectives left on hold for 42,000 hours waiting to speak to a lawyer

Buttigieg, Klobuchar rally behind Biden for Democratic nomination ahead of Super Tuesday