Olympics were not the patriot games: Devine

If the UN is looking for human rights abuses, don’t go past DC: Devine

We must hear from this man: Devine

It was one year ago Wednesday that Kamala Harris was announced as Joe Biden’s running mate. That auspicious moment catapulted the stone-cold loser of the Democratic presidential contest into prime time, a heartbeat away from the Oval Office.

With the convenient defenestration of her main rival, handsy, outgoing Gov. Cuomo, the ambitious 56-year-old vice president is another step closer to the 2024 nomination — or 2028, if you believe Biden.

The problem for the Democrats is that she is unelectable. It’s the fake laughter, the handmaidenly comportment around Biden, the car-crash interviews and the complete inability to succeed at any of the tasks she has been handed, from immigration to vaccination.

Not for nothing was billed the “most unpopular vice president in 50 years” by UK broadsheet The Daily Telegraph.

She’s so unpopular that Hillary Clinton staffers, of all people, reportedly have been consulted for likability lessons.

The truth is, if she’s not annoying, Harris is boring. Someone tried to get “#VPAppreciationDay trending Wednesday but, of 30 or so tweets posted, not one made it into triple figures for likes or ­retweets.

If you had a strong president, of course, none of this would matter outside a little Beltway gaggle of ladies who lunch.

But Biden isn’t getting any younger. When he showed up to work for the first time this week, after lunch Tuesday, he was filmed wandering across the White House lawn in search of the entrance to his office.

There may be an explanation for the odd behavior, but the point is that Biden often seems to be off with the pixies. The idea that in three years at age 81 he would contest another election is fanciful. He is not young for his age, and he started his presidency already three months older than Ronald Reagan was at the end of his two terms.

Harris knows top prize is just waiting to plop into her lap and she doesn’t have to try very hard to score the nomination because she has the big gorilla of identity politics at her service. Good luck to any Democratic challengers in 2024 who aren’t female and black. It’s all about the precedent.

One of the reasons Harris flamed out before the primaries was her singularly cringeworthy media performances. They are so woeful, they are almost endearing.

She could have stayed a stern prosecutor in California, and nobody would have been any the wiser. It’s when she pretends to be likable that everything goes wrong.

Possibly her worst performance was with radio host Charlamagne tha God on “The Breakfast Club” radio program. Something about that show draws Democratic candidates like moths to a flame, and invariably they get burned. Joe Biden did himself damage when he snapped at “tha God”: “If you have a problem figuring out whether you’re for me or Trump, then you ain’t black.”

You could just hear the air leak out of his black outreach.

For Harris, it was more of a slow burn, punctuated by insane cackles. The interview got attention for her dubious claim that her favorite college rappers were “definitely Snoop, aha. Tupac, for sure, for sure.”

But there was another, less studied, line that raised eyebrows closer to home.

When asked what she had to say to people who falsely believe she’s opposed to legalizing marijuana, she replied: “Half my family’s from Jamaica. Are you kidding me? Hahahahahahah.”

The comment drew a sharp rebuke from her Jamaican father.

Donald Harris, emeritus professor of economics at Stanford University, fired off a cranky missive to Jamaica Global Online, slamming her words as a “travesty.”

“My dear departed grandmothers . . . as well as my deceased parents, must be turning in their grave right now to see their family’s name, reputation and proud Jamaican identity being connected . . . with the fraudulent stereotype of a pot-smoking joy-seeker and in the pursuit of identity politics,” he wrote.

The point is that Harris was brought up better than it sometimes seems. In fact, she goes on in the interview to make sensible comments. She called for “research [into] the impact of weed on the developing brain” and pondered “how we’re going to measure impairment when somebody has been smoking weed, in terms of driving.”

As a former prosecutor, she knows the consequences of law-breaking because it was once her job to exact justice on behalf of victims.

It’s hard to square her former noble role with the “defund the police” persona she adopted during her lackluster campaign.

This is her problem. She is probably not a bad person, but so desperate has she been to climb the greasy pole that she has jettisoned every value her disciplined immigrant family imbued in her and every lesson life as a prosecutor taught her.

The cognitive dissonance is etched across her face and betrayed by every tremble of her vocal cords. Unless you are a psychopath, you can’t stop the truth leaking out.

The fakery is what turns people off. If she wants to improve her image, try being the real Kamala.

Who knows, under the try-hard cool-aunt guise, there might be a social conservative waiting to break out, who would be wildly popular on both sides of the aisle.

Who made Dr. Anthony Fauci king?

Quote: “I’m sorry, I know people must like to have their individual freedom . . . But I think that we’re in such a serious situation now, that under certain circumstances, mandates should be done.”

Vaccines are great and masks have a place, but state coercion is not where America wants to go. We don’t have to sacrifice freedom for safety and it’s not his place to decide, anyway.

It is time for Fauci to hang up his microphone and go back to his day job handing out grants to sloppy bat researchers at the Wuhan lab. On second thought, he should probably just retire to Florida where he might learn a thing or two about freedom in a state that defied all his wisdom and ended up in a better place. Too long in Washington, DC, is not good for anyone. 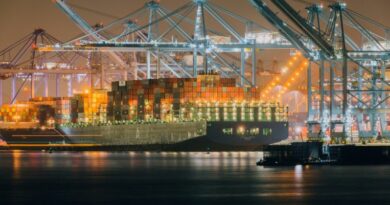 Schizophrenic killer, 31, is executed for knifing two pupils to death