Denver will start the week hot, as temperatures climb near 80 degrees — finishing off a stretch of mild weather deep into November.

According to the National Weather Service in Boulder, Denver will near its record high of 78 degrees on Monday, set in 1942. Forecasters are calling for a high of 75 degrees under partly sunny skies. Winds won’t be as strong as Sunday, which saw gusts over 80 mph around Boulder, but the air will be drier. The overnight low in Denver is 49 degrees.

Denver has avoided snow every time the city has had a chance for it so far this autumn. Another opportunity for a powdering comes Tuesday, but you wouldn’t know so initially, as temperatures rise to 70 degrees under partly sunny skies. Only late in the evening are temperatures to drop below freezing with a 20% chance of precipitation.

The best chance for snow will be late Tuesday around midnight to before noon on Wednesday. If snow does indeed fall this time around, it’ll mark one of the five latest first snowfalls in city history. Wednesday will be sunny but will stay chilly — in the low 40s. Warmer and drier weather is back by the end of the week. 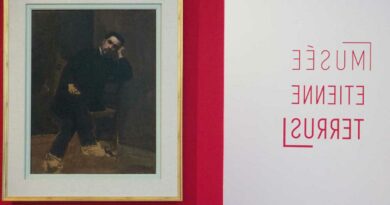 World War 3 on BRINK: How world came within MINUTES of catastrophic nuclear war