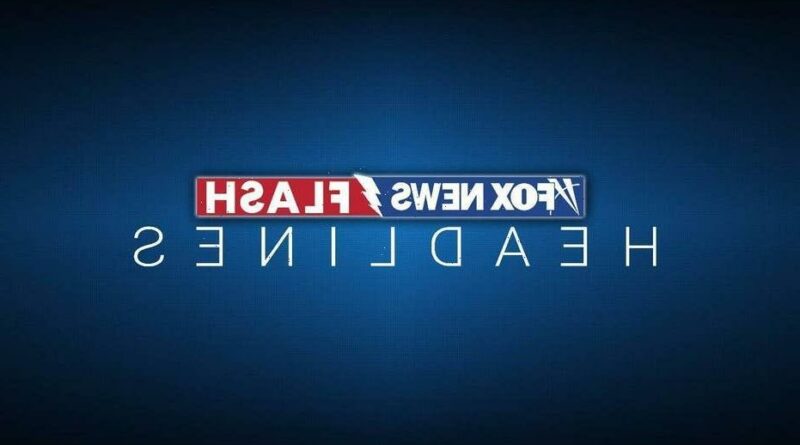 It’s a hidden crisis that has existed for years inside one of the most well-funded institutions on the planet and has only worsened during the coronavirus pandemic. As many as 160,000 active-duty military members are having trouble feeding their families.

That estimate by Feeding America, which coordinates the work of more than 200 food banks around the country, underscores how long-term food insecurity has extended into every aspect of American life, including the military.

The exact scope of the problem is a topic of debate, due to a lack of formal study. But activists say it has existed for years and primarily affects junior-level enlisted service members – ranks E1 to E4 in military parlance – with children. 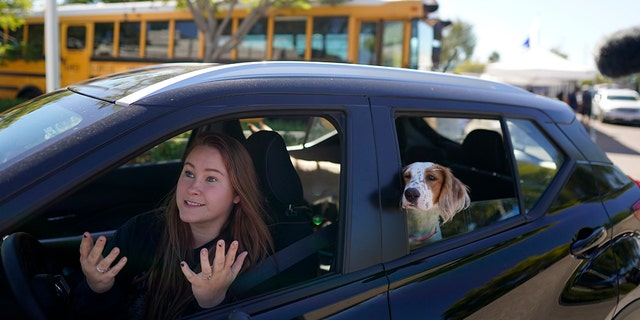 Brooklyn Pittman talks as she sits in her car with her dogs after receiving food from an Armed Services YMCA food distribution on Oct. 28 in San Diego.
(AP Photo/Gregory Bull)

“It’s a shocking truth that’s known to many food banks across the United States,” said Vince Hall, Feeding America’s government relations officer. “This should be the cause of deep embarrassment.”

The group estimates that 29% of troops in the most junior enlisted ranks faced food insecurity during the previous year.

“It is what it is,” said James Bohannon, 34, a Navy E4 (petty officer third class) in San Diego who relies on food assistance to keep his two daughters fed.

“You know what you’re signing up for in the military,” he said, after emerging from a drive-thru food distribution organized by the local Armed Services YMCA branch. “But I’m not going to lie. It’s really tough.”

In addition to modest pay for junior enlisted ranks, the frequent moves inherent to military life make it difficult for military spouses to find steady work. Also, the internal military culture of self-sufficiency leaves many reluctant to speak about their difficulties, for fear they will be regarded as irresponsible.

The problem is exacerbated by an obscure Agriculture Department rule that prevents thousands of needy military families from accessing the SNAP government assistance program, commonly known as food stamps.

“It’s one of these things that the American people don’t know about, but it’s a matter of course among military members. We know this,” said Sen. Tammy Duckworth, D-Ill., a former Blackhawk pilot who lost both legs in a helicopter crash in Iraq. “We’re the mightiest military on the face of the earth and yet those who are on the lower rung of our military ranks are – if they are married and have a child or two – they’re hungry. How can you focus on carrying out the mission and defending our democracy if you’re worried about whether or not your kid gets dinner tonight?”

Meredith Knopp, CEO of a food bank in St. Louis and an Army veteran, said the problem cuts across all branches of the military. She recalls being a young officer in Texas when she was approached by a new private with a baby.

“They were getting ready to turn off his electricity because he couldn’t pay his bills,” she said. “It was shocking to me.”

Perhaps the best indication of how entrenched the problem has become is that a robust network of military-adjacent charitable organizations such as the Armed Services YMCA and Blue Star Families has developed an infrastructure of food banks near most major domestic bases. 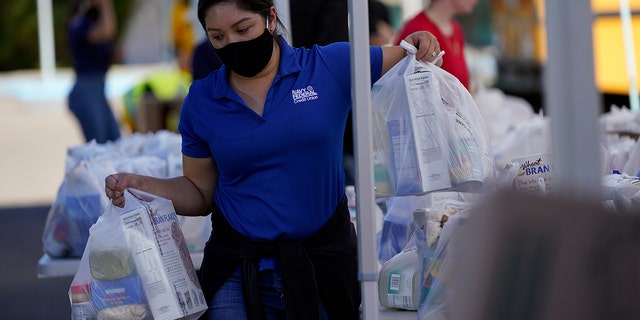 A volunteer loads food into a car at an Armed Services YMCA food distribution on Oct. 28 in San Diego.
(AP Photo/Gregory Bull)

San Diego may be one of the epicenters of the phenomenon, with high housing costs and multiple military bases within driving distance. For Brooklyn Pittman, whose husband, Matthew, is in the Navy, the move to California from West Virginia this year was a financial shock.

“We had a nice savings built up and then we moved out here and it was rough,” she said. “We still had student loans and everything on top of everything else.”

Their savings quickly disappeared and the small income she earns from dog-sitting didn’t come close to covering the shortfall. For a while, the couple considered sleeping in their car on the base grounds until the next paycheck.

Pittman was one of 320 families participating in the Armed Services YMCA’s late October drive-thru food distribution. The organization had been hosting events like this for more than 10 years, but when the pandemic struck, expanded operations from six sites to 11 around the country and doubled the frequency of the San Diego-area events.

There’s a diversity of opinion as to how much of a stigma the issue carries within military communities.

Kelly Klor, who works on food insecurity issues for Blue Star Families, recalls a period of financial hardship 13 years ago as a young mother in Texas whose husband had just enlisted. The family pinched pennies at every opportunity, never eating out and relying on the local public library for entertainment. But they still depended on WIC – a similar program to food stamps that serves mothers and children – in order to afford expensive baby formula for her infant daughter.

“I felt embarrassed pulling out my vouchers,” she said. “But at the same time, I was thinking ‘Should it be this hard?’”

Klor recalls treating her financial trouble as a taboo subject, even through she suspected many families around her were in the same situation.

But Maggie Meza, a Blue Star Families representative in San Diego, recalls the communal poverty as common knowledge and a bonding element among families.

One of the strangest aspects of the problem is an Agriculture Department regulation that prevents thousands of needy military families from receiving food stamps. Families living outside the base grounds receive a basic allowance for housing to help cover most of their costs.

But the 2008 Food and Nutrition Act dictates that the allowance counts as income in calculating eligibility to receive SNAP benefits, and that ends up disqualifying thousands of military families. The allowance doesn’t count as income for tax reasons or for WIC benefits.

Food security activists say they’re confused by both the original rule and the fact that it has endured for more than 12 years.

“No one seems to know why it’s still a law,” said Hall, the Feeding America official.

Dorene Ocamb, chief development officer for the Armed Services YMCA, speculated that the regulation is “just a case of unintended consequences.” 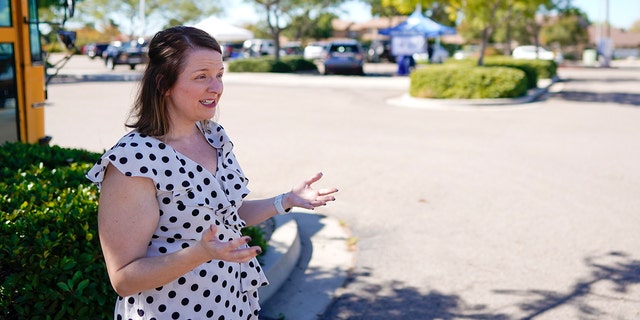 Dorene Ocamb of the Armed Services YMCA speaks at a food distribution on Oct. 28 in San Diego.
(AP Photo/Gregory Bull)

Added Duckworth: “I couldn’t tell you where it comes from. I can only tell you that they won’t change it.”

A spokesman for the USDA said in an email reply that the department is “taking a fresh look at our authorities with respect to this policy.”

The issue is more than just a humanitarian problem. It directly impacts national security, said Josh Protas, vice president of public policy for MAZON, an organization that has done extensive research on military hunger.

Armed forces members enduring food insecurity are more likely to be distracted in the field and less likely to reenlist, he said. That talent loss may be generational because military service tends to run in families.

“We’re doing a disservice to future recruitment efforts,” Protas said. “We could be losing good people because they can’t support their families.”

Several people involved in the issue criticized the Pentagon for turning a blind eye to the problem.

“The denial by the Pentagon has been frustrating,” Protas said. “It’s embarrassing for our leaders to acknowledge the problem.”

Colleen Heflin, a professor of public administration at Syracuse University, said the lack of Pentagon interest has led to a critical shortage of proper study or data. “In my experiences, it’s hard to explain this to Department of Defense officials,” she said. “They find it embarrassing and something they would not like to acknowledge.”

But Ocamb pushes back against the criticism that the military is burying the issue.

She acknowledges that there are “some optics that people are trying to work around” but says most base commanders welcome the assistance and points out that the Navy literally owns the San Diego property where the ASYMCA food distributions take place.

“I think the military knows this is a complex issue and they rely on partners like us,” she said. “This concept that the military wants to sweep this under the rug … then why do they let us keep doing this on Navy-owned ground?”

Some of those who had complained about Pentagon reluctance to face the issue say the attitude has changed in recent months under the administration of President Joe Biden.

Shannon Razsadin, president of the Military Family Advisory Network, says she has felt a change in attitude from the Pentagon this year, and partially credits first lady Jill Biden for publicly championing the issue.

“They are focused on understanding it in the Pentagon,” she said. “Six months ago, I wouldn’t have said that.”

Efforts to secure Pentagon comment on this issue were unsuccessful. But a Pentagon official told The Associated Press that Defense Secretary Lloyd Austin would be publicly speaking on the subject in the near future.

There are fresh attempts by Congress to tackle the problem. Duckworth has sponsored a bill that would establish a basic needs allowance payment for military families in need. Rep. James McGovern, D-Mass., has appealed for a serious Pentagon study of the issue and a repeal of the USDA’s basic allowance for housing regulation.

“At this stage, there’s no excuse for anyone in the top echelons of the Pentagon to say they don’t know this is a problem,” McGovern said. “It’s not rocket science. This is solvable … somebody take responsibility and solve it.”