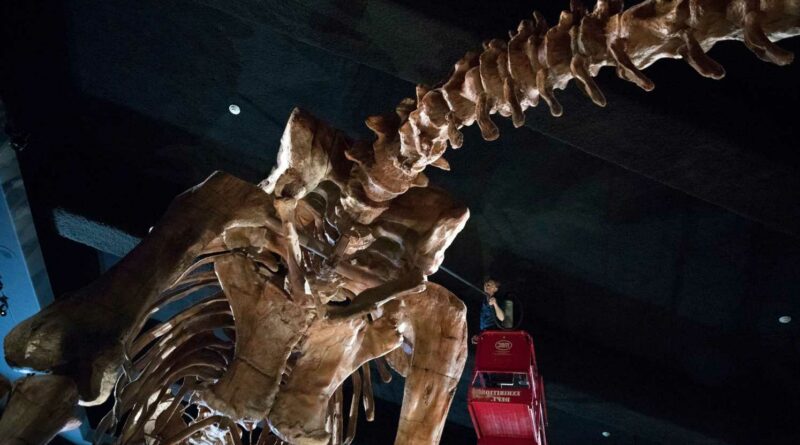 Adding to the list of recent dinosaur discoveries, a new species of dinosaur – almost two times the size of the Hollywood sign – has been found, according to a new report.

In a report published in the journal PeerJ on Monday, scientists confirmed the finding of new dinosaurian fossils that came from a titanosaurian sauropod.

The Australotitan cooperensis is the largest species of dinosaur to be found in Australia and similar in size to the giant titanosaurians from South America. It is estimated to have weighed 70 tons and measured between 82 and 98 feet.

The sauropod, nicknamed Cooper after a creek named Cooper Creek near the fossil discovery, is believed to have lived during the Cretaceous period between 92 to 96 million years ago. Sauropods were plant eaters and include the largest animals to have ever lived on land.

The fossils were discovered over a decade ago in southwest Queensland by two property owners who later opened the Eromanga Natural History Museum after discovering a number of titanosaur fossil sites.

“Discoveries like this are just the tip of the iceberg,” Queensland Museum curator and paleontologist Scott Hocknull told Reuters.

Due to the location of the fossils and their large size, scientists ran into difficulties studying them. That’s when the Eromanga Natural History Museum and the Queensland Museum decided to use 3-D imaging to compare them to other fossils around the globe.

Hocknull told The New York Times that in Australia, the flat terrainmakes it more difficult to find fossils.

Cooper joins the oldest titanosaur discovered in Argentina and the ‘monkeydactyl’ with the oldest recorded opposing pollex in recent discoveries.