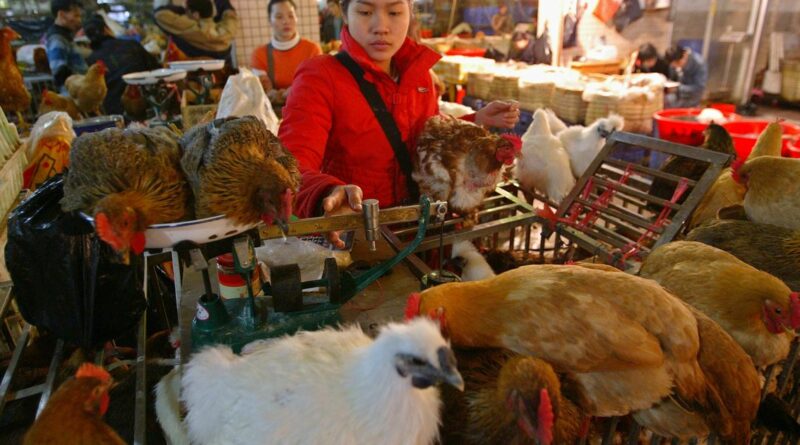 Humanity faces a worse pandemic than Covid if it doesn't agree on new rules for wet markets and international travel, a former WHO scientist has warned

Professor Mark Woolhouse was on the World Health Organisation team that began urging the world to get ready for a devastating unknown Disease X in 2017.

The professor of infectious disease epidemiology told the Daily Star that "very difficult conversations" needed to be had on wet markets and international travel and trade.

A market selling fresh meat and fish in Wuhan, China, is believed to be where the virus jumped from bats to humans, leading to more than two million people worldwide so far.

The scientist at the University of Edinburgh added that safety rules around vaccines may need to be relaxed so they could be made in a record six months of Disease X first being discovered.

Warning the next pandemic to hit humanity could be worse, Prof Woolhouse said: "It's possible.

"They keep coming and myself and many colleagues have been saying that it would happen for many years and it keep being true.

"In terms of what they call the wet market trade in Asia, what yourself and your readers should not have the impression is this is some small scale minor activity that could easily be shut down – it's not.

On international travel and trade, he said: "Again, it's a very difficult conversation we need to have about is that something we need to change.

"I don't think it should always be a question of stopping us doing this. What further measures can we take to make travel and trade safe and reduce the risks that it will spread pandemics."

Responding to campaigns to stop mass farming of animals to avoid Disease X, he added: "The geography of it, it's actually mostly in places where there are lots of people."

Despite widespread safety fears over the speed the Covid vaccines were made, he added the mRNA technology behind Moderna and Pfizer's vaccines could be used to create new jabs within six months.

He suggested vaccine development could also be sped up by using "challenge trials" – where vaccines are tested by deliberately infecting people with the jab with the actual virus.

He said: "If you have a plug and play at some point quickly you could just put that new one (virus genes) in.

"We didn't use challenge trials.. I think that has to be another conversation if that's something we have to do. It's much faster."

Prof Woolhouse refuted Department of Health claims that they prepared for coronavirus as the UK's abysmal worst in Europe deathtoll from the bug topped 100,000.

Responding to a statement saying they "prepare and plan for a range of emerging infectious diseases, and continually learn the lessons from previous outbreaks", he said: "I'm sympathetic but I don't entirely agree with them I'm afraid.

"The UK had prepared very well, we had done our research and homework – we practiced but all for the wrong exam, for pandemic influenza and when the test paper was put in front of us we hadn't practiced.

"Whereas countries in South East Asia who had explicitly prepared for another SARS were able to much better prepare for this one."

NATO on the brink: Tensions erupt as expert warns that leaders have ‘overt differences’

Hextall on Hockey: Sami Niku has been freed