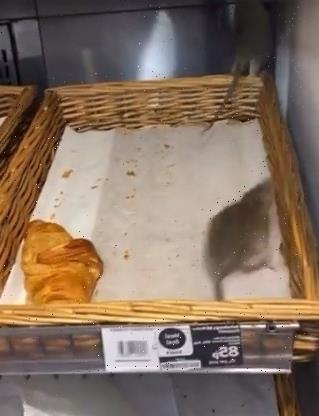 THIS is the disgusting moment huge RATS were filmed crawling over fresh pastries in Sainsbury’s as the supermarket vows to investigate. 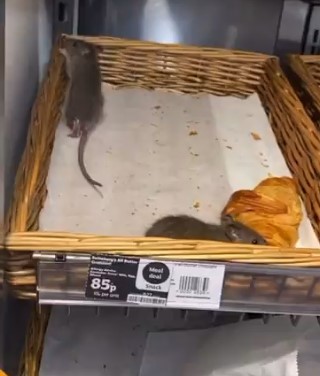 The creatures quickly scarper away when they notice Anthony – dashing behind the open-fronted stand.

A Sainsbury's spokesperson said the supermarket chain is "immediately investigating with the store".

Another Twitter user added: "This video is a perfect example of why supermarkets need to stop selling pastry out in the open like this.

"It's not just the rats it's the flies too."

One shopper said they "don’t think they can buy the loose bakery" items any more.

In 2016, supermarket giant Asda was fined £664,000 after an in-store bakery had to be closed for ten days because of a potentially fatal mouse infestation.

But after a customer ate cheese rolls covered in mouse droppings local environmental health officers and the chain closed the bakery for ten days in September last year.

Mouse poo was found in bags of flour, food packaging, trolleys used for bread and production area inside the filthy bakery at the Park Royal branch, West London.

A frozen mouse was found in the entrance to the walk in-freezer and staff had left traps and bait boxes strewn across the floor, Uxbridge Magistrates Court heard.

Asda admitted four charges of breaching the Food Safety Act, including failing to keep the premises clean, failing to ensure adequate procedures are in place to control pests, placing unfit food on the market and construction of premises which failed to control pests. 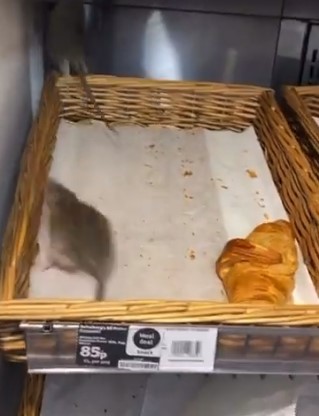 If Theresa May resigns, what will the leadership contest look like? 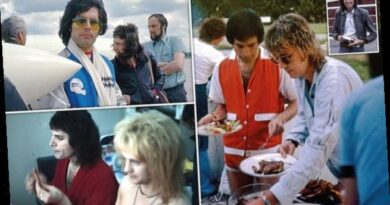 Griller Queen! Freddie Mercury (in shorts) is pictured at a BBQ