Home » World News » Does booster-shot timing make a difference? Which brand should I pick? Here’s what we know 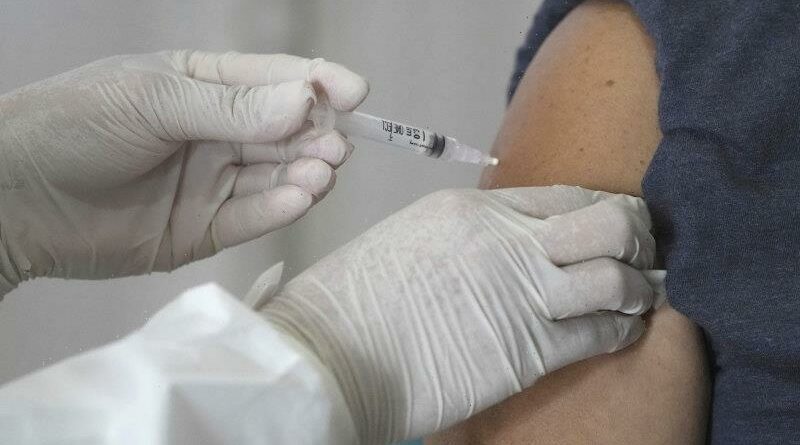 Australians are being urged to have a third dose of COVID-19 vaccine as Omicron surges. What does the data tell us about how Moderna and Pfizer boosters stack up and whether the gap between doses makes a difference? 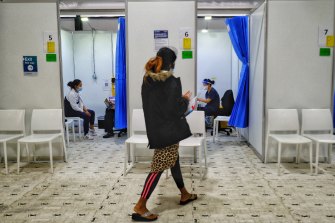 The group recommends a third dose as a booster three months after your second shot for everyone aged over 18, including pregnant women. People who are immunocompromised are advised to get a fourth shot three months after their third.

Do I really need a booster against Omicron?

In short, thanks to a whole swag of new mutations that change the shape of its spike protein, Omicron appears better able to evade vaccine-generated immunity than other coronavirus variants. After six months, effectiveness against symptomatic infection from AstraZeneca drops to essentially zero; Pfizer does not fare much better. 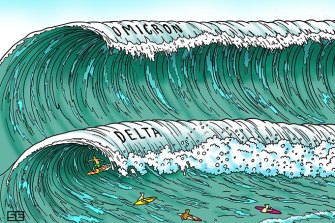 “A proportion of the antibodies generated after vaccination are now no longer able to recognise the virus and stop it infecting cells.”

There’s even some evidence Omicron reduces the vaccines’ effectiveness at protecting us against severe infection – something other variants haven’t managed to do.

OK, so I want a booster. Does timing matter? What about brand?

This question comes up because we know from data on the first two doses of various COVID-19 vaccines that the gap between those two doses does seem to have subtle effects on immunity.

Consider this Lancet study on AstraZeneca. Two doses delivered six weeks apart provided 55.1 per cent efficacy at protecting from severe disease. Giving the second dose 12 weeks after the first meant that number rose to 81.3 per cent. There’s even some limited evidence that widening the gap to 45 weeks leads to an even higher antibody response.

“The reason, presumably, is you need to give the immune system time to mature,” Professor Triccas says. “Having a bit of a gap between the two allows the immune system to see the antigen, to start to generate and expand the specific B and T cells needed to fight the infection.” 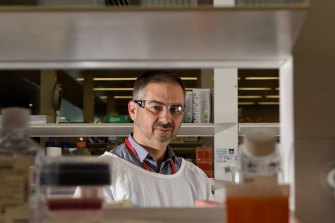 Professor Jamie Triccas in his lab at the University of Sydney.Credit:Nick Moir

However, the rise of new variants – remember Alpha and Delta? – made things more complicated. Delta was so good at evading immunity and one dose of vaccine appeared to provide such poor protection that governments around the world decided to shorten the gap between the two doses to give people at least some protection.

Yes, shortening the gap meant you lost whatever benefits a longer gap might provide, but you gained actual protection from the virus, which seems like a pretty good trade-off.

So, what do we know about the boosters?

First, early data suggests boosters work well. Data from several studies, reviewed by the team at the Kirby Institute, suggests a third mRNA booster will probably offer about 86 per cent efficacy against symptomatic infection from Omicron and 98.2 per cent efficacy against severe infection. In Australia, we have a choice of two boosters: Pfizer or Moderna, both mRNA vaccines.

A study by UK scientists – they have produced many of the most-important COVID-19 clinical trials – allows us to figure out how well they work. The researchers enrolled 2878 people who had received either AstraZeneca or Pfizer, and then tested a range of seven boosters on them.

The study did not look directly at how effective each booster was in the real world – you need very large numbers of people for that – but instead noted the levels of “anti-spike IgG”, COVID-neutralising antibodies circulating in the volunteers’ blood.

After two doses of AstraZeneca, adding a dose of Pfizer raised antibody levels 24 times higher than in a control group who did not get a booster. A Moderna booster raised them 32 times higher (however, this was for a full dose of Moderna – not the half dose authorised in Australia).

For people who received two doses of Pfizer, the results were also good: a third Pfizer dose increased antibodies eight times versus the control group, while a third Moderna dose increased them about 11 times. The group who started with Pfizer had higher baseline levels of antibodies, so you’d expect a smaller rise.

“There is some evidence that Moderna gave a slightly higher response, but there is not a huge difference; both work very well as a booster,” Professor Triccas says. “I would favour getting whichever vaccine is available to ensure you maximise your protection as soon as possible, rather than waiting for any specific booster.”

What about dosing interval? At this stage, Professor Triccas is unaware of any good data comparing different intervals between booster doses.

Sadly, we are forced to operate with imperfect data. What, then, is the best thing to do?

“I would always favour being boosted when you’re eligible,” he says. “It’s fairly clear the antibodies from two doses decline over time with all vaccines. As they decline, because the recognition of Omicron is less anyway, your Omicron immunity is going to be quite reduced after three or four months.

“I would probably favour boosting sooner rather than later. The boosting brings those antibody levels back up again, and that still maintains some level of overall protection against Omicron.”

If you liked this article, consider signing up to receive Examine, a free newsletter, each week in your inbox. 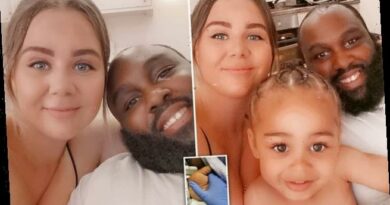 Iain Duncan Smith lashes out at China in fiery debate – ‘We’ll take NO lessons from you!’ 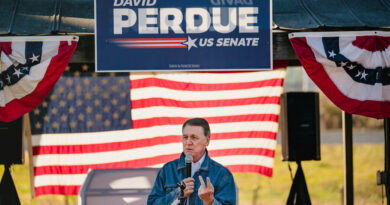