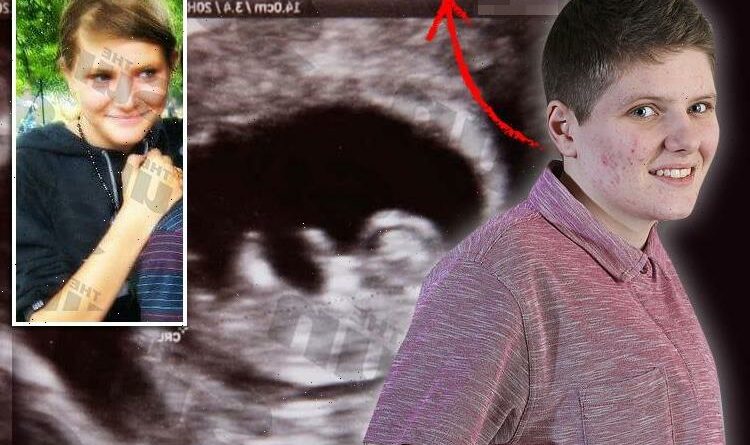 EXCITED Hayden Cross last night looked forward to giving birth — and vowed to be “the best dad ever”.

Hayden, 20, who is 16 weeks pregnant, outlined his plans for the child and revealed it would be easier if it is a boy.

The Manchester United fan, who was born a girl, said: “I want the baby to have the best of everything. I will be the greatest dad.

“I don’t mind what I have as long as the baby is healthy, but it would be better if it is a boy. Then I can play football with him and go to the rugby and all that stuff.

“I can do that with a girl as well, but if it is a boy then I will find it easier to dress him. 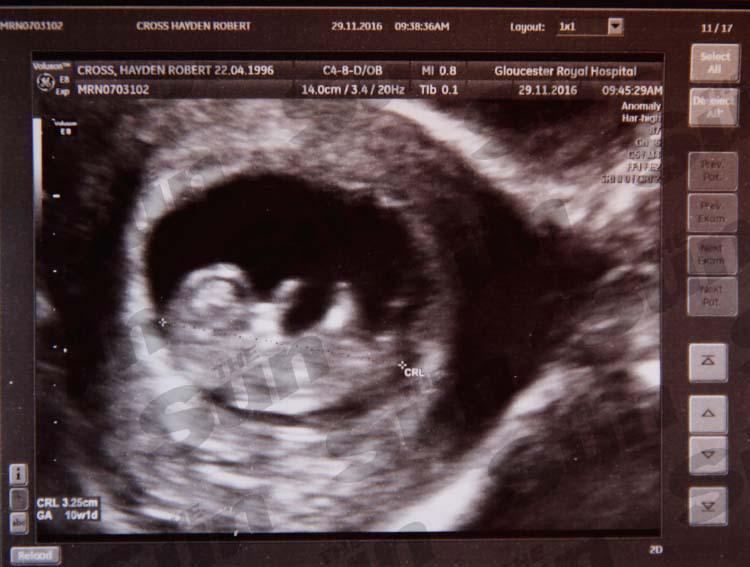 “A girl might be difficult. It is awkward for a dad to have to explain periods and other women’s things like that.”

Unemployed Hayden, who used to work for Asda and a clothes shop, aims to find a job once the baby is one year old.

He insisted: “I will go back to work at Asda or something. I will work anywhere.

“I’ll put the baby in childcare so I can provide for it.

“I want to save up lots of money so I can send the baby to private school, then they will have the best education.

“I don’t mind what the kid does when it is older. As long as they are happy and respectful, I don’t care what they do.

“I just want to make sure that they have the best in life and the best opportunities. I will be proud no matter what.” 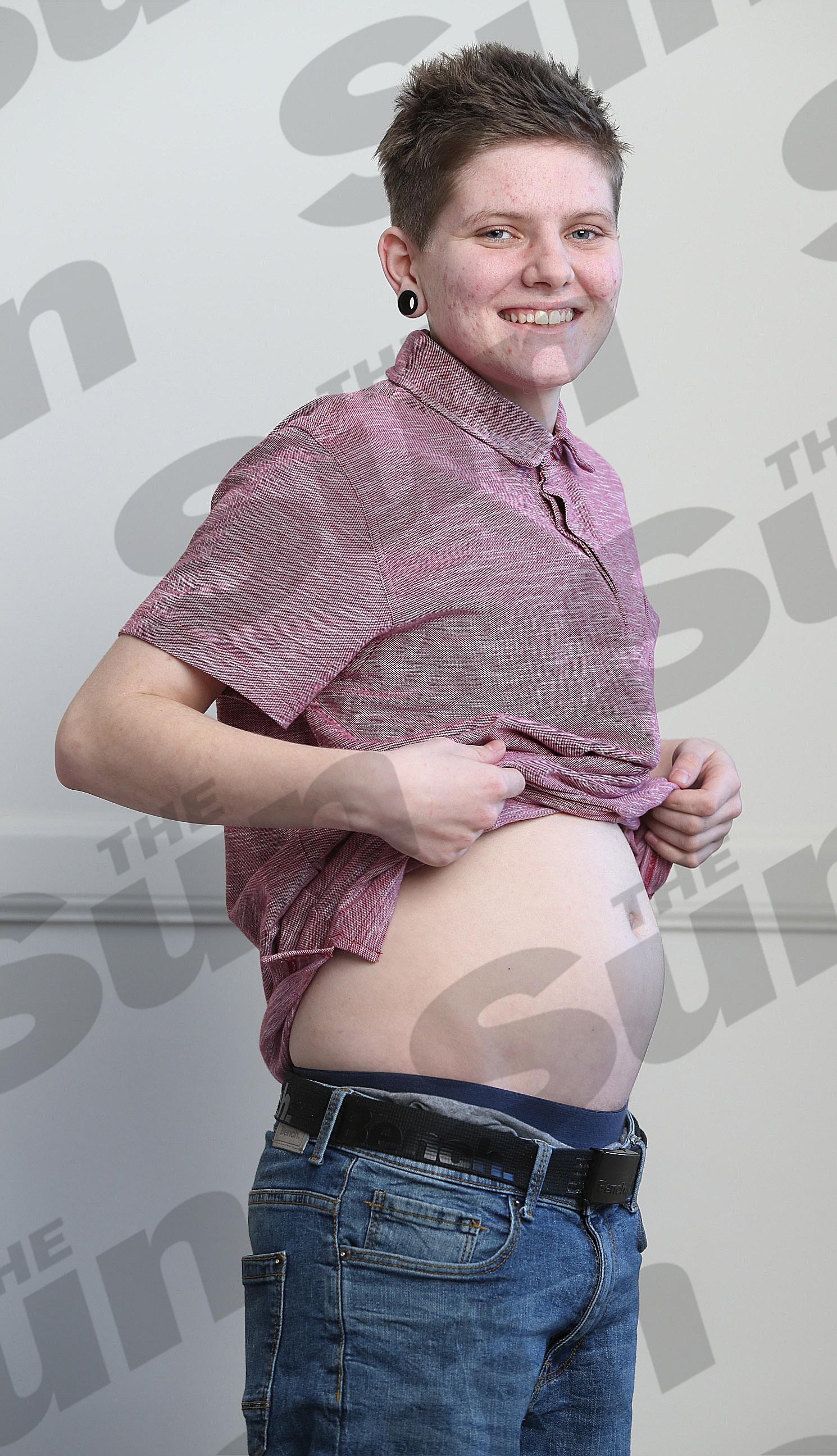 However the dad-to-be did insist: “I won’t breastfeed . . . I hate my breasts. I want to have the child and get back to the full transitioning.”

He feared breastfeeding could be bad for the child as he would be taking testosterone again to continue his gender-change process.

Hayden wants to be named as the father on the birth certificate.

He says he is dedicated to bringing up the infant as a single dad and will not bring anyone else into the child’s life.

He added: “I will be all the parent that the baby needs on my own. I don’t want anything else to complicate and confuse that.

“I will stay single, especially when the child is young. It is a sacrifice I’ll make for the baby because I want it to have a secure life.

“Since I came out as trans I haven’t had any sexual partners anyway. I don’t want one.

“I don’t want it to get confusing.

“I want to have the transition first and then possibly settle down.

“I don’t want to get in a relationship that might not last with someone who likes me now and for the body I have now.

“Then when I have had the surgery they might decide that is not what they want. How would I know that a ­person could support me through all of that?

“Most people wouldn’t like that kind of thing, they would find it too much so I would rather do it on my own.”

Hayden, who is on benefits and is living in a council bedsit in Gloucester, is already looking to move home once the baby arrives. 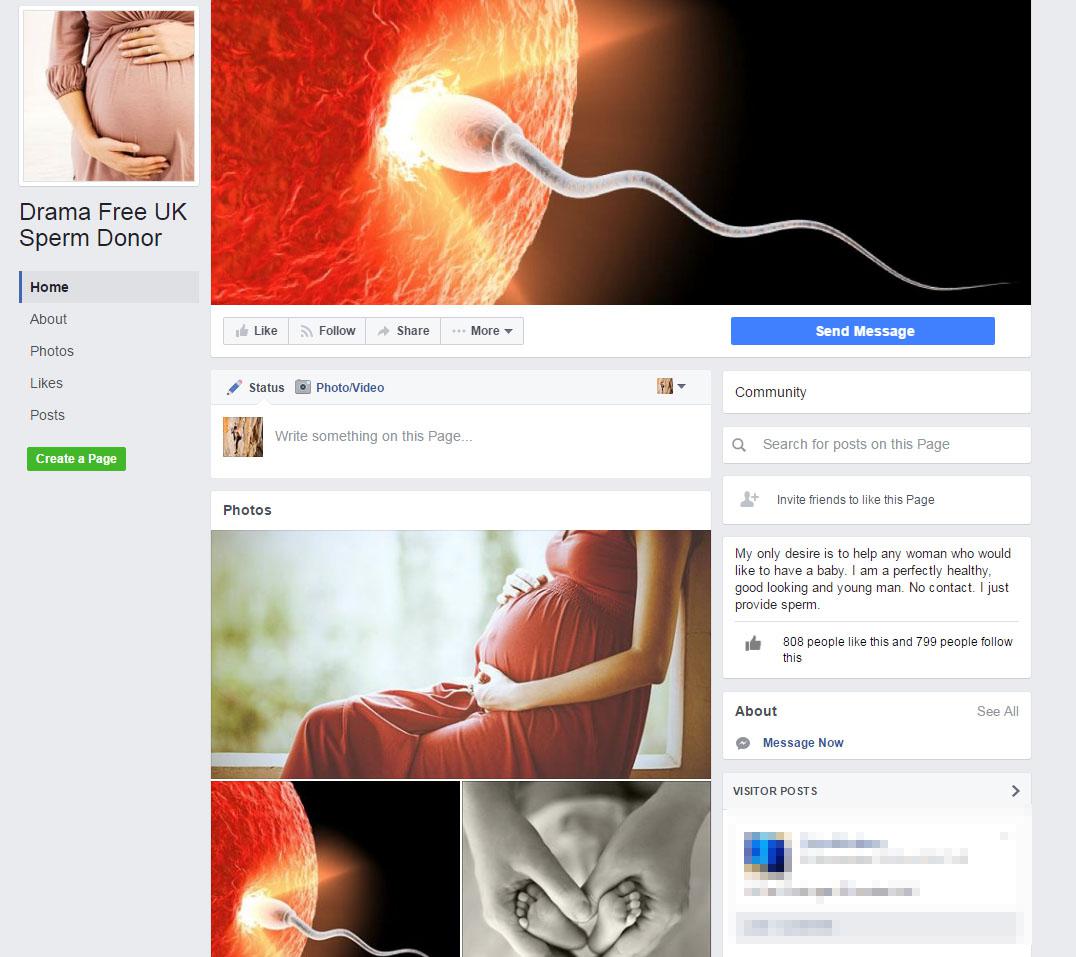 He explained: “I have applied for a new flat so hopefully once I have the baby I can move into somewhere bigger and the baby will have more room and a bedroom to itself.

“It will be the most important thing in my life and I will make sure that the baby always has everything it needs.”

Hayden will become one of about 400,000 single dads in Britain.

After his child is born he will return to the clinic and continue his gender-transition process.

The next stage will involve removing Hayden’s breasts before his ovaries are then taken out. Reflecting on his own childhood, Hayden admitted: “It was bog ­standard really.” 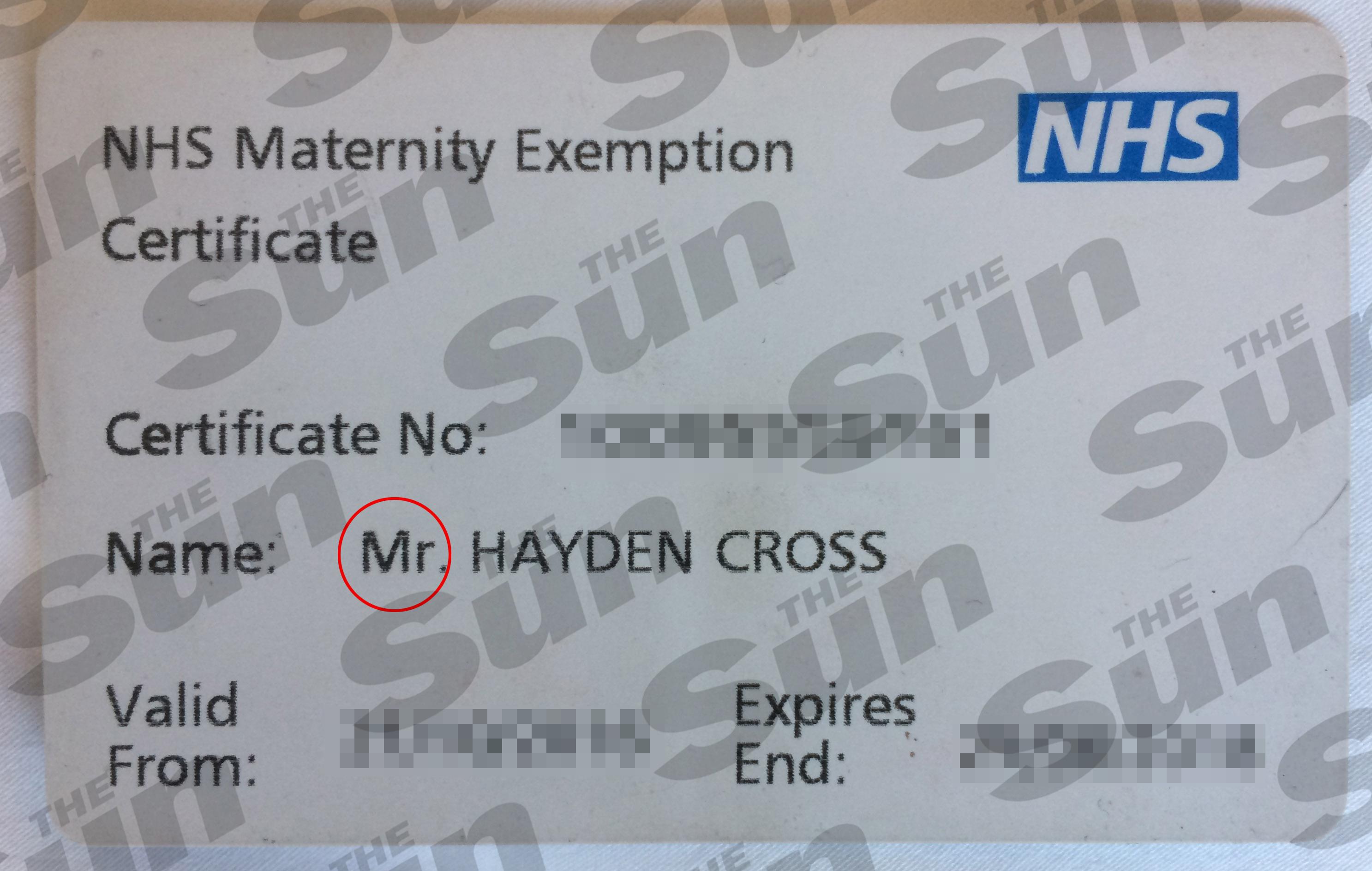 He lived with his parents, sister Sky, 21, and brothers Jordan, 19, Robert, 16 in a three-bedroom home in Gloucester.

Hayden, who now also has a two-year-old brother Denzel Douglas, said: “My mum and dad were together until I was around 14.

“They split up because my dad went back on drugs.

“I shared a bedroom with my sister as we were both girls. We would play with dolls and stuff.

“I went to an all-girls school, I hated it from the first day. 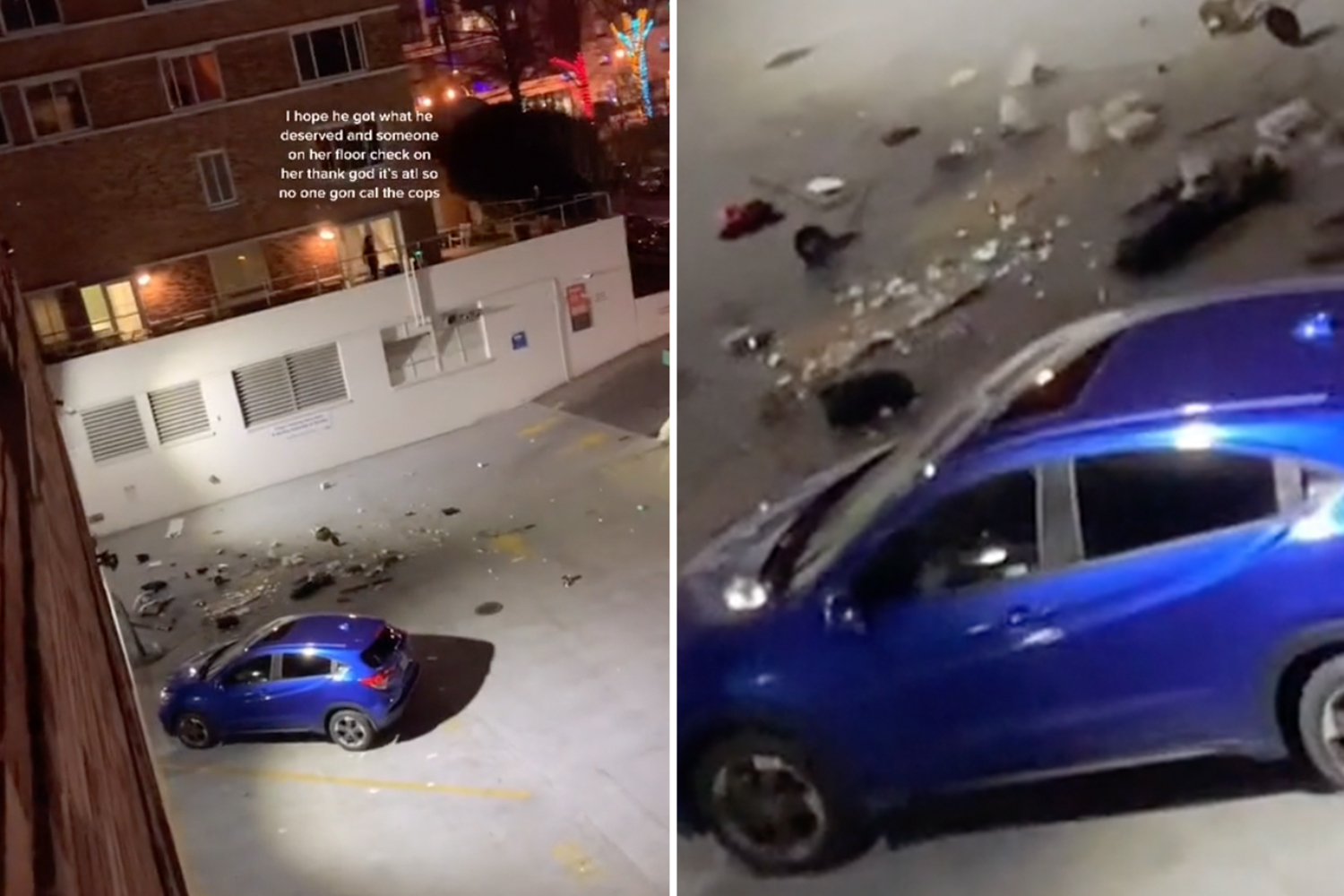 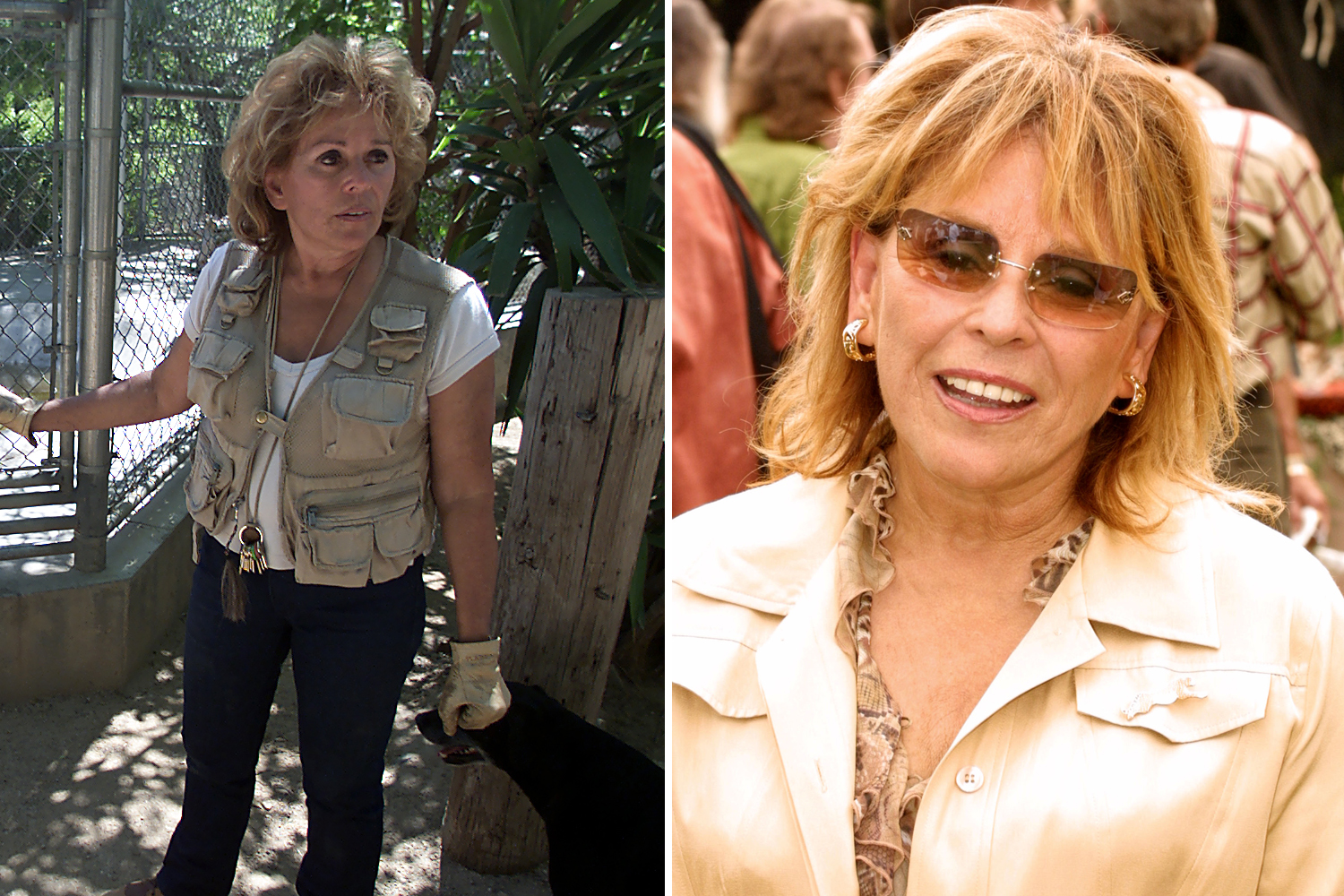 "I was kicked out when I was about 14 because I didn’t like it. I just didn’t feel like I fitted in.

“I didn’t like doing the things that the other girls liked doing.

“They were all really bitchy and that just isn’t me. They’d argue all the time and I was never about that kind of thing. I preferred playing football and doing sports.

“I’d always play with all the older guys. I’d play football with them. I didn’t really have any friends that were girls. Then I went to a referral unit, it was like a naughty school.

“I felt like I fitted in there because it was mainly boys so I made more friends.

“There was a built-in football pitch so we could play whenever we wanted. 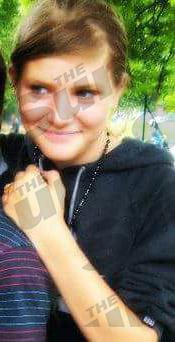 “My parents called me a tomboy. I thought I was as well.

“It was only when I met my friend who is trans that I realised it was OK not to fit into the boxes that are given to you.

“I moved out of my mum’s house when about 15 — it was after my parents split up and her new boyfriend moved in.

“I cut my hair off as soon as I had a choice. I didn’t want it long.

Talking about his first sexual experiences, Hayden said he felt “confused” about his feelings and had school crushes on both boys and girls. He said: “I went out with a few people but I didn’t fancy either sex more than another.

“I still don’t put myself in a box on that. I am bisexual. 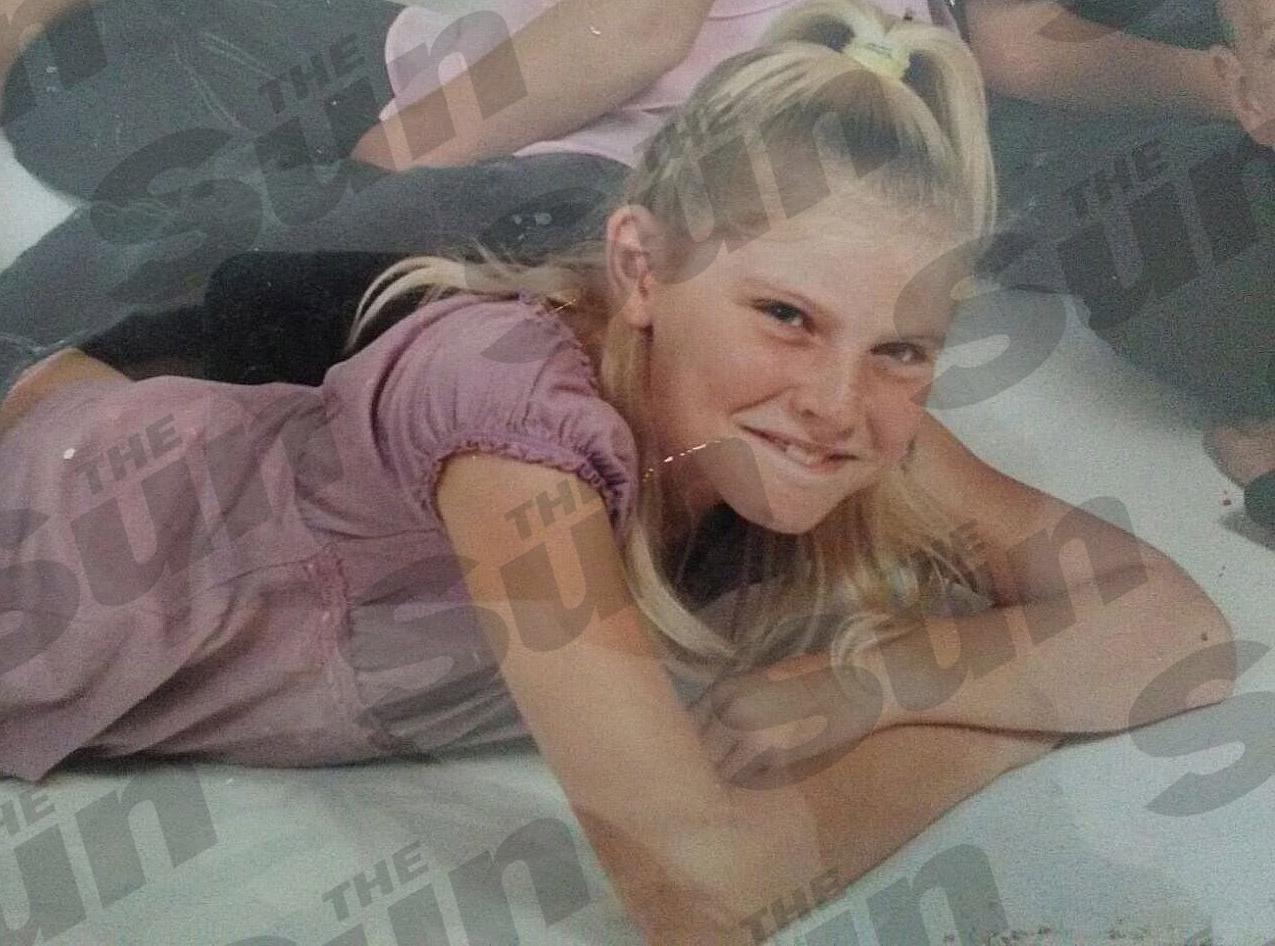 “I feel like that is what I am quite comfortable with.

“My first sexual relationship was at 13 with a boy. We had sex but it was just like normal experimenting.

“I first properly went out with a guy when I was 16 for a year and a half. My first girlfriend was when I was 15, I was with her a few months, it wasn’t very serious.

“I had a serious girlfriend when I was 17. That lasted about a year and we lived together.

“But we split after things stopped working out.” 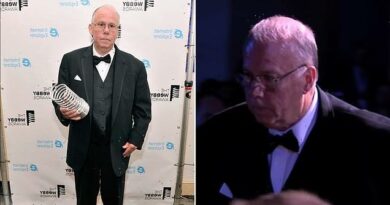 Stephen Wilhite, creator of the GIF dies at 74 after battling COVID-19 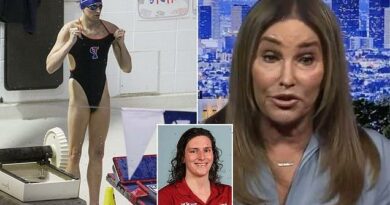 Caitlyn Jenner: Transgender women should NOT compete with biological