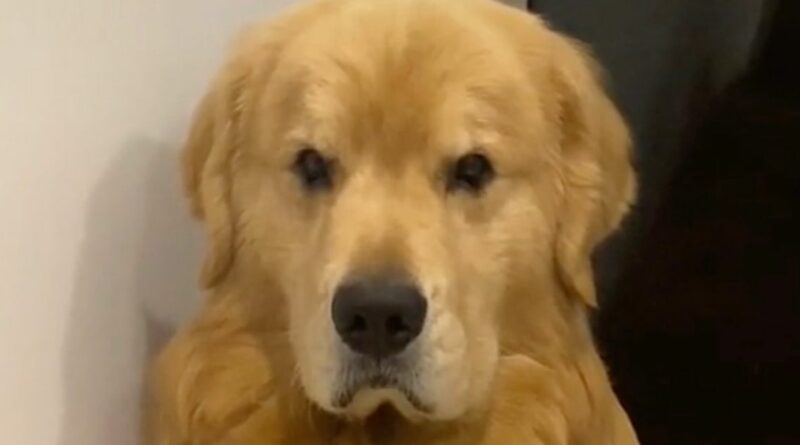 A golden retriever has left his owner in hysterics when he pulled up a grumpy face after smelling another dog on his owner mum.

Chester, the four-year-old fluffball, went viral on TikTok with his sensational expression which was jokingly captioned the "subtle moment he looks into your soul".

"It's always fun to see one of his videos taking off and I love watching people react," the owner told Daily Star.

"He made me laugh and made heart explode at the same time."

In the clip, the dramatic dog is seen leaning against the wall and a glass panel and giving what viewers have called "death stares" at his mum. While refusing to move an inch from the corner, Chester puts on what his mum calls a "resting old man face" and huffs through his nose.

He looks up and stares into his mum's eye while the background music plays a lyric line "you're still a traitor".

The overlay text reads: "When mum comes home smelling like another dog."

The clip racked up 5.7 million views and many fans urged Chester's mum to "apologise" and "cheer him up".

It's a place where you can share a picture of your dog in our Top Dogs feed and share your doggy advice.

"Go give him kisses and apologise to that sad, cute face, and cuddling often," one suggested.

A second wrote: "Oh no, you broke his heart! Hurry and give him treats to make him feel better."

Chester's mum told this site: "He has resting old man face, but this one was extra frowny. He looks like the sad emoji and I love how expressive he is.

"He has so much personality, like a human at times."

For more stories from the Daily Star, sign up to one of our newsletters here.

She also revealed that the jealousy was just a joke.

"I happened to be working late that night and Chester was just watching me with a frown to let me know his disapproval," she explained.

"He sometimes layers in a secondary huff of disapproval.

"In reality, he's curious about the scent. If I come home smelling like another dog, he's still super excited to greet me, but I may get a few extra sniffs!"