A DOG was locked in a 43C car for three hours before being found "gasping for air" – as its heartless owners sat drinking in a pub.

The small terrier breed dog was found in a car in Southend, Essex, on Saturday. 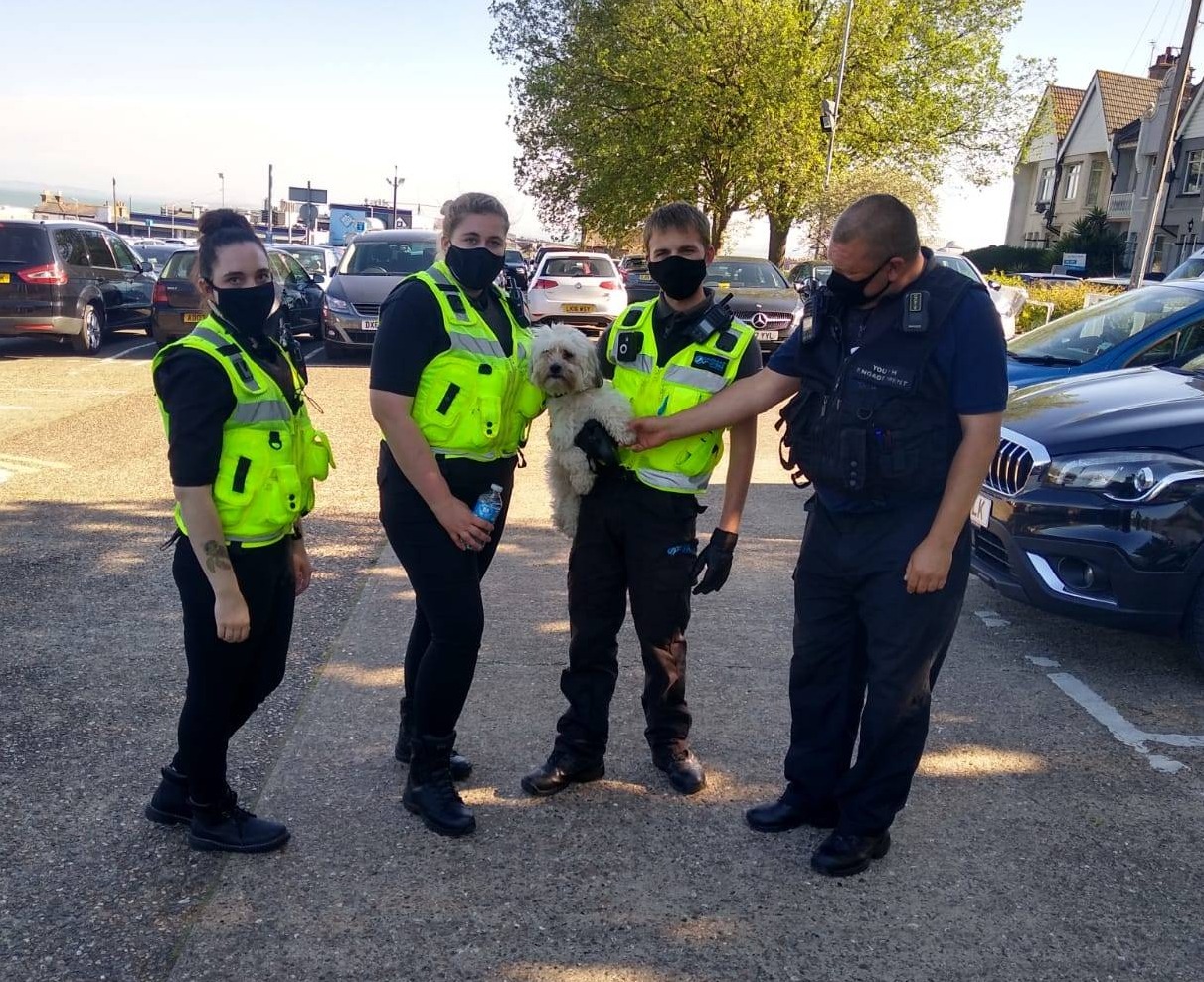 Cops smashed open the window of the car to free the poor pup.

On days where temperatures exceed 20C – as was the case on Saturday – cars can be as hot as 43C inside.

The dog's owner drove away from the scene and was later arrested for drink driving.

Safer Southend wrote on Twitter: "A dog was locked in a car for over 3 hours in this heat, owners were in a pub, window smashed as the dog was gasping for breath – now safe.

"Later, the owner drove away and shortly after was arrested for drink driving."

The RSPCA advises people who see a dog inside a hot car to call 999 immediately so the animal can be freed.

Britons could end up with a criminal record if something happens to their dog after it's left alone in a car.

It is not illegal to leave a pet unattended in a vehicle.

But if the animal becomes ill or dies as a result, you could be charged with animal cruelty.

If convicted under the Animal Welfare Act 2006, drivers can be jailed for six months and slapped with an unlimited fine.

In 2017, a motorist was given an 18-week prison sentence suspended for two years, banned from keeping animals for ten years and ordered to pay £1,900 in fines after his three dogs died.

Jonathan Theobald, 66, had left the pets in his car for five hours and said he "misjudged the weather very badly".

1. Call the police and ask for their assistance

2. If the police can't attend but the dog is in desperate need of help you make consider taking further action

3. Explain to the police what you intend to do

4. Take a photo of the dog trapped in the car

5. Take the name and number of any witnesses

6. If you do forcibly gain access to the car you should be willing to defend your actions in court should you be required to do so

Can’t find toilet paper amid the coronavirus pandemic? Here’s why. – The Denver Post