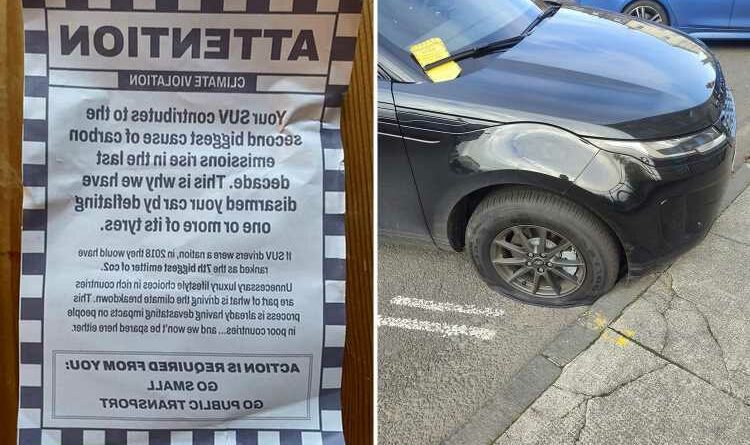 ECO protesters were branded "idiots" for deflating the tyres of 60 cars-but police have made no arrests. 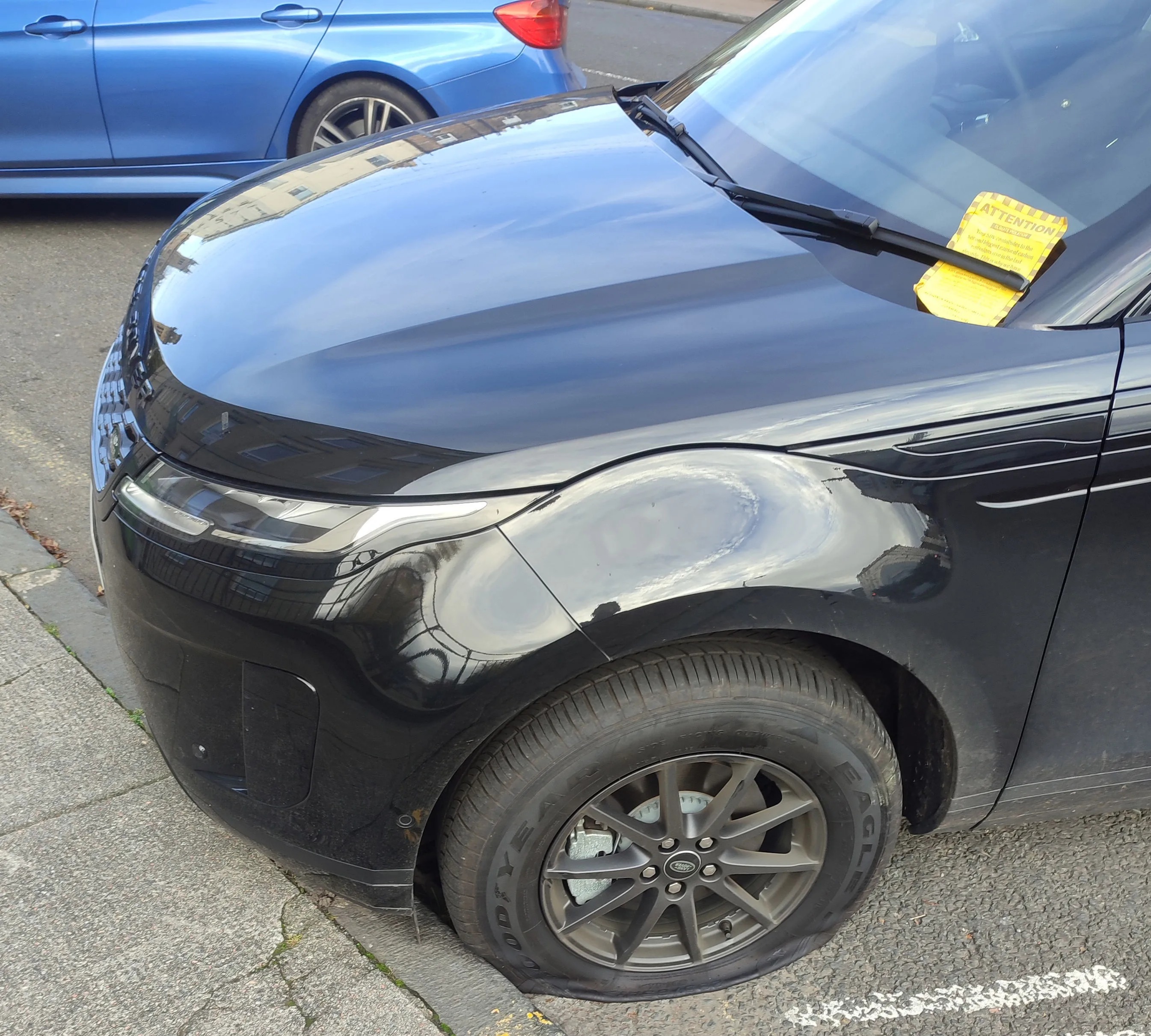 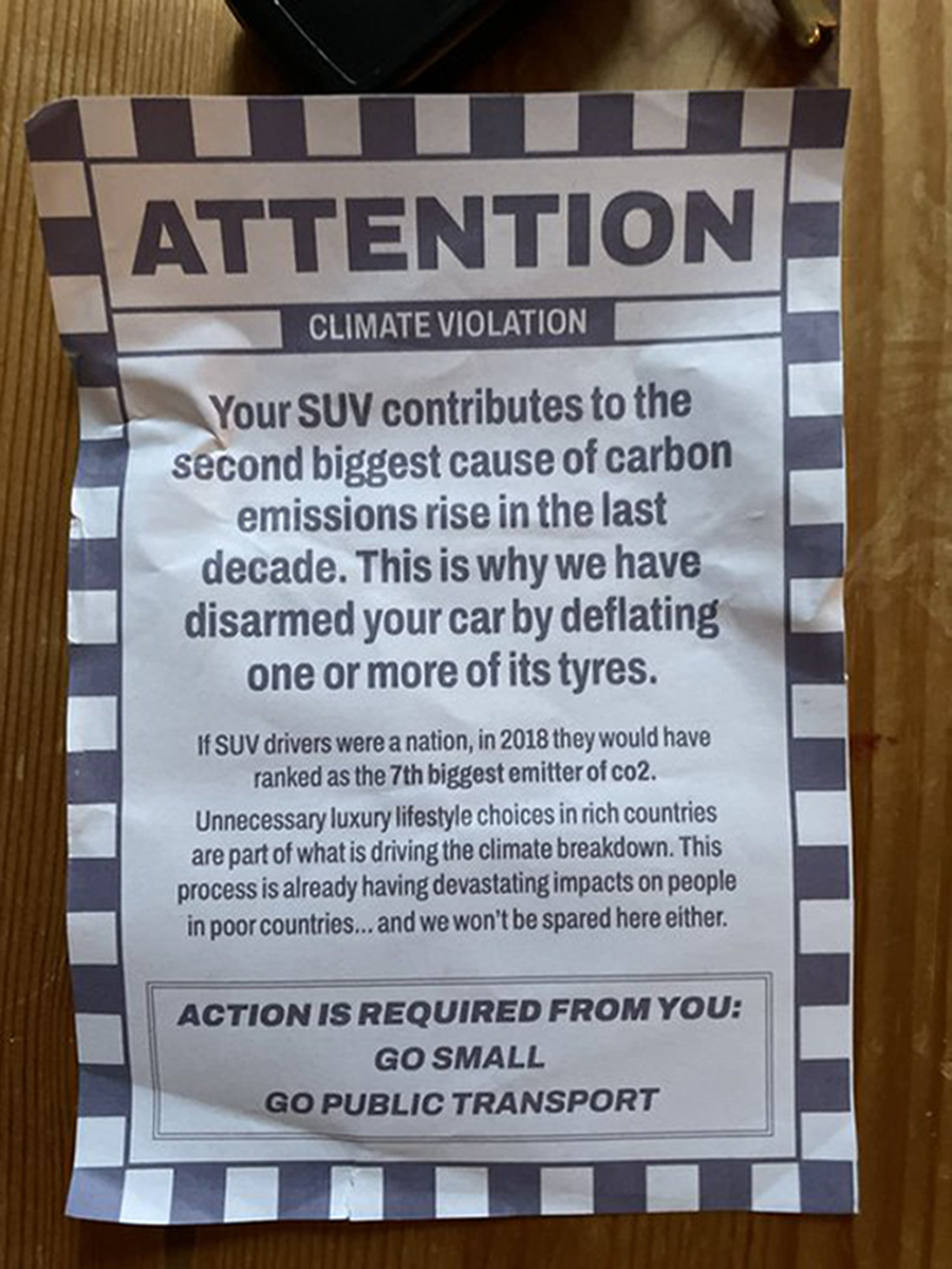 They claimed to have "disarmed" cars and accused owners of making "unnecessary luxury lifestyles" that were "devastating" poorer countries.

Police Scotland said patrols in the area would be beefed up to reassure residents, but nobody has been arrested.

The posters said: "Your SUV contributes to the second biggest cause of carbon emissions rises in the last decade.

"This is why we have disarmed your car by deflating one or more of its tyres.

”Unnecessary luxury lifestyle choices in rich countries are part of what is driving climate breakdown.

"This process is already having devastating impacts on people in poor countries…and we won’t be spared either.”

Victoria Young took to social media to share her anger, as she uploaded a picture of her front tyre completely deflated.

To the idiots who did this to my car as I’m trying to get to Paisley High Court this morning, did it ever occur to you that the driver might have to use their vehicle in an emergency

She tweeted: “To the idiots who did this to my car as I’m trying to get to Paisley High Court this morning, did it ever occur to you that the driver might have to use their vehicle in an emergency?

“It’s being reported to @PoliceScotland.”

Pharmacist Jamie MacConnacher found the two front tyres of his Land Rover had been deflated.

He said: “I don’t think targeting individuals that have these vehicles is the right way to do it.

"They don’t know what the reason for somebody having that car is.

“I understand that there is a need for change, I’m totally for that. I would have an electric car but it’s the logistics in the West End of Glasgow.

“There’s nowhere to charge outside your flat so it just doesn’t work for me."

Tyred of SUVs claimed responsibility for the incidents and said members deflated tyres of around 60 vehicles in the “rich neighbourhood”.

A group spokesman said: “If 4×4 drivers were a nation, they’d be the seventh biggest polluters on the planet.

“If the 1% won’t take responsibility for the climate destruction they wreak, we’ll make them.”

There’s also a far greater risk of a vehicle being involved in an accident due to the negative effect on steering and braking.

RAC road safety spokesman Simon Williams said: “Providing a vehicle hasn’t been driven on flat tyres and there’s no damage caused to the tyres or valves, they should just be able to be pumped up without issue.

"If, however, a car is driven with one or more flat tyres it can cause damage.

"There’s also a far greater risk of a vehicle being involved in an accident due to the negative effect on steering and braking.”

Jack Cousens, the AA's head of roads policy, said: "Letting down tyres is for the most part just a big irritation but there will be occasions when delaying health professionals and other people with essential jobs is irresponsible.

"It has to be remembered that Scotland's bad weather and more rural landscape outside the cities often makes a larger 4×4-type vehicle essential."

Tyred of SUVs are a breakaway group from anti-fossil fuel campaigners Glasgow Calls Out Polluters (GCOP).

A Police Scotland spokesman said: "We are aware of these incidents and there will increased patrols in the area to provide reassurance to local residents." 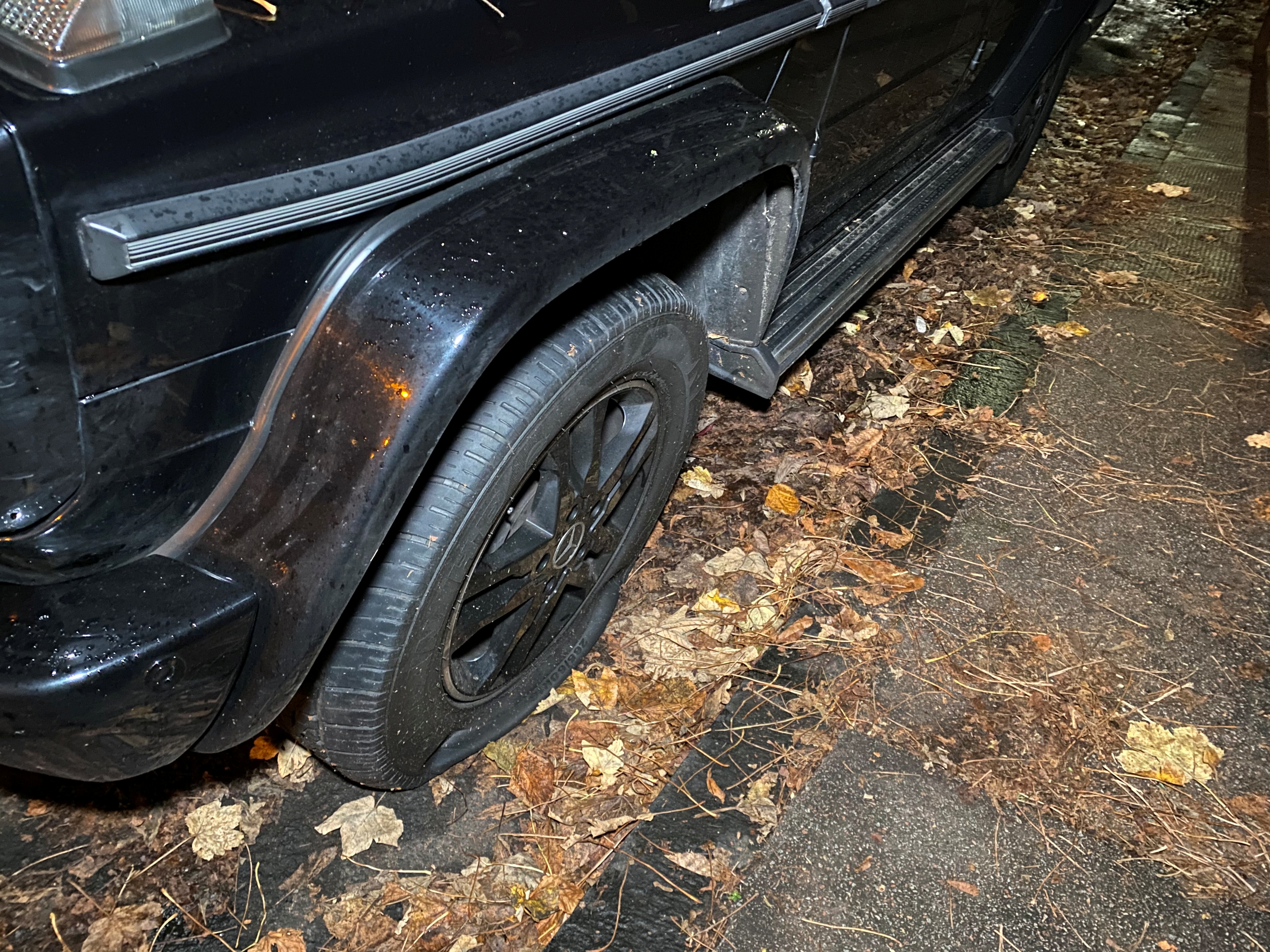 Elephant rams a safari truck and shatters its windscreen