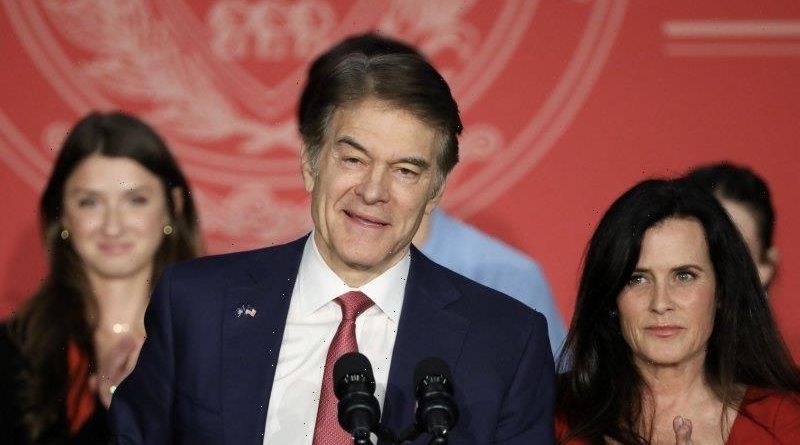 But dozens of other candidates who denied or questioned the legitimacy of the 2020 vote are projected to win, the vast majority in the House. 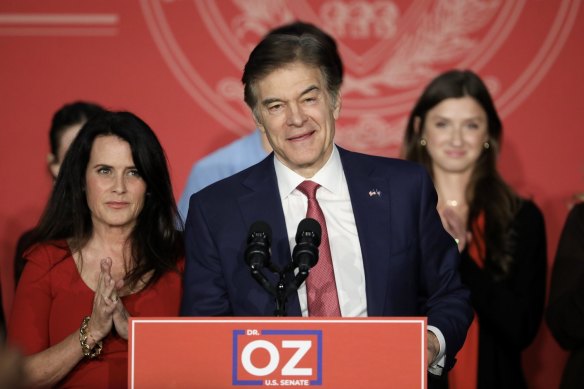 Dr Mehmet Oz was one of the candidates endorsed by Donald Trump.Credit:Bloomberg

At least 143 Republican election deniers running for the US House had won their races as of Wednesday morning, ticking past the 139 House Republicans who objected to the counting of electoral votes on January 6, 2021.

Several high-profile races remained too close to call, notably in Arizona, where Republican firebrand Kari Lake has made denying the 2020 election results a central theme in her campaign for governor. But election deniers were ousted in races for several key state-level positions with influence over the certification of election results.

“Just like yesterday I wasn’t prepared to say that democracy was dead, I’m not prepared to say this morning that the threat from election denialism is completely vanquished,” said Edward B. Foley, a law professor at Ohio State University who studies US elections. “I don’t think we are ‘out of the woods’ yet by any means.”

The mixed picture for election deniers emerged on Wednesday (US time) after an Election Day that largely went smoothly, with what experts described as normal hiccoughs but no systemic problems or violence. Threats of raucous protests and partisan challengers intent on interfering with the process had not materialised, they said. They cautioned that the process will continue for days and could turn tense in close contests.

Suzanne Almeida, director of state operations for Common Cause, said late on Tuesday that monitors were relieved by how quiet the day had been.

“I am happy to report that today has been relatively quiet on the political violence front,” she told reporters late Tuesday. “We were absolutely prepared for more significant incidents, but they simply have not come to fruition.”

That relative calm extended early on Wednesday to the post-election democratic ritual of claiming victory and offering concessions.

Two years after Trump prematurely declared he had won a second term and falsely claimed widespread election fraud, Republican candidates he endorsed took a different tack, urging their supporters to be patient until the results were clear. 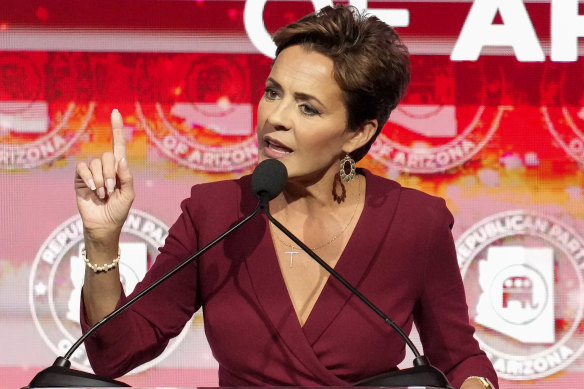 In Arizona, Lake on Tuesday evening assailed the “cheaters and crooks” she said were in charge of running elections and predicted she would win. But she stopped short of declaring she had.

“We’re going to be patient, guys,” she told a large crowd gathered in a ballroom at a resort on the outskirts of Phoenix. She added, “We will take the victory when it comes.” As of Wednesday morning, Lake was trailing her Democratic rival for governor, Katie Hobbs, with an estimated 66 per cent of votes counted.

In Michigan, less than 20 minutes after Fox News called the race for her opponent, Republican gubernatorial candidate Tudor Dixon took the stage in a downtown Grand Rapids hotel late on Tuesday to declare that the race isn’t over. Earlier in the race, she had refused to commit to accepting the results of the election.

“This race is going to be too close to call, despite what Fox thinks,” Dixon told a crowd of supporters. “The results continue to trickle in. The major counties have a very, very long way to go,” she said. “We stay up until we have every vote counted.” 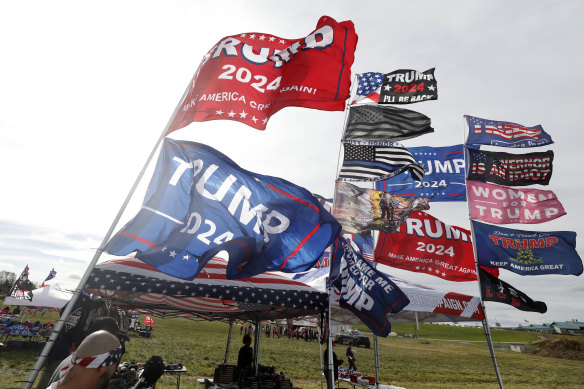 Supporters of former President Donald Trump browse vendors before an election rally with Trump in Pennsylvania.Credit:AP

But on Wednesday morning, Dixon conceded.

“I called Governor Whitmer this morning to concede and wish her well,” Dixon said in a statement emailed by her campaign. Dixon thanked her supporters and volunteers, saying, “we came up short, but we will never stop fighting for our families.”

Michigan Secretary of State Jocelyn Benson (a Democrat) said she choked up with relief when Dixon conceded – not because Dixon lost, but because she endorsed the democratic norm of acknowledging election results. 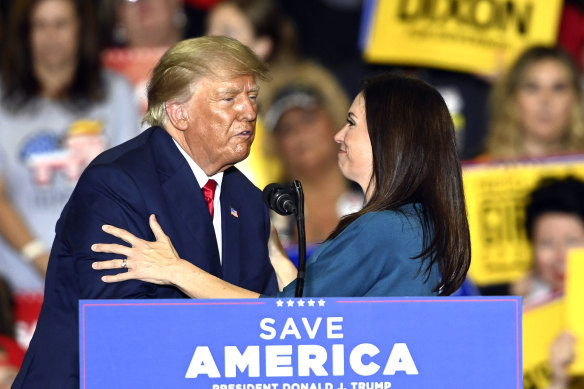 “One of the most significant markers of a successful, smooth election is when the losing candidate graciously concedes defeat,” Benson wrote in a text message. “So to see candidates who previously denied the accurate results in 2020’s election now graciously concede defeat in their own high-profile races tells me we’ve truly succeeded in running a smooth and successful election in Michigan.”

Other election deniers also conceded their races after media organisations projected they would lose, even as votes remained to be counted.

Matthew DePerno, the Republican nominee for attorney general in Michigan and a prominent figure in the national movement claiming fraudulent elections, conceded to incumbent Dana Nessel, a Democrat, on Wednesday morning.

“Although I may be conceding to Dana Nessel today, I refuse to concede that Michigan is a blue state,” DePerno posted on Twitter. “I will continue to fight like hell to restore Michigan to all it can be. Thank you to each and every one of you!”

Tim Michels, the Republican nominee for governor in Wisconsin, had refused to rule out attempting to “decertify” Joe Biden’s 2020 victory – something for which there is no mechanism in the law. But Michels conceded to incumbent Governor Tony Evers, he told his supporters on election night. “the math doesn’t add up,” he said. “I wish the Evers family well.”

In Pennsylvania’s closely watched Senate race, widely seen as key to Democrats’ chances for maintaining control of that chamber, Trump-backed Mehmet Oz conceded on Wednesday morning in a phone call to his Democratic opponent, John Fetterman, according to Fetterman’s campaign.

However, as of Wednesday morning there had been no concession from Doug Mastriano, the Republican nominee for governor. Multiple media organisations called the race for Democrat Josh Shapiro shortly after polls closed Tuesday night. Mastriano has been among the nation’s most vocal election deniers and was at the Capitol on Jan. 6, 2021, the day Trump supporters laid siege to a joint session of Congress.

“Accepting defeat means acknowledging that facts matter, that the will of voters matters, that reality-based thinking can prevail,” said Ruth Ben-Ghiat, a history professor at NYU who studies fascism and is the author of Strongmen: From Mussolini to the Present.

As of Wednesday morning, more than 165 of 291 election deniers were projected to have won, including Florida Governor Ron DeSantis, Senator Rand Paul and Representative Greg Pence (Ind.), the brother of former vice president Mike Pence. Another 40 races had not been called.

The Washington Post identified candidates as election deniers if they directly questioned Biden’s victory, opposed the counting of Biden’s electoral college votes, expressed support for a partisan post-election ballot review, signed on to lawsuits seeking to overturn the 2020 result, or attended or expressed support for the Stop the Steal rally in Washington that preceded the riot at the Capitol.

But votes in other races were still being tallied. Congresswoman Lauren Boebert, the freshman MAGA Republican from Colorado, was fighting to keep her seat, trailing her Democratic opponent by more than 3000 votes with 93 percent of ballots counted.

In Nevada, Republican secretary of state nominee Jim Marchant – one of the “alternate” slate of electors the Nevada GOP submitted to overturn Biden’s 2020 legitimate victory – was narrowly ahead of his Democratic opponent with just over 77 per cent of ballots counted.

Most election deniers campaigned on a range of issues, notably inflation, abortion and crime. Voters did not necessarily vote for or against them because of their stance on the 2020 presidential results. But the outcomes of those races could nevertheless have lasting consequences for US democracy.

Winning candidates for governor, secretary of state and attorney general will assume offices with significant power overseeing American elections. Unofficial projections Tuesday showed that election deniers will amount to a sizable majority within the House Republican caucus, with enormous sway over the choice of the nation’s next speaker should Republicans claim control of the chamber. The speaker would in turn preside over the House in the 2024 election cycle, when the presidential vote could again be contested.