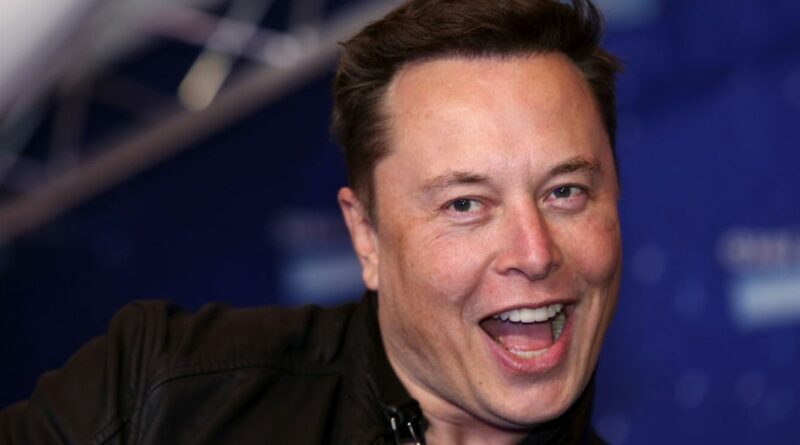 Elon Musk has reportedly bought a ticket on one of Sir Richard Branson's spaceship flights.

The tech billionaires have teamed up in their three-way race against Jeff Bezos to market commercial flights into space.

Sir Branson is set to become the first to blast off into space on Sunday in a live stream starting at 2pm UK time.

Amazon chairman Bezos — currently the world's richest man — will follow in his own spaceship on July 20 and has claimed only his trip will be going high enough to be counted.

Sir Richard is preparing to fly on Virgin Galactic’s first fully crewed flight to the edge of space from New Mexico.

The Sunday Times reports Tesla chief Musk — who owns rival exploration company SpaceX — has paid for a seat on a future Virgin voyage at an unspecified date.

Sir Richard confirmed that Mr Musk paid a 10,000-dollar (£7,000) deposit to reserve a seat, telling the paper that he might reciprocate by booking a ticket on a SpaceX flight in the future.

“Elon’s a friend and maybe I’ll travel on one of his ships one day,” he said.

Meanwhile, Sir Branson has tweeted a countdown to the lift-off to which Musk, 50, commented: "Will see you there to wish you the best.'"

The Virgin Galactic chief replied: "Thanks for being so typically supportive and such a good friend, Elon.

"Great to be opening up space for all – safe travels and see you at Spaceport America!'"

SpaceX has launched dozens of rockets, including manned flights, but Mr Musk himself has not yet flown on any.

The company is due to launch its first fully private spaceflight in the autumn.

Sir Richard will become the first owner-astronaut to take part in a mission, beating Amazon founder Bezos who plans to reach space in his own rocket through his Blue Origin company.

Tourists are expected to pay some $250,000 (£180,000) for a spaceflight on Virgin Galactic, which includes four minutes of zero gravity.

Sir Richard's Virgin Galactic will fly above 80km (262,00ft) – the altitude the U.S. recognises as the boundary of space.

Bezos’ Blue Origin will meanwhile fly above 100km (328,000ft), which is commonly known as the Kármán Line.

Blue Origin's chief Bob Smith has decried Virgin Galactic’s approach as “a very different experience” because “they’re not flying above the Kármán line”.

Virgin Galactic CEO Michael Colglazier replied: “We are going above the astronaut line,” and that it is “the only commercial company that’s flown private astronauts” to date.

It will be Sir Richard's Virgin Galactic’s fourth spaceflight test to date.

He founded the company 17 years ago, with it now attempting to finish development testing this year so it can begin flying space tourism passengers in early 2022.

Bezos’ Blue Origin has goals beyond tourism, but the billionaire is also aiming to fly to the edge of space on the company’s first crewed launch on July 20.