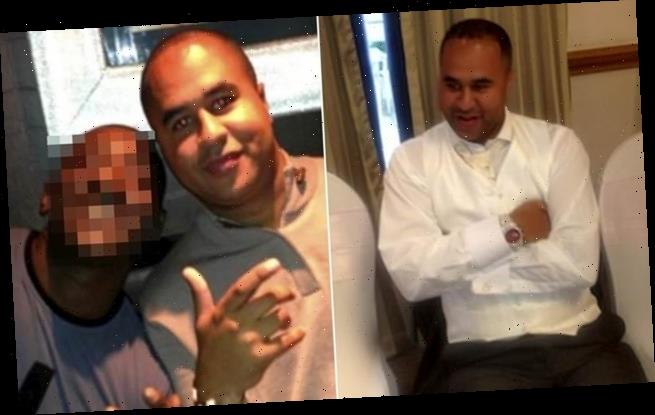 Family of British convicted robber, 39, who was shot dead in ‘gun battle’ with Spanish police claim he was ‘executed’ as inquest hears there is no evidence he was armed or posed any threat

The family of a Brit killed by Spanish police in a hail of bullets believe he was ‘executed’.

Barber Sean Hercules, 39, was shot at least 18 times in a hotel on the Costa del Sol in what Spanish police described as a gun battle.

But, at an inquest today there was no evidence produced that married dad of two Sean, from, Leeds, West Yorkshire, was armed or posed any threat when he was gunned down.

West Yorkshire Senior Coroner Kevin McLoughlin criticised police in Estepona, near Marbella, for ‘a conspicuous lack of cooperation’ and in refusing to send any files have not helped ‘one inch’ in the inquest.

Sean, who had posted selfies of himself with former professional boxer David Haye and grime artist Stormzy, was shot dead in the Autosole Aparthotel, Estepona, on the afternoon of 10 September, 2018, having walked away from a 100MPH car smash in Puerto Buenos that morning.

Spanish police claimed they had discovered ammunition in the vehicle, but that has never been established. 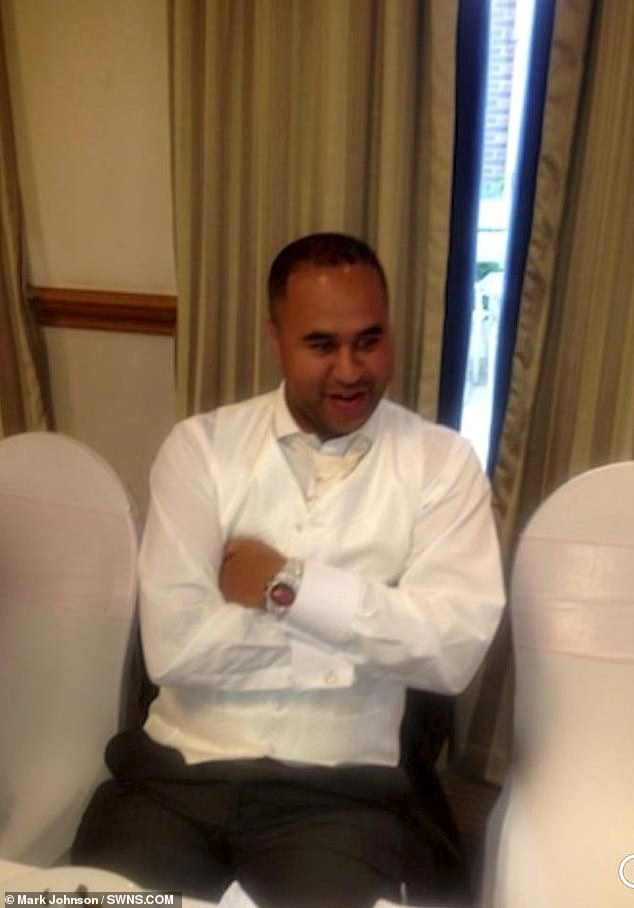 Barber Sean Hercules, 39, was shot in a hotel on the Costa del Sol in what Spanish police described as a gun battle

His mum Martha Friel, 66, told Wakefield Coroners Court that Sean had video called her after the crash – that was the last time she spoke to him.

The inquest initially heard that at about 5.15pm three national Police officers knocked on Sean’s hotel door and that he grabbed two pistols and he was killed in a shootout.

He was hit by 18 bullets, in the legs arms and body, which caused 39 wounds. There were no reports of any injuries to the police officers.

But after Sean’s brother Mark Johnson, 41, alerted the coroner to a video recording – which was viewed in the inquest – it showed eight armed police officers at the scene.

His schoolteacher wife Sherree Dooley, 34, who is mother to Sean’s two children aged nine and six, said: “To do that to someone is just evil, absolutely evil.

“He was murdered, ruthlessly murdered.”

Sean had gone to Spain to open a barbershop 10 months before his death and she had the children had planned to follow him.

“We had a good relationship. Sean was a loving husband and a good dad,” she told the inquest. 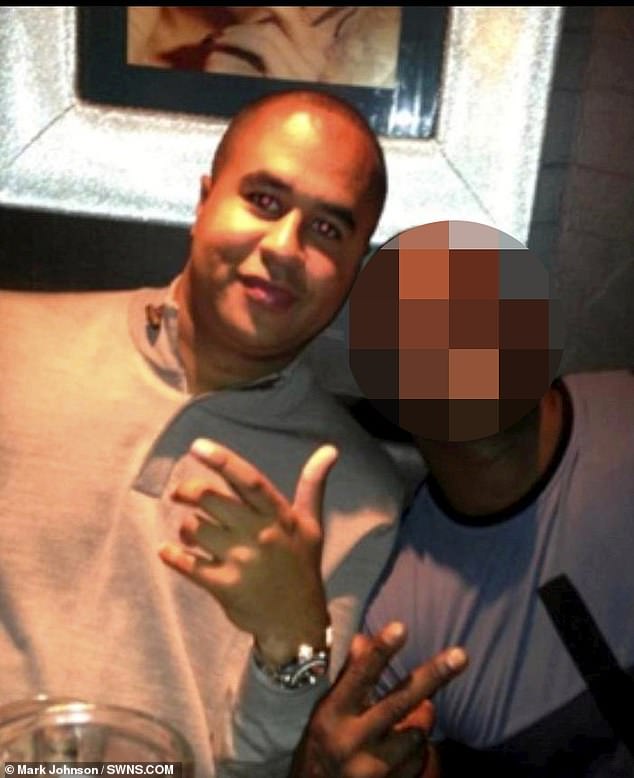 Sean had gone to Spain to open a barbershop 10 months before his death and she had the children had planned to follow him.

The inquest where his mother was left alone at Malaga Airport, with no help from the British embassy of Spanish authorities, when she flew out to identify her son’s body, which was eventually presented to her with his eyes wide open.

And, despite a post mortem in Spain, his body was eventually sent back with bullets still lodged inside him.

“He was sent home with bullets still in his body and without any death certificate, so we had to cancel his funeral,” said his wife. 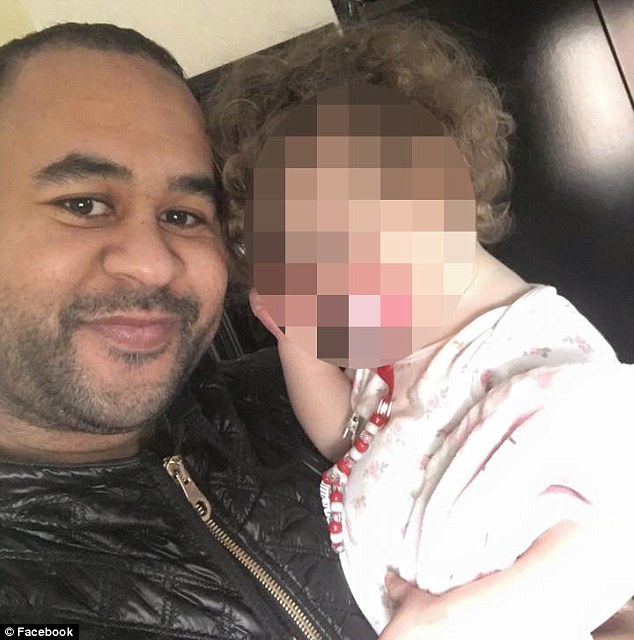 Sean was hit by 18 bullets, in the legs arms and body, which caused 39 wounds. There were no reports of any injuries to the police officers

Detective Constable Simon Ridewood, of West Yorkshire Police, said Sean had served jail terms in the UK for firearms offences in the past, and had failed to attend a sentencing for possession of an offensive weapon in January 2018.

But he added that Sean was ‘not a high priority’ and there was no European arrest warrant out on him.

Pathologist Dr Matthew Lyall carried out a second post mortem in Britain, but said he was hampered because he was given no briefing about what had occurred, and there were no notes or photographs from the first autopsy. 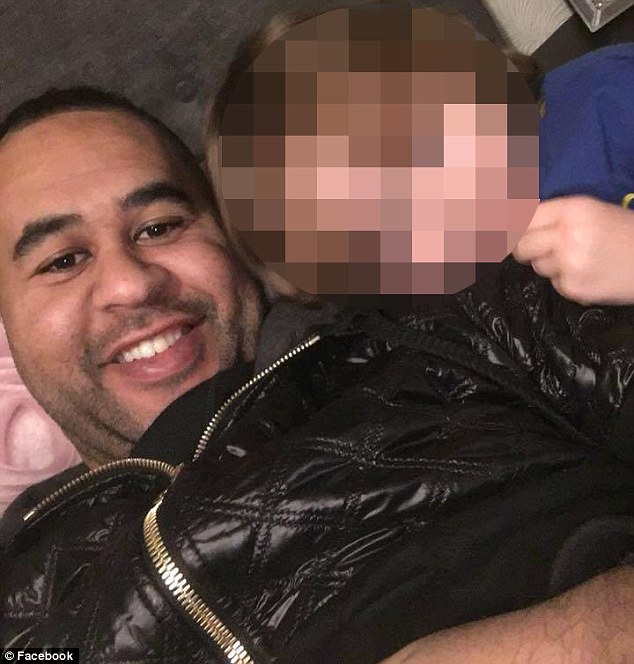 A spokesman for Spain’s National Police in Malaga confirmed: ‘Police have had to repel an armed man who shot at them

He said the number of gun wounds was ‘the most I have personally seen in one person’ and said that because so many firearms where discharged in such a confined area Sean would have been ‘drenched’ in gunshot residue.

He said he would ‘be cautious’ about the claim that Sean had a gun at the time he was killed.

“There is no evidence that a police officer was shot,” said the coroner.

Recording an ‘open verdict’ Mr McLoughlin said Sean was ‘riddled with bullets’ and due to lack of cooperation from the Spanish police he was unable to determine whether the death was lawful or unlawful.

“It is an understatement to say that I am disappointed by the actions of the Spanish authorities,” he said.

He said he has also written to the British Embassy and the Foreign and Commonwealth Office for help but had been given none.

“There has been radio silence from the Spanish police,” he said.

“The Spanish authorities have not disclosed their findings. The exact sequence of events immediately prior to his death are not known.”

He said it was unclear why eight police officers attended to make an arrest, whether Sean was given the opportunity to surrender, whether Sean had a gun and had shot at the officers, and why it was ‘deemed appropriate’ to fire 18 bullets into his body.

Outside court his brother Mark said: “This was an execution. It was murder and the Spanish police have covered it up.” 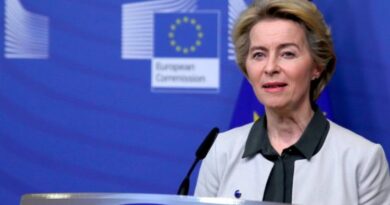 EU on brink: Brussels warned people going to be ‘fed up’ with unaccountable system