Home » For 36 minutes on Saturday, Broadway was open. 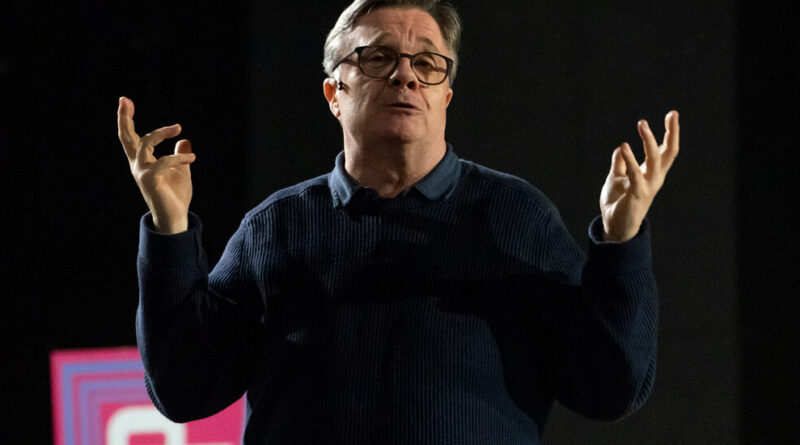 There were just two performers — the tap dancer Savion Glover and the actor Nathan Lane, both of them Tony Award winners — on a bare Broadway stage. But together they conjured up decades of theater lore.

The 36-minute event, before a masked audience of 150 scattered across an auditorium with 1,700 seats, was the first such experiment since the coronavirus pandemic forced all 41 Broadway houses to close on March 12, 2020.

Glover performed an improvisational song-and-dance number in which he seemed to summon specters of productions past — “A Chorus Line,” “The Tap Dance Kid,” “Dreamgirls,” “42nd Street.” He also made a pointed reference to Black life in the U.S., interpolating the phrase “knee-on-your-neck America” into a song from “West Side Story.”

Lane, one of Broadway’s biggest stars, performed a comedic monologue by Paul Rudnick, in which he portrayed a die-hard theater fan who dreams (or was it real?) that a parade of Broadway stars, led by Hugh Jackman, Patti LuPone and Audra McDonald, arrive at his rent-controlled apartment and proceed to vie for his attention while dishily one-upping one other.

The St. James, a city historic landmark built in 1927, was chosen in part because it’s big — and empty. The theater also has a modern HVAC system, and its air filters were upgraded during the pandemic in an effort to reduce the spread of airborne viruses.

The event, while free, was invitation only, and the invitations went mostly to workers for two theater industry social service organizations, the Actors Fund and Broadway Cares/Equity Fights AIDS. 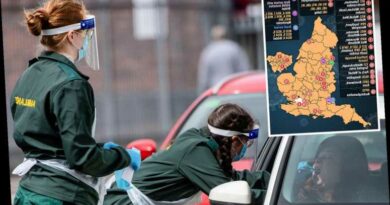 The Census must adjust to coronavirus crisis — just like everything else