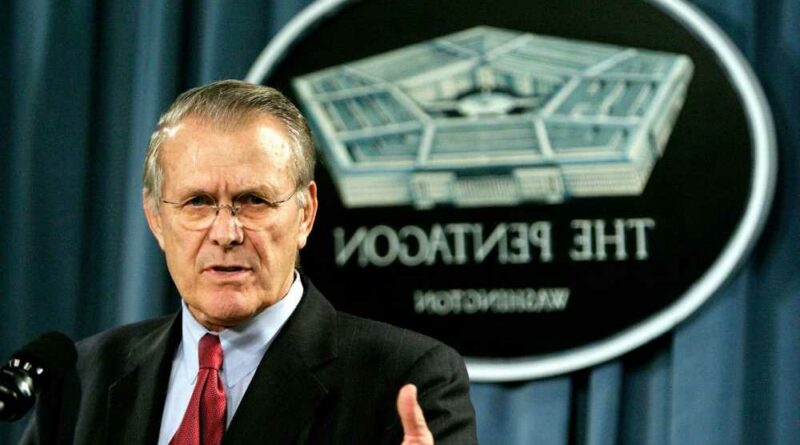 Rumsfeld shrugs off Bush voting for Clinton: ‘He’s up in years’

Thanks to Donald Rumsfeld, you can pretend you’re Winston Churchill playing solitaire

Donald Rumsfeld, the two-time defense secretary best known for serving in that position at the height of the Iraq War, has died. He was 88.

The Chicago native passed away at his home in Taos, New Mexico, surrounded by family, according to a statement posted on his official Twitter account Wednesday.

“History may remember him for his extraordinary accomplishments over six decades of public service, but for those who knew him best and whose lives were forever changed as a result, we will remember his unwavering love for his wife, Joyce, his family and friends, and the integrity he brought to a life dedicated to country,” the statement said.

Solar Orbiter blasts off to unlock mysteries of the Sun