Home » World News » From a cup of tea to footie and the freedom to be who you want to be, Sun readers on what being English means to them 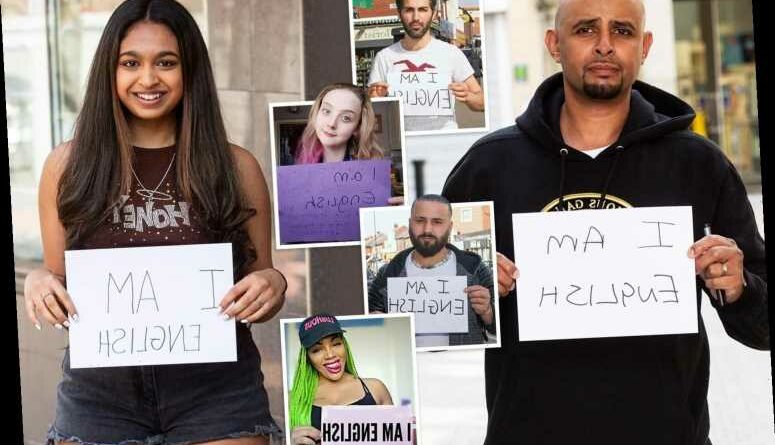 THIS is England – according to Sun readers from all races and backgrounds.

In a week where race has been at the heart of the national conversation, we spoke to people up and down the country about what it means to be English. 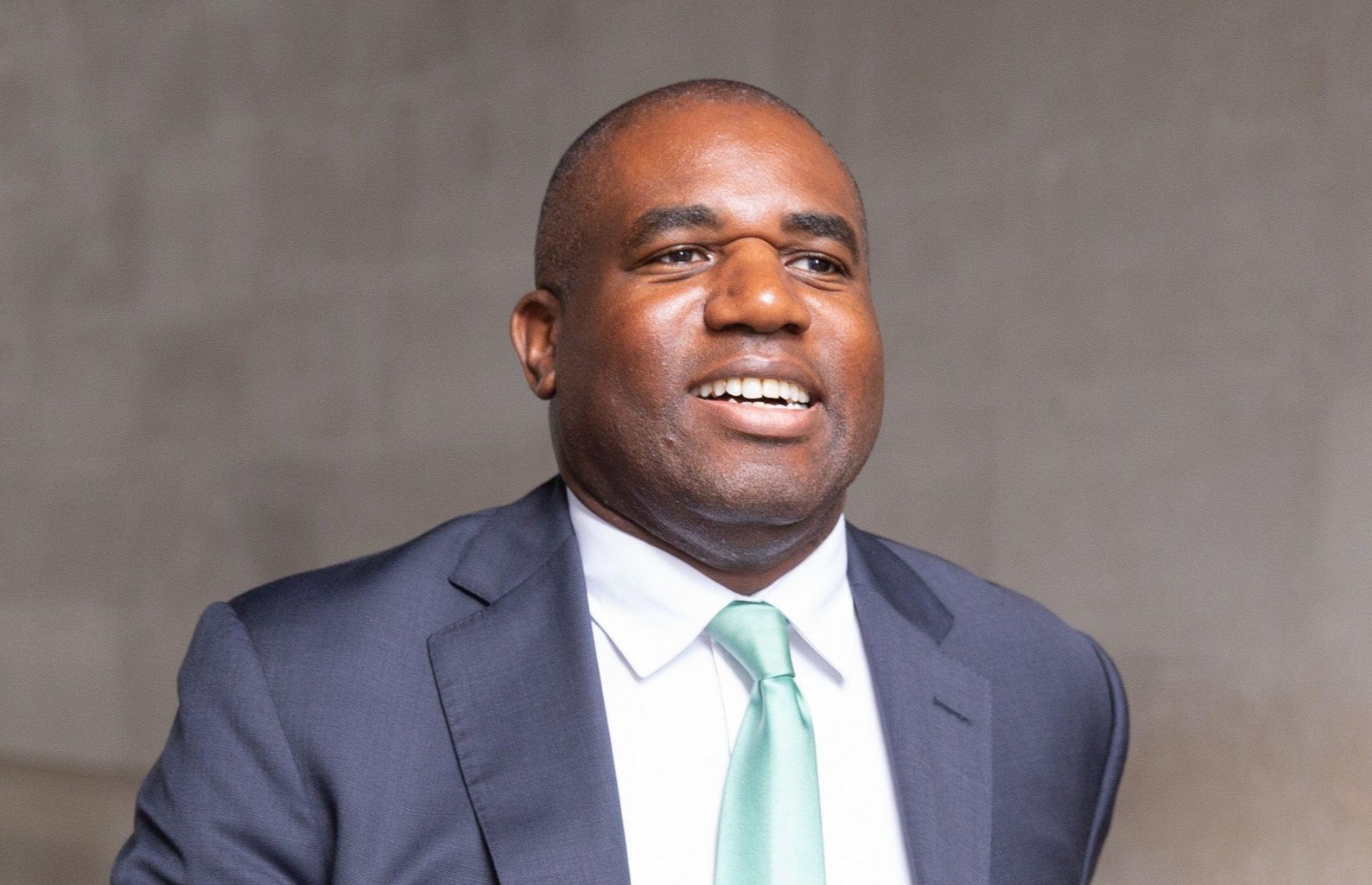 On Monday, Labour shadow minister David Lammy went viral after responding to an 80-year-old listener on his LBC radio show who challenged his claim to be English because he is not white.

The 48-year-old MP for Tottenham, born in London to Guyanese parents, won huge praise for calmly stating it is a “myth there’s one English ethnicity”.

He told the caller, known only as Jean: “England has always been a country in which Huguenots, Danes, all sorts of people have passed through. So when you say you are English, I’m not saying that doesn’t mean something to you and matter hugely.

“But it is to say that for me, the fact that I was born here and the fact that my sensibilities are English mean I want to claim that heritage as well.”

From a good cup of tea to footie, and the freedom to be who you want to be, our readers explain what being English means to them.

SECURITY officer Asif Javed, 40, is of Pakistani heritage but born and bred in Bolton.

He said: “It doesn’t matter what background you are from, we’re all equal at the end of the day.

“We’re all the same, we all have feelings and it doesn’t matter what race you come from, you can be English.

“I feel English. I’m Bolton-born-and-bred, I’m from a Muslim background but I consider myself British.

“If I didn’t feel that way, I wouldn’t follow the ways of the country. I don’t see why colour would change that.

It’s just ridiculous how some people would think that you’re not English because of your skin colour.”

A-LEVEL student Saachi Hemmady, 18, from Wigan, is of Indian heritage and believes being English is not about skin colour.

She said: “I consider myself to be English as I was born here, I speak English, I have been educated here.

“I’ve had the same education as everyone else, from junior school through to sixth form. I am no different from somebody born in this country with white skin.

“I think if you’re born and raised here, skin colour shouldn’t matter at all, everyone’s the same.

“It isn’t up to anyone else to tell you that you’re not English because you’re not white.” 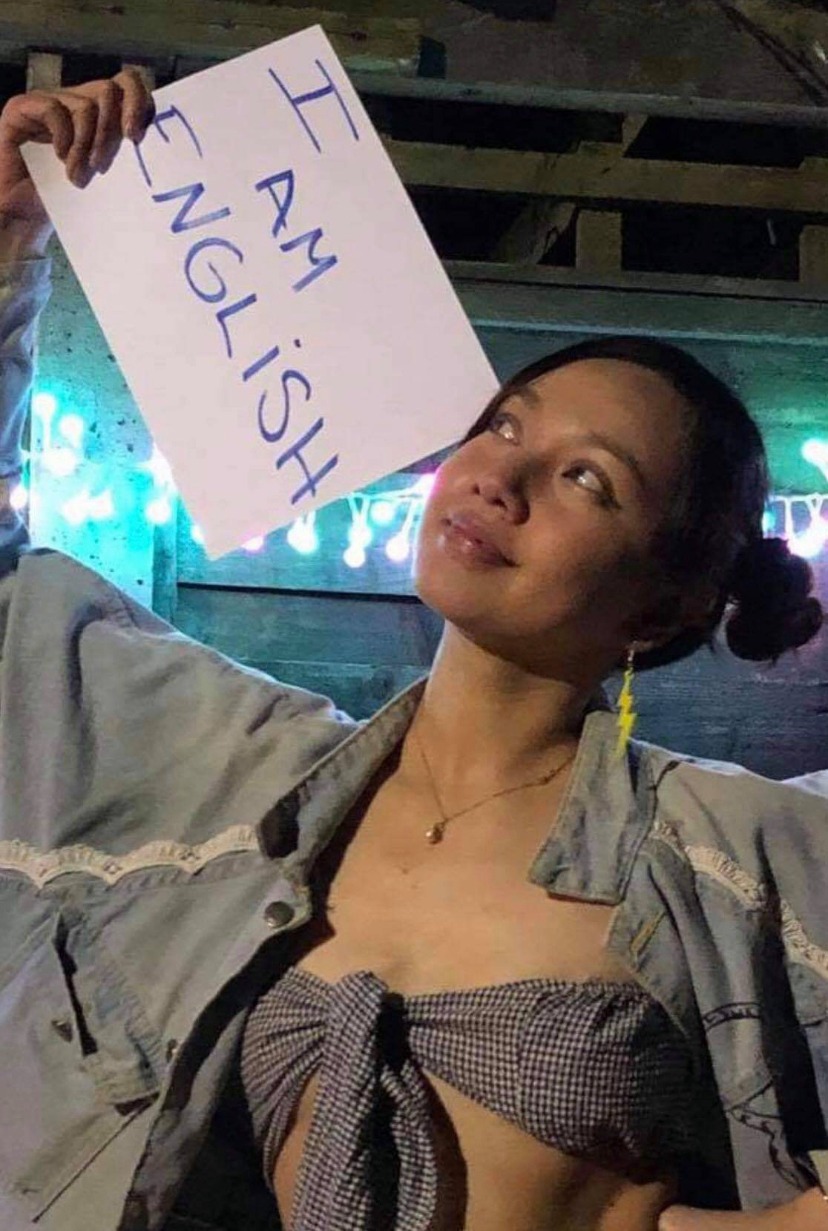 SHA SUPANGAN, a Filipino British singer and DJ, from Shepherd’s Bush, West London, says being English gives her the freedom to pursue her dream job.

The 32-year-old said: “England is an amazing melting pot of cultures.

“People who say you can only be white to be English don’t understand the true definition of English.

“It’s about freedom and knowing that whoever you are, you are accepted.

“It means being able to enjoy the benefits of all cultures and pursue my dream.” 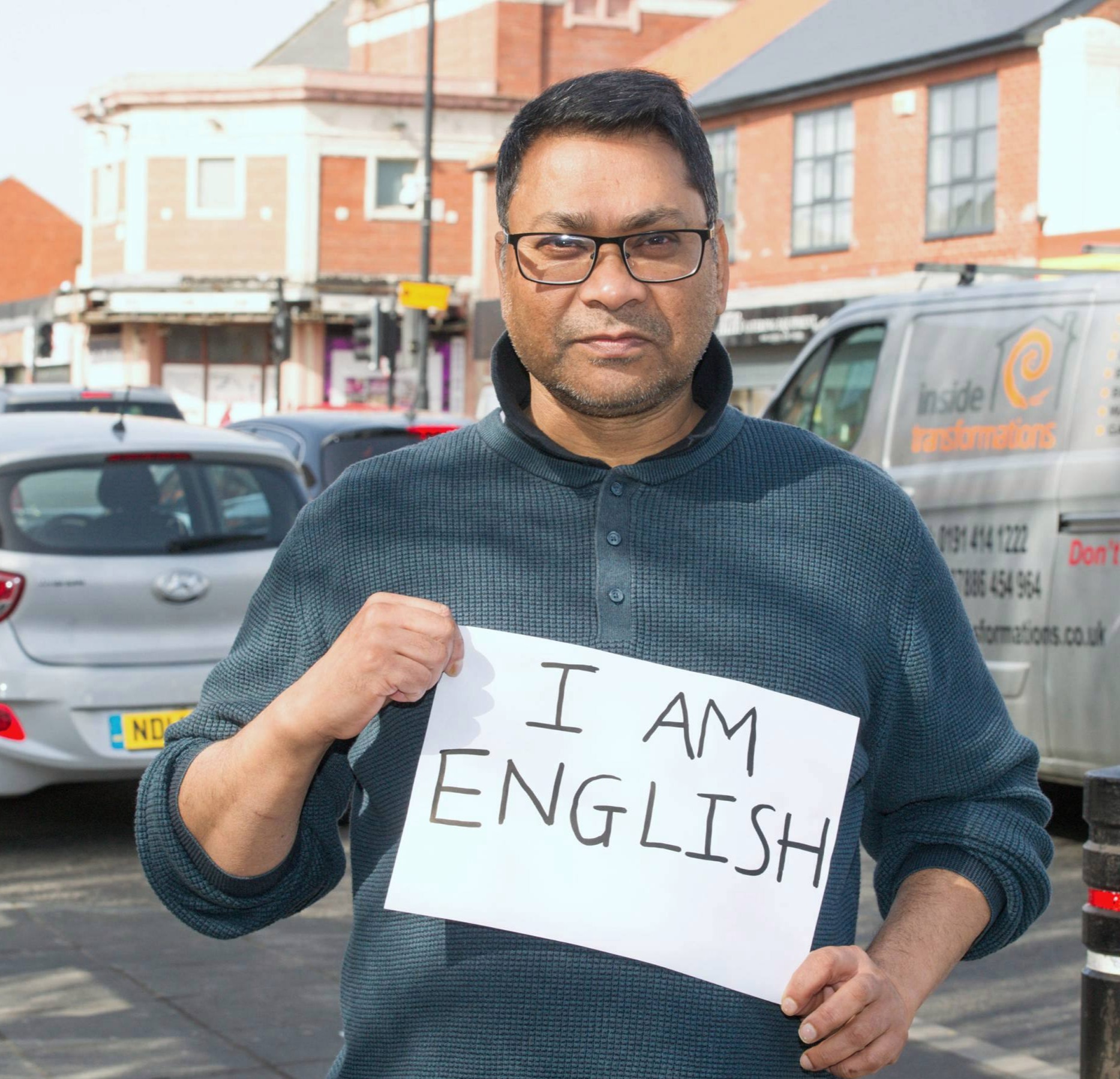 RESTAURANT worker and dad of two Mahub Hasam is originally from Bangladesh and now lives in Newcastle.

The 56-year-old said: “I definitely consider myself English. It’s one small country but it is so multicultural. But I also believe the right to call yourself English has to be earned.

“We have to learn and respect the language and law.

“There’s lots of great things I love about England and that make me feel English.

“Eating full English breakfasts is one of them.” 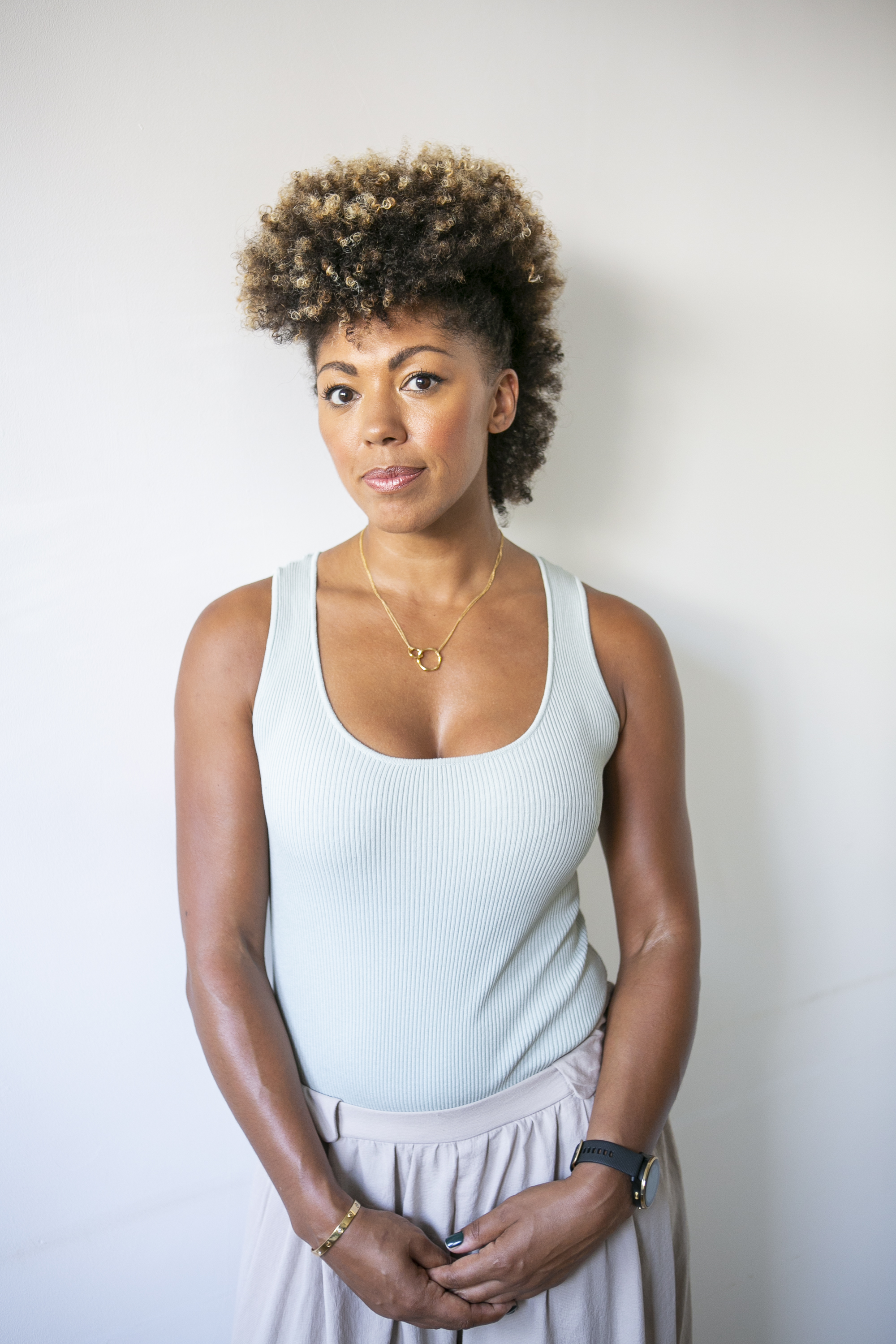 DR Zoe Williams, Sun columnist and Fabulous GP, said: “My father is Jamaican and my mum was English, so what am I? The short answer is, I am what I choose to be.

“I may never have been to Jamaica but I am incredibly proud of my heritage. I am English, I was born here and I’ve lived here all my life and, having grown up in Burnley, I have a strong northern English accent.

“Who is anyone else to tell me who I am and what I am?

“It is my identity and I can describe myself however I like.” 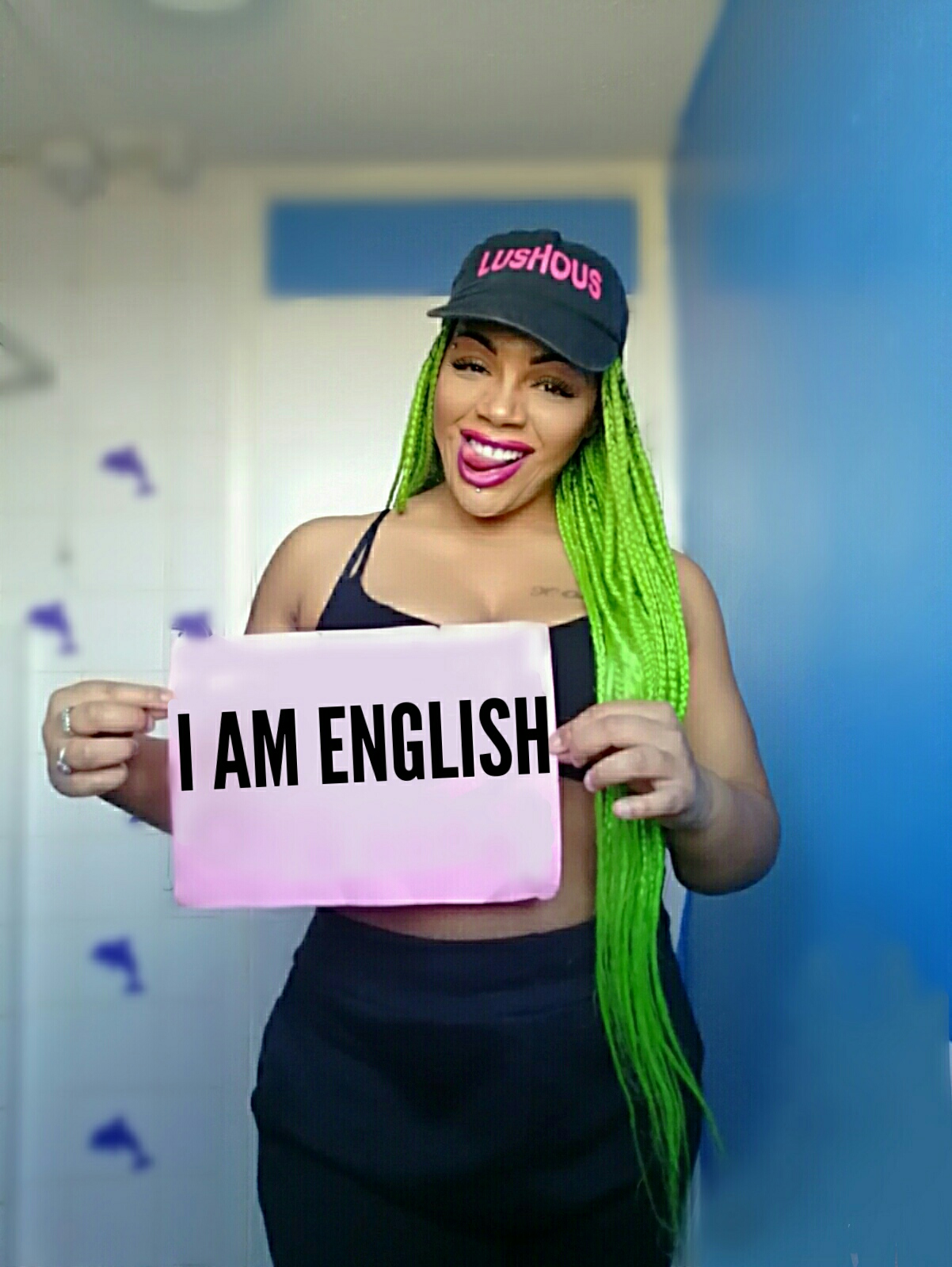 OUR politeness is one defining feature of being English for 34-year-old Lorna Simpson.

“I always make space for people on the street and smile a lot. And dunking biscuits in my tea seems to be in my genes.

“And there really is nothing better than afternoon tea at the Hilton – those scones with clotted cream.

“No matter where I travel in the world, there is nothing like our English hills and valleys. But I do appreciate the sun deeply – because I don’t get it enough.” 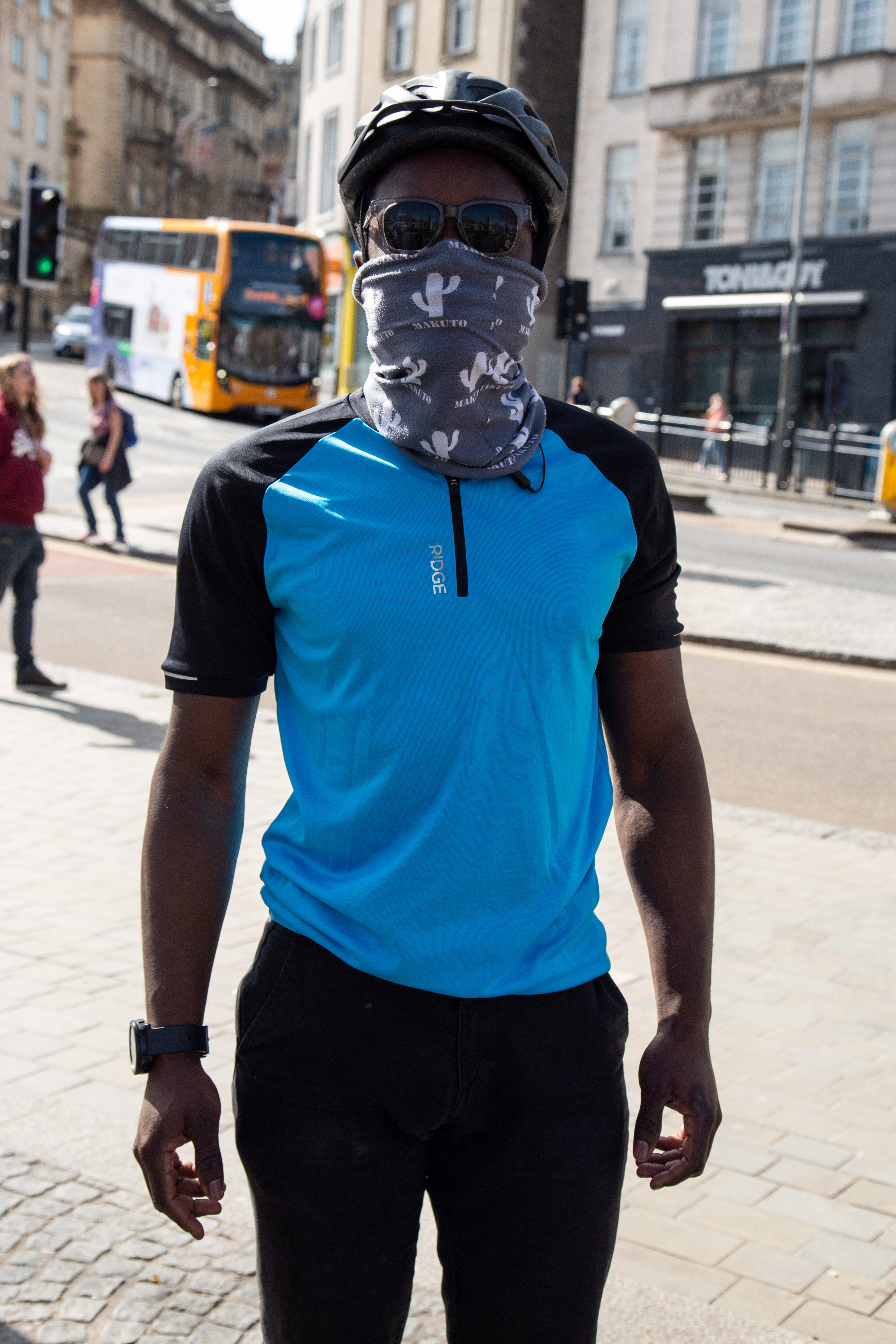 Sam, whose mother comes from Jamaica, said: “I don’t get why people think you can’t be English just on the colour of your skin. They say, ‘Where are you really from?’.

“My heritage is Caribbean but I’m English and I was brought up in Nottingham. To be honest, I don’t really connect with the Caribbean.

“I just see myself as English. I struggle to understand why people assume I’m not English.” 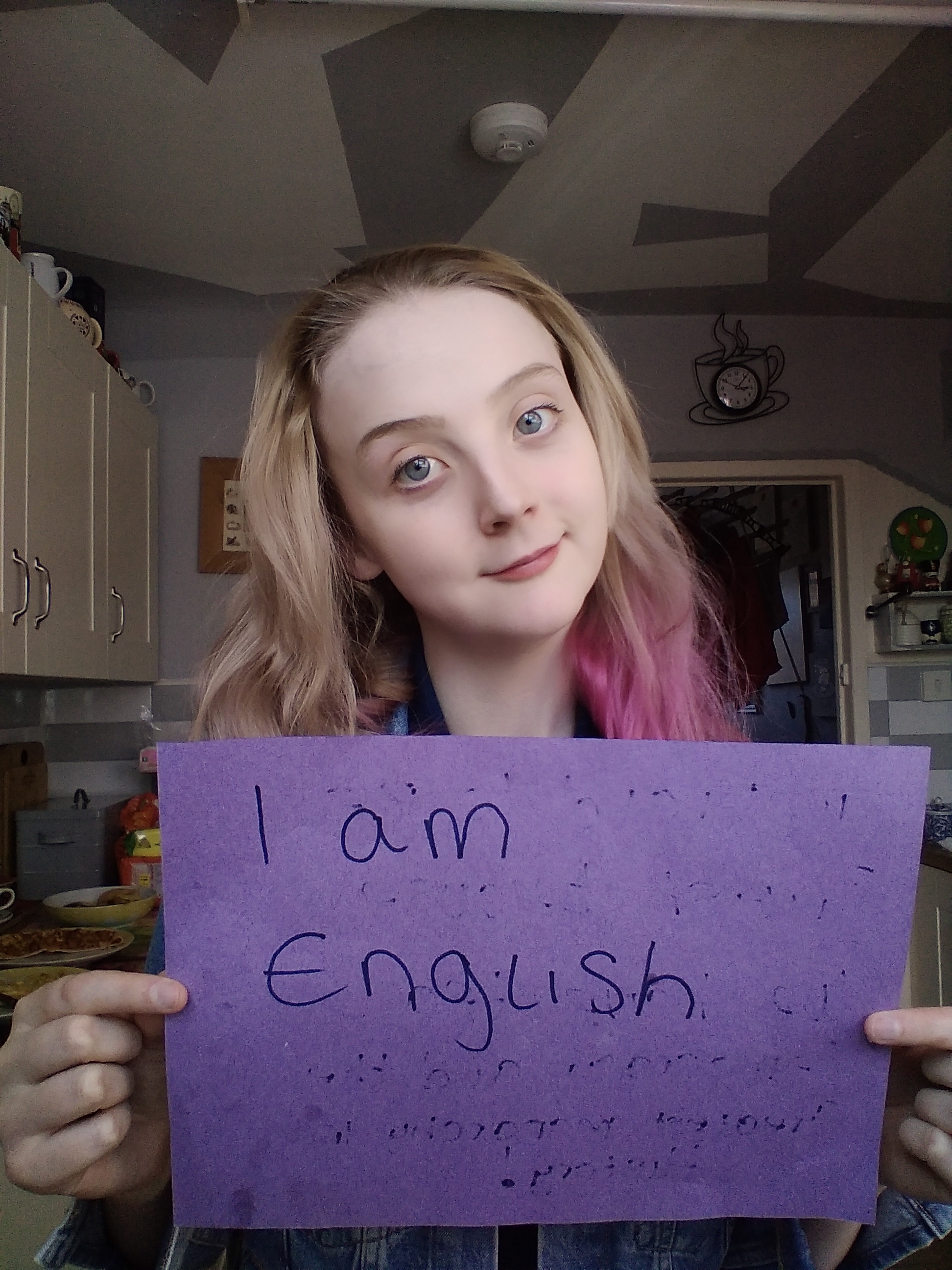 RETAIL worker Opal Wood says being English means she has freedom of speech and the choice to be whoever she wants to be.

The 24-year-old, from Leeds, believes in Brexit and says the English have the greatest monarchy in the world.

She said: “I believe in equality, democracy and freedom of speech. And for me, that’s what being English is about.

“I love our monarchy, our brilliant sense of humour and, of course, a cup of tea.” 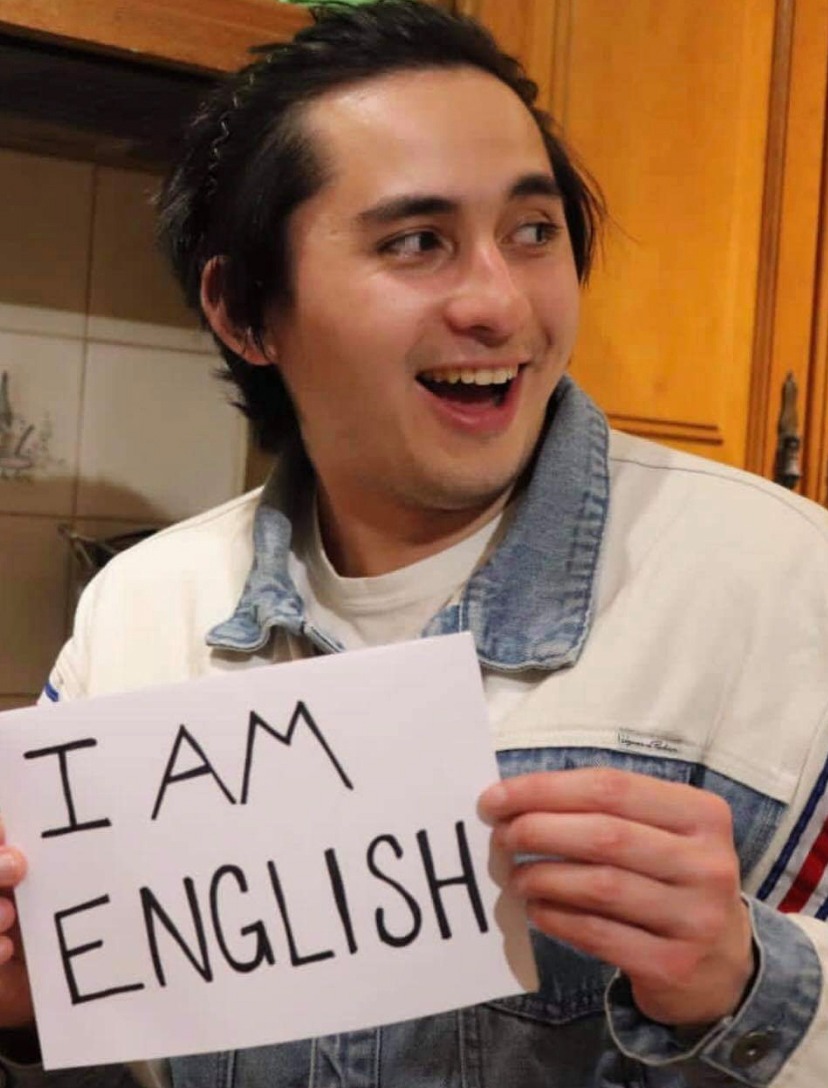 MASTERS student Rob Smith, 23, believes being English gives us a chance to celebrate all ethnic origins.

Rob, an actor and educator, lives in Milton Keynes, Bucks, and has Filipino heritage.

He said: “English is a state of mind.

“And being English is a chance to live here and be surrounded by so many different people of all shapes and sizes.

“We can also all share ideas and thoughts in a free society.

“We should never forget that.” 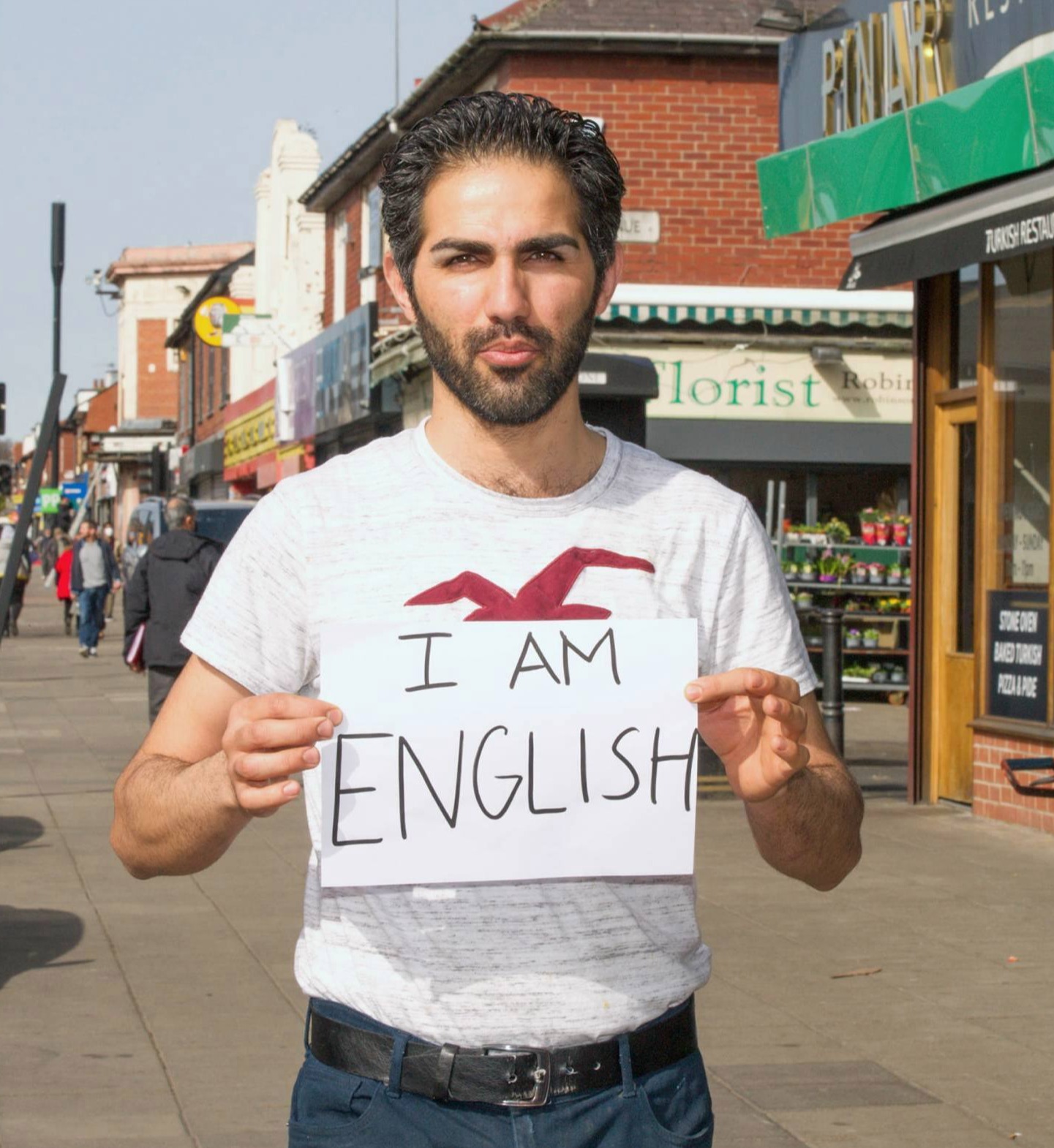 SALEM FARSIV, 29, from Walker, Newcastle, considers himself both English and Kurdish.

“I love England and I love living here. It’s a fair system to live in. I am proud to be part of this society.

“I agree with David Lammy.

“He should definitely be able to say he is English.

“Schools are great, people are friendly and the NHS is fantastic. It’s an amazing place to live.” 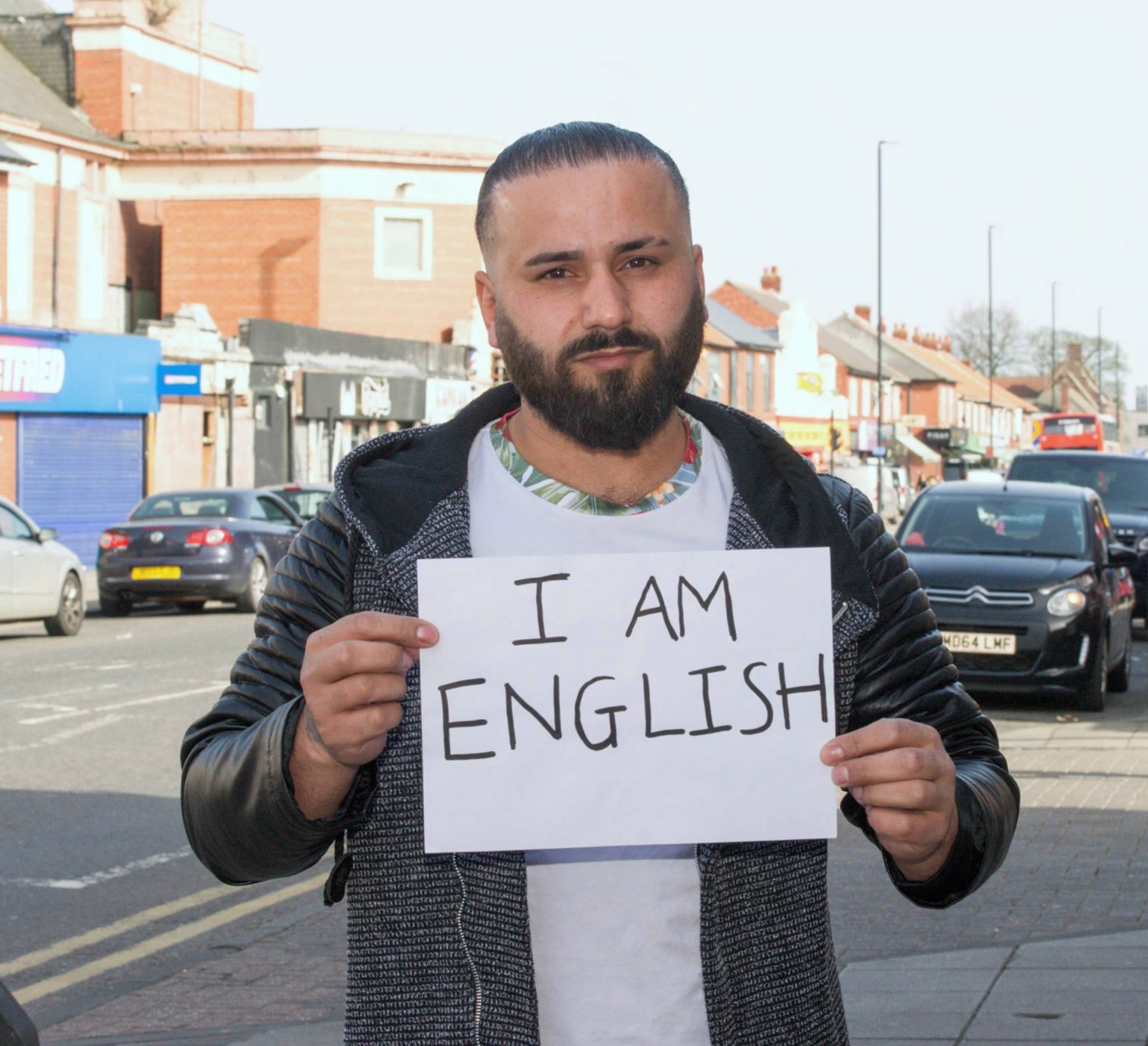 BUSINESSMAN Mohamedi Raofi has lived in this country for eight years since moving from his native Iran and is proud to call himself English.

The 30-year-old from Newcastle said: “I class myself as being an English person. It is very multicultural here and I like the people, they’re really nice.

“Skin colour definitely doesn’t define where you call home and I think it is racist to say other- wise. I think it is safer here, too.

“I am happy to stay here and call this my home.” 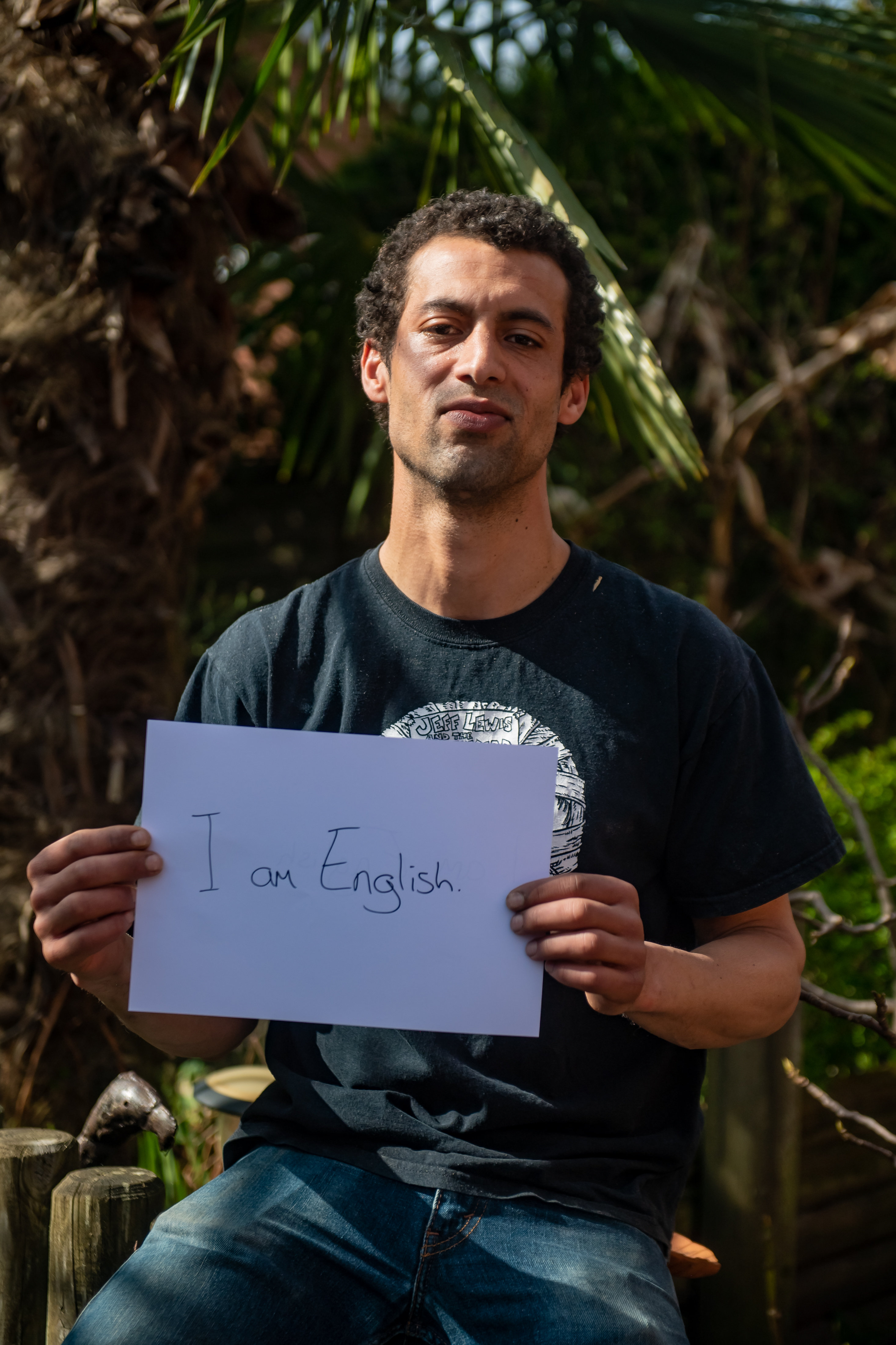 He said: “I was born here and have been brought up in English culture, so I have always considered myself English.

“I follow English sports teams and love the footie. There’s not many things that are more English than football.

“I think being English means to be born and raised here. It’s wrong to define Englishness as a race.

“People tend to have multiple identities. I consider myself English and British, while also being proud of my Trinidadian heritage.” 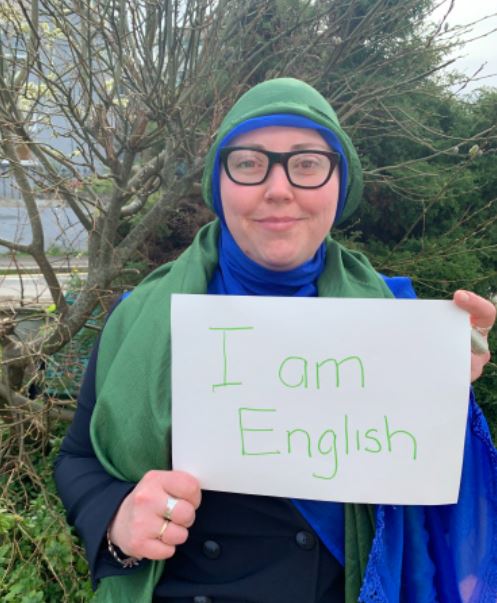 MUSLIM convert Alexandra Simpson believes that being English is about how it gives her the freedom to embrace her true self.

The 39-year-old, from Birmingham, who is a tutor in women’s rights, says there is no other place where she would have been so supported in her journey to follow the Muslim faith.

She said: “Here, there is a huge respect for people’s cultures and religions.

“We should never forget the freedoms we have to define who we want to be.

“And we should not forget the freedom being English gives us to do that.” 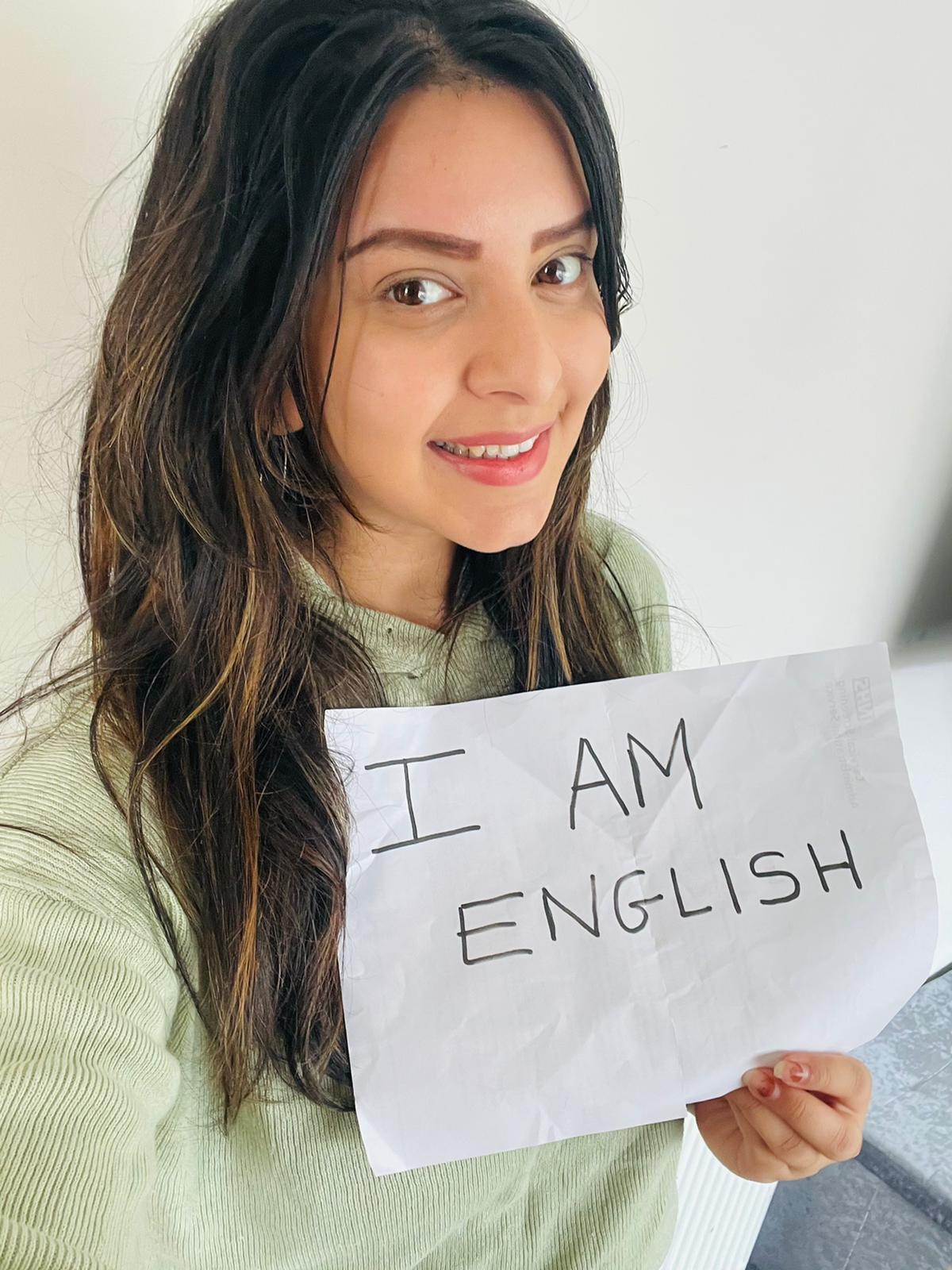 ONE of the things Sikh mum-of-three Manjit Landa likes about being English is it allows her and her husband to raise their children in a society that exposes them to lots of cultures.

Manjit, 25, from Ilford, East London, said: “Being English is about living freely, being accepted and sharing your views openly without criticism.

“I celebrate my Indian and English heritage and my children love their home.

“To see them play with children of all different ethnic and also religious backgrounds is amazing.” 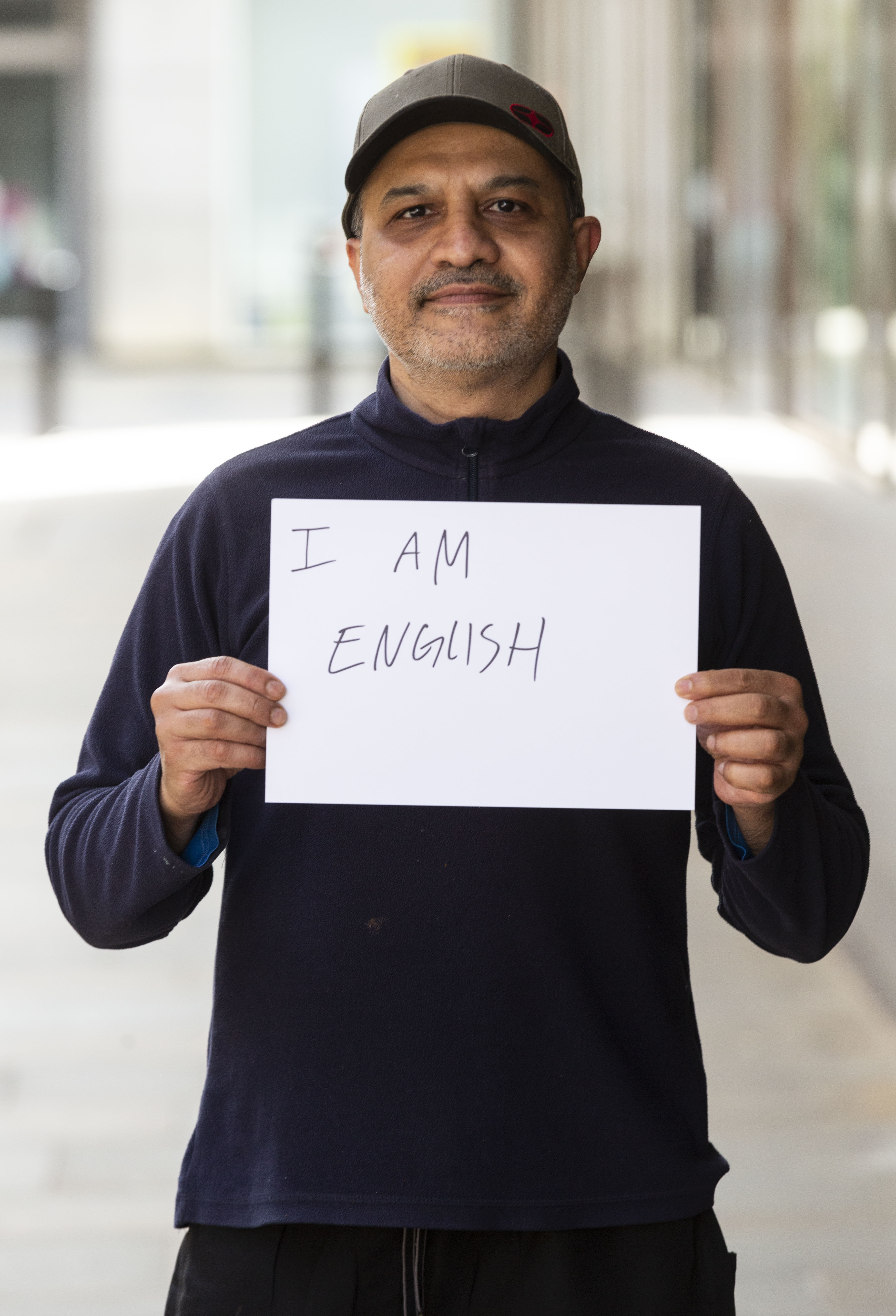 STREET-FOOD business owner Sajid Abdullah Patel, 53, was born in India but has lived in Bolton for the past 25 years.

He said: “I am a British citizen now, I feel English. The people in the community have made me feel so welcome for the most part.

“I have experienced some hostility in my food van but I have also seen white people come to my defence.

“We’re all the same underneath, we are all pulling in the same direction and want the best for the country and our families.

“Skin colour doesn’t matter. It is how you feel and how you contribute to society.

“I work hard and feel like I am English.” 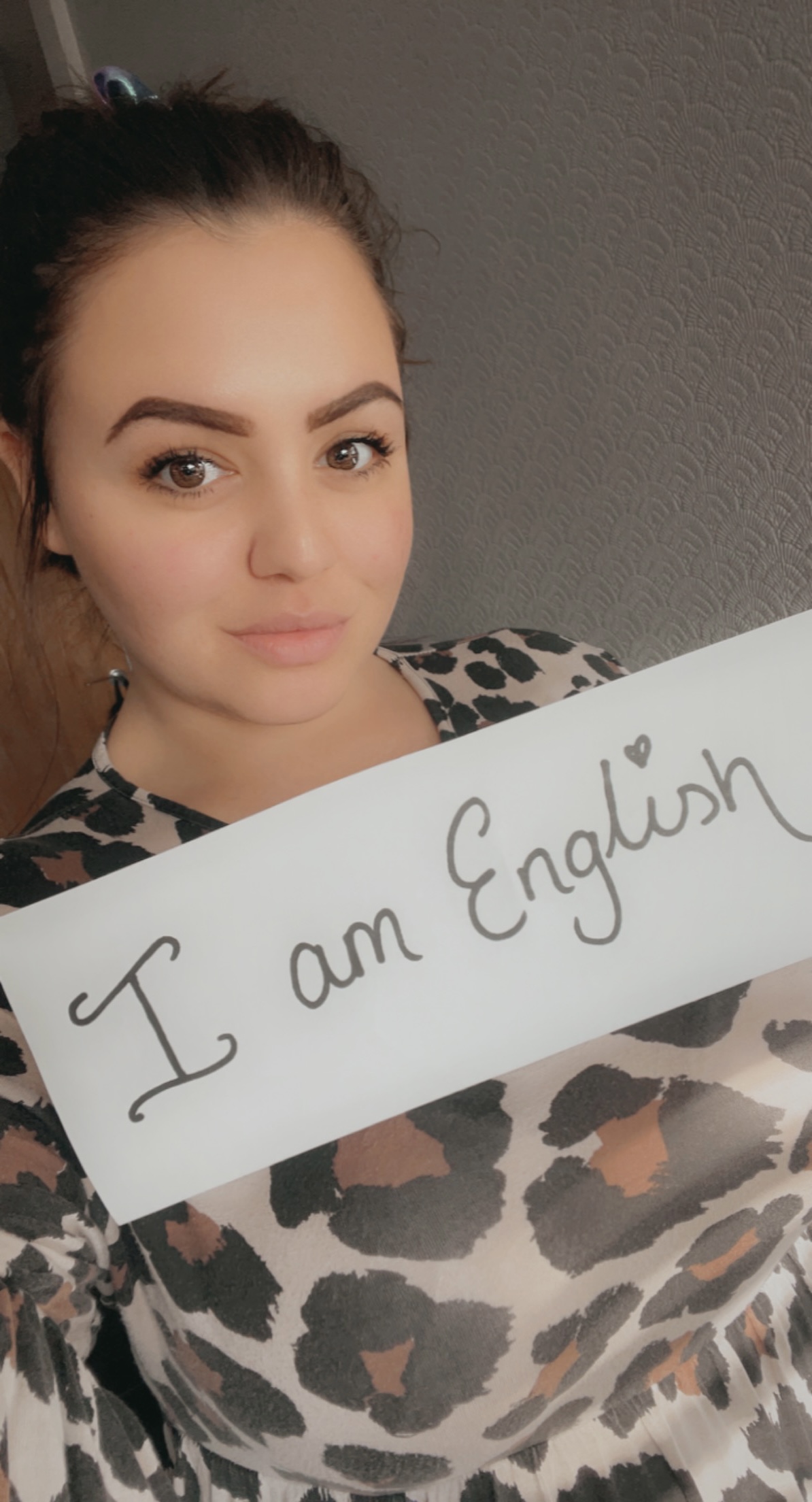 BEING English is about our music and literature for Jessica Wells, 28.

The professional nanny, from Hampstead, central London, said: “Nothing compares to our unique literature. It’s like the fine art of the written world.

“The English language is the most used language in the world and is taught in most countries. And when it comes to pop music, we have The Beatles. They are legendary.

“From fish and chips on the beach to the Royal Family, free education and healthcare – and even a Saturday night in the boozer – there are so many reasons to love being English.” 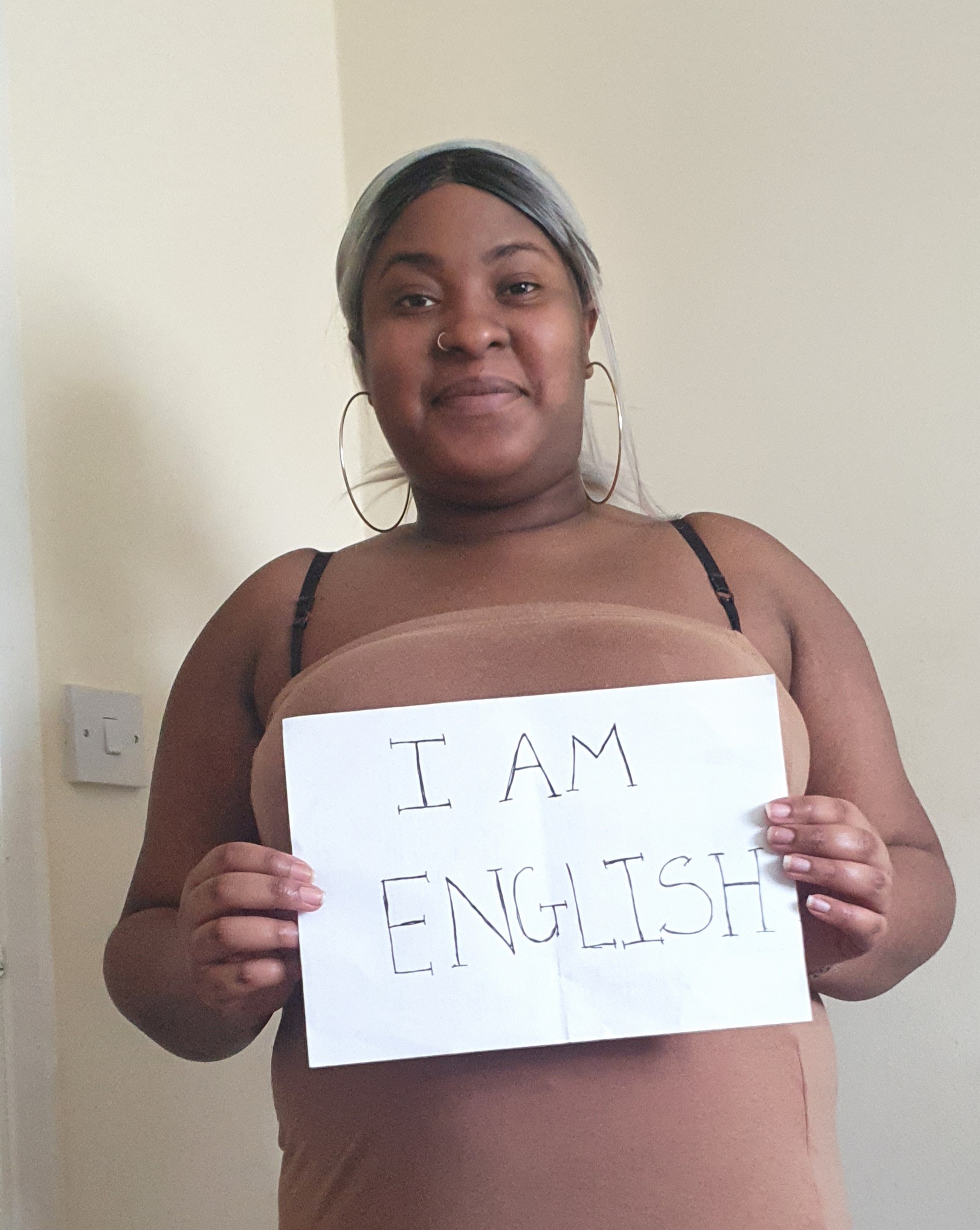 NATASHA HAMILTON, a retail worker, from Walthamstow, East London, says being English means she and her son, two, can feel a part of a diverse cultural environment.

The 30-year-old said: “It’s nice to be in a community that celebrates a variety of cultures. We can learn from each other and be a part of something bigger.

“There’s a big mix of backgrounds in my family but home for me is England. I was born and bred here.

“Oh, and don’t forget Sunday roasts – they’re a big part of being English for me.”

Girl, 14, pregnant after being groomed by gang for sex-trafficking to UK