Home » World News » Furious couple have to pay £12.50 every time they turn left out of driveway 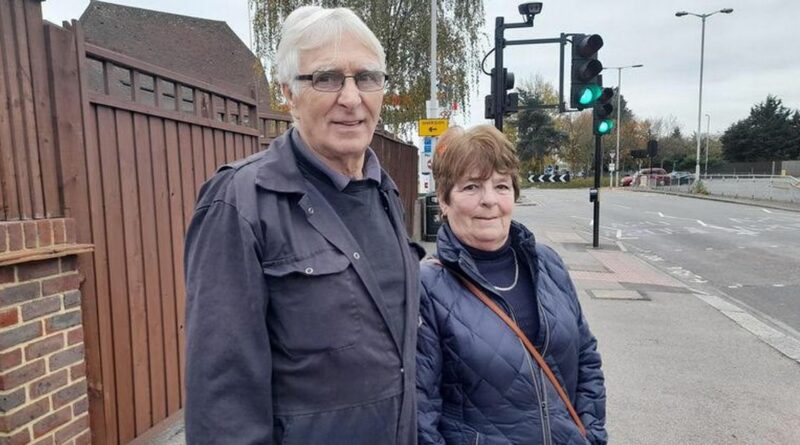 A couple are furious that the expansion of a "ultra low emissions zone" in London means they have to pay £12.50 every time they turn left out of their driveway.

George and Vera Dowler's home is located on the border of the new ULEZ zone in Eltham, meaning that if they turn left past the nearby traffic lights their older vehicles incur the £12.50 charge.

It has meant that George has had to spend "nearly £40,000" on new vehicles which meet the standards, while Vera has had to park her vehicle at her work's garage to avoid the charge, MyLondon reports.

The couple have lived in their home for 32 years, and found themselves right on the border when the ULEZ boundaries were changed.

Vera called the situation "disgusting" and said she now leaves her older car at her work so she can escape the cameras perched on top of the traffic lights, which catch older vehicles out right outside their home.

A spokesperson for the Mayor of London said: "We know toxic air pollution in London leads to 4,000 premature deaths a year, stunts the growth of children’s lungs and worsens chronic illnesses, such as asthma.

"The bold action taken by Sadiq since he became Mayor has already led to a 94% reduction in the number of Londoners living in areas that exceed the legal limit for nitrogen dioxide (NO2) levels and the gap between the most and least deprived areas for exposure to nitrogen dioxide has narrowed by up to 50%.

"87% of cars seen travelling in the expanded zone already meet the standards and to help more Londoners switch to cleaner vehicles, Sadiq has invested £61 million in scrappage schemes, which have helped replace or retrofit more than 12,000 vehicles since 2019."