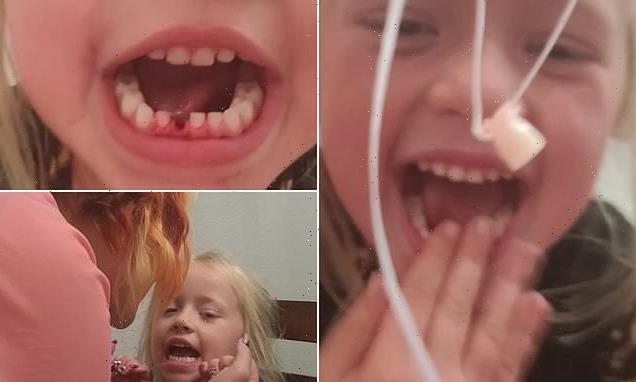 Gappy customer! Five-year-old girl has squeals with EXCITEMENT after having her first tooth pulled

Most people hate having their teeth pulled, but this excitable five-year-old girl wildly celebrated after her mother yanked out her first baby tooth with dental floss.

The heart-warming footage was recorded at the family home in Casper, Wyoming.

The unnamed girl squealed in delight and repeatedly yelled: ‘I’m so happy,’ after her mother carried out the swift tooth extraction.

And the joy did not stop there as the tooth fairy later brought the girl $1. 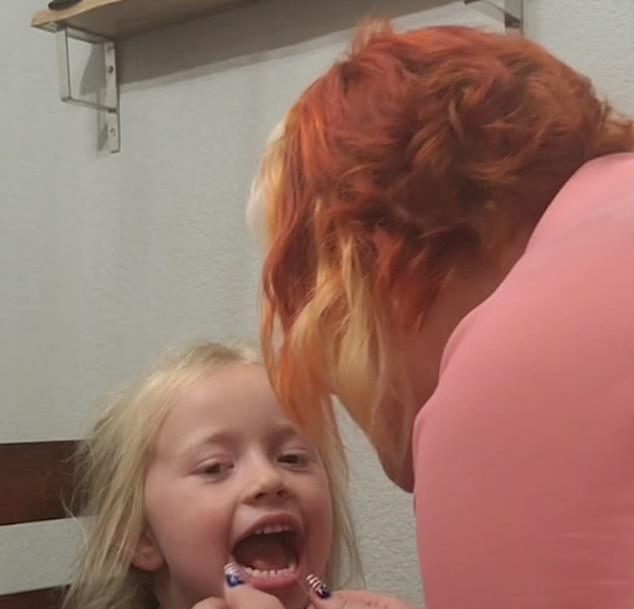 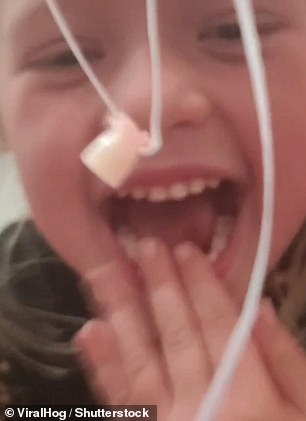 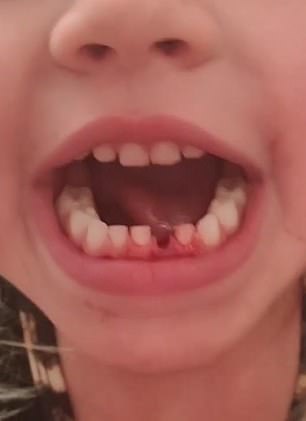 The girl’s mother plucked the loose incisor out before the youngster squealed in delight and repeatedly yelled: ‘I’m so happy’

In the clip, which was recorded on July 1, the girl giggles as she sits patiently on a chair in anticipation of the extraction.

Her mother leans toward her with dental floss in hand before tugging twice as a slight pop is heard in the background.

The little girl raises her hands to her mouth and mumbles ‘it hurt’ but soon perks up after seeing her tooth wrapped in the floss.

She grabs at it and asks in disbelief: ‘My tooth?’

Suddenly she lets out squeals of delight and moves toward the camera to examine the new gap in her smile as she shouts: ‘Let me see, let me see.’

Her mother then dangles the tooth in front of her which prompts the little girl into repeatedly shouting: ‘I’m so happy.’ 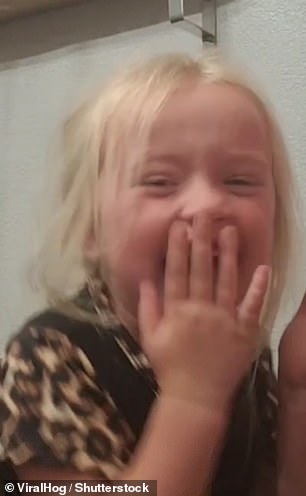 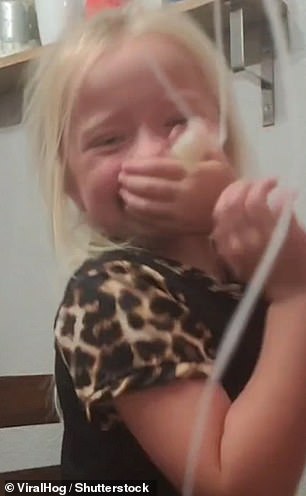 She let out squeals of delight and moved toward the camera to examine the new gap in her smile as she shouted: ‘Let me see, let me see’ 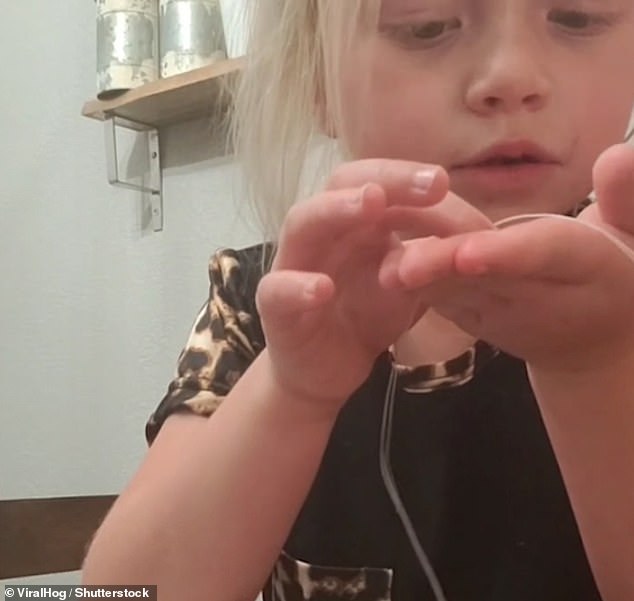 She continues to further inspect her new smile before giving the tooth a final once over.

Her mother has since said: ‘My five-year-old daughter had her first loose tooth, so she begged me to pull it, and she didn’t mind how I did it.

‘So I used dental floss to tie around the base of the tooth and decided to record her first tooth as a memory and also because her dad works away from the home and would miss the experience.

‘Finally, it was time to pull it and she couldn’t contain her excitement. She put it under her pillow that night and woke up to $1.00 and a note from the tooth fairy.

‘Since then, she shares her experience with anyone she encounters and begs me to pull more of her teeth.’