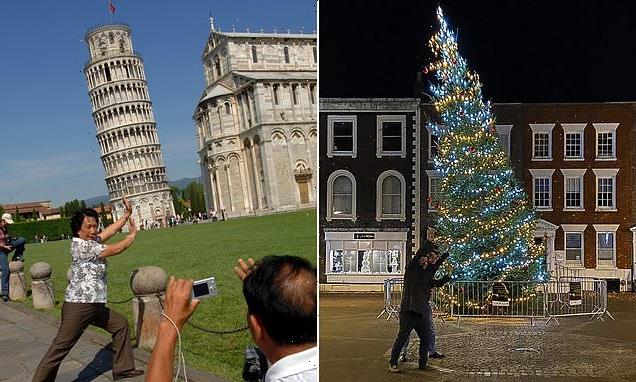 It’s the Leaning Tree of Hampshire! Gosport residents are left in fits of giggles after contractors battling with Storm Arwen leave town’s Christmas tree installed at a wonky angle

A Christmas tree that has been compared to the Leaning Tower of Pisa has left residents in hysterics after it was installed at a wonky angle in Storm Arwen.

The tree, covered in blue and white lights with red baubles, has gone viral on social media after residents in Gosport, Hampshire, spotted it was ‘at an angle’ and compared it to the freestanding bell tower in Italy.

Gosport Borough Council replaced the original tree after it was damaged in transit, and said the festive fir has since been ‘straightened’.

A Christmas tree in Gosport, Hampshire (pictured left) has been compared to the Leaning Tower of Pisa (right) after it was put up at an angle in Storm Arwen

Graham Burgess, leader of the council, said: ‘I believe the tree was straightened.

‘I was told it was at an angle, the contractors came back – I do know that they were doing things to it.

‘We have delivered again in the sense of providing Christmas decorations despite the situation we’re in at the moment with the pandemic.’

Jan Richardson, who lives in the area, said she saw it being put up by contractors while gales were blowing due to Storm Arwen.

She said: ‘I watched the tree being taken off the lorry the other night and they had a dreadful time with the wind.’

The installation of the festive decorations has not been smooth sailing as the town’s first tree was damaged in transit.

Like many areas across the UK, Gosport cancelled the Christmas lights switch on this Saturday due to the storm which ripped through the country leaving thousands without power for days. 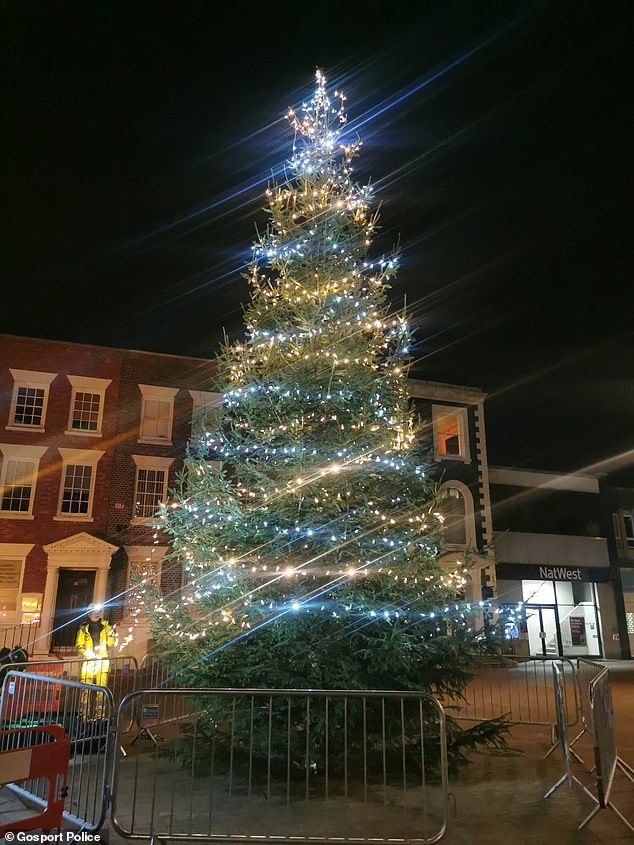 Gosport Borough Council replaced the original tree after it was damaged in transit, and said the festive fir has since been ‘straightened’

Posting on the Gosport Aware Facebook group, one user said: ‘How is it that every where else get lovely trees but Gosport looks like it’s only half a tree and the best part has gone else where. It would be better if they did not bother.’

Gosport Borough Council posted the straightened tree to their Facebook page amid the disappointment of having to cancel the Christmas lights switch-on due to the windy conditions of Storm Arwen. 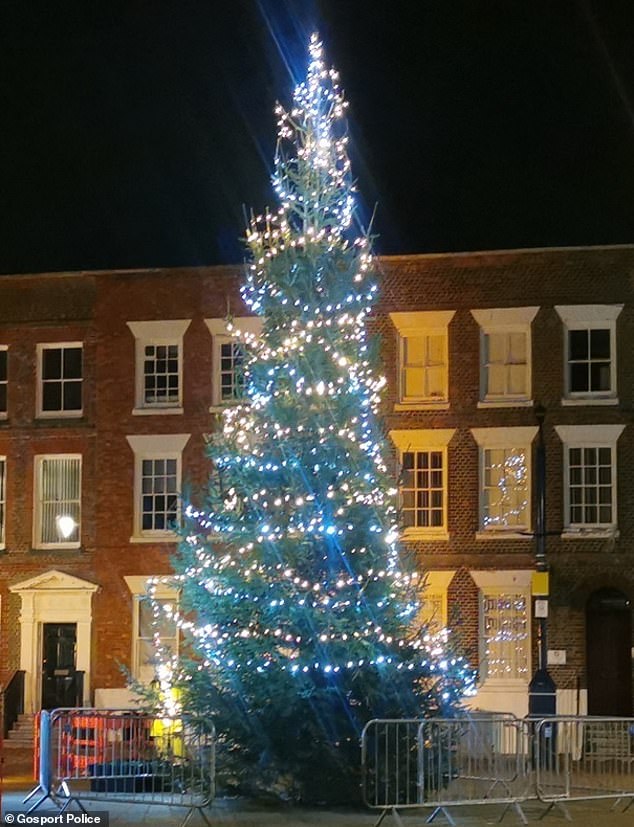 At the time they said:  ‘We’re very sorry, but a forecast of dangerously high winds means we have had to cancel tomorrow’s festive events in Gosport High Street.

As Storm Arwen approaches, gusts of around 50mph have been predicted locally – strong enough to wreck marquees and stage structures and endanger people gathered nearby. We’ve had to put safety first.’

Posting the fixed Christmas tree, they added: ‘Amid the disappointment of having to cancel tomorrow’s Christmas lights switch-on, here’s a cheery festive shot of our Gosport High Street tree.’

Ethiopia: ‘I don’t know if they realised I was a person’ – Women subject to sexual violence in Tigray

World’s highest mountain is covered in 30 tons of trash

Baltimore to use planes to patrol city from the sky