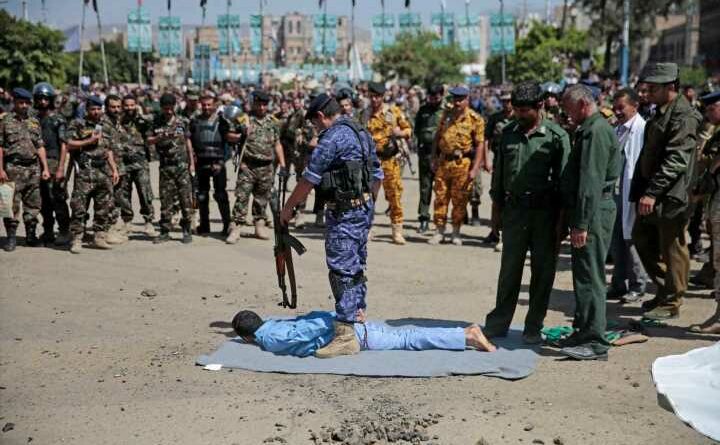 NINE men found guilty of spying in Yemen in a “sham trial” were dragged into a square and shot in the back of the head by a firing squad.

The European Union joined a chorus of international criticism over the brutal public execution in Tahrir Square in the rebel-held capital of Sanaa. 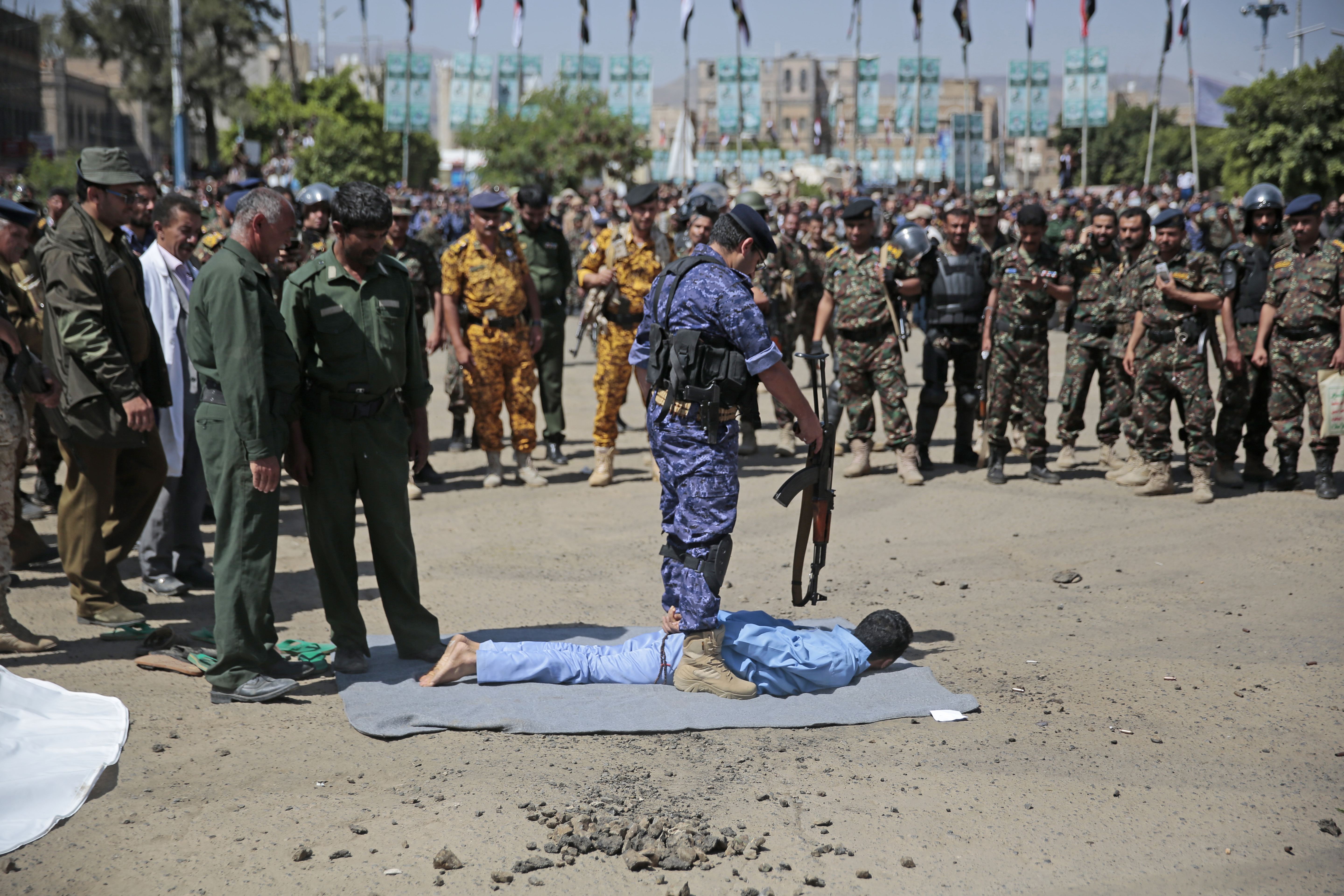 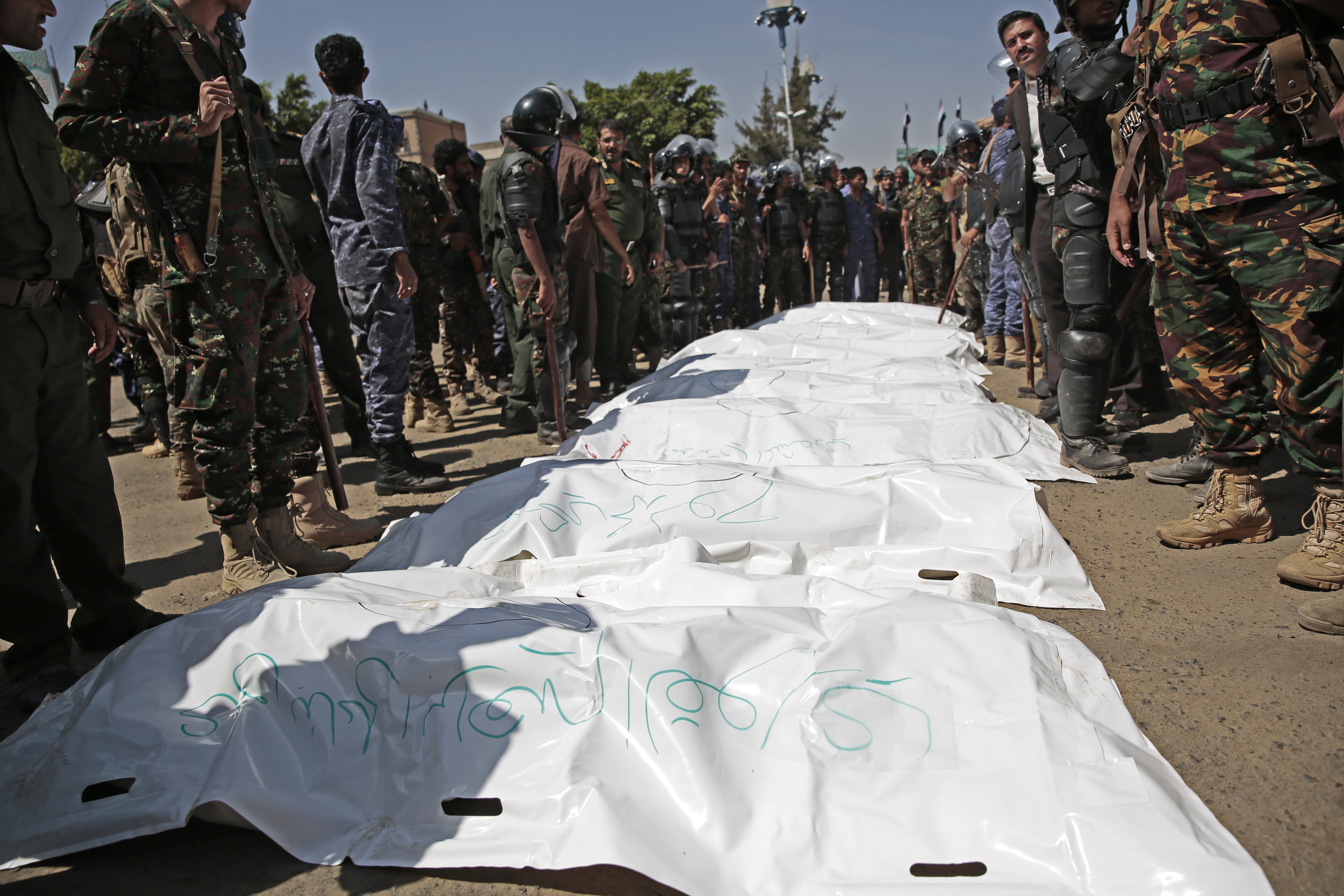 The nine were among more than 60 people the Houthis accused of being involved in the assassination of Saleh al-Samad in April 2018.

They were also charged with spying for the Saudi-led coalition, which has been waging war against the rebels for years in an effort to bring back Yemen's internationally recognised government to power.

Hundreds of people, mostly Houthis and their supporters, attended the execution.

The condemned men wore sky blue prison garb with their hands bound behind their backs.

Masked guards led them to an open area and forced them to lie down on their stomachs.

Another officer with a rifle shot them to death in their backs.

One of the executed appeared scared while awaiting his turn to be shot; an armed Houthi was seen holding him tight, perhaps so that he would not fall.

UN Secretary-General Antonio Guterres said the trial in which the nine were convicted and sentenced to death did not meet the requirements of fair trial and due process".

The British Embassy in Yemen also condemned the brutal Houthi execution," which showed blatant disregard" for a fair trial.

Those shot by the firing squad, included a 17-year-old boy, were arrested months after al-Samads killing.

They were held for months in undisclosed places where they suffered inhumane treatment, according to Abdel-Majeed Sabra, a Yemeni lawyer representing one of the people executed.

Yemen has been embroiled in a civil war since 2014, when the Houthis swept across much of the north and seized Sanaa, forcing the internationally recognized government into exile.

The Saudi-led coalition entered the war the following year on the side of the government.

The stalemated conflict has killed more than 130,000 people and spawned the world's worst humanitarian crisis. 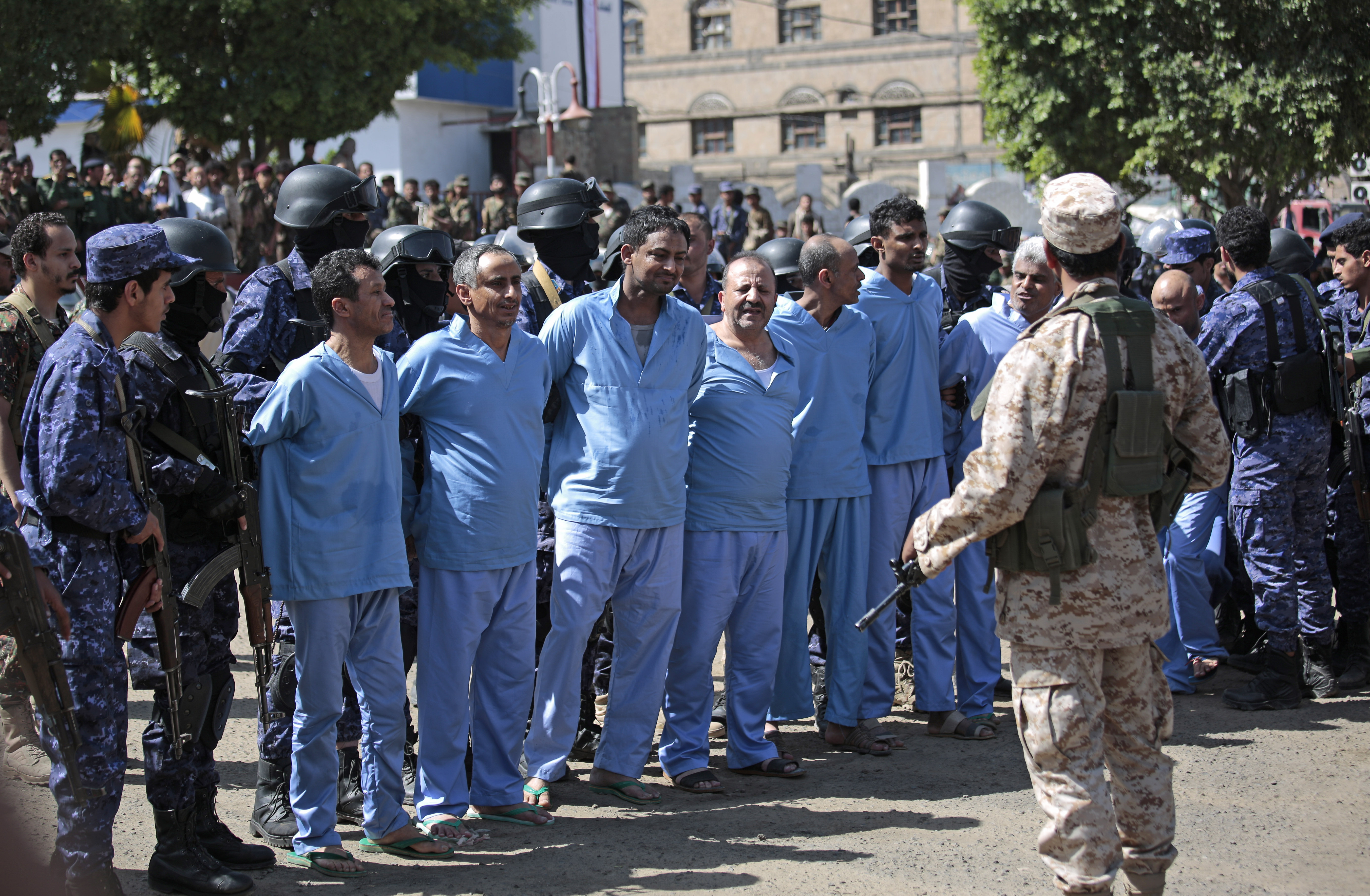 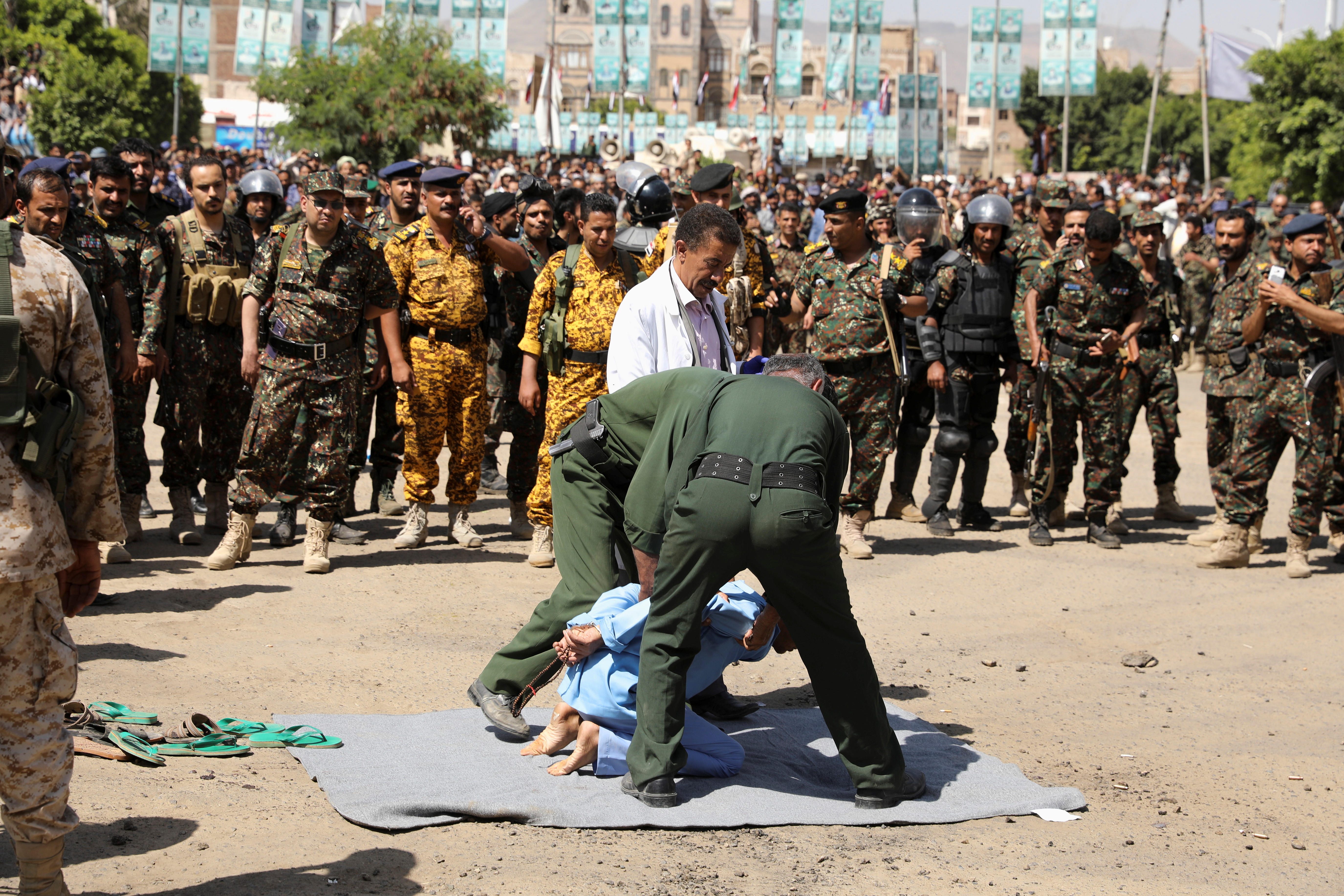 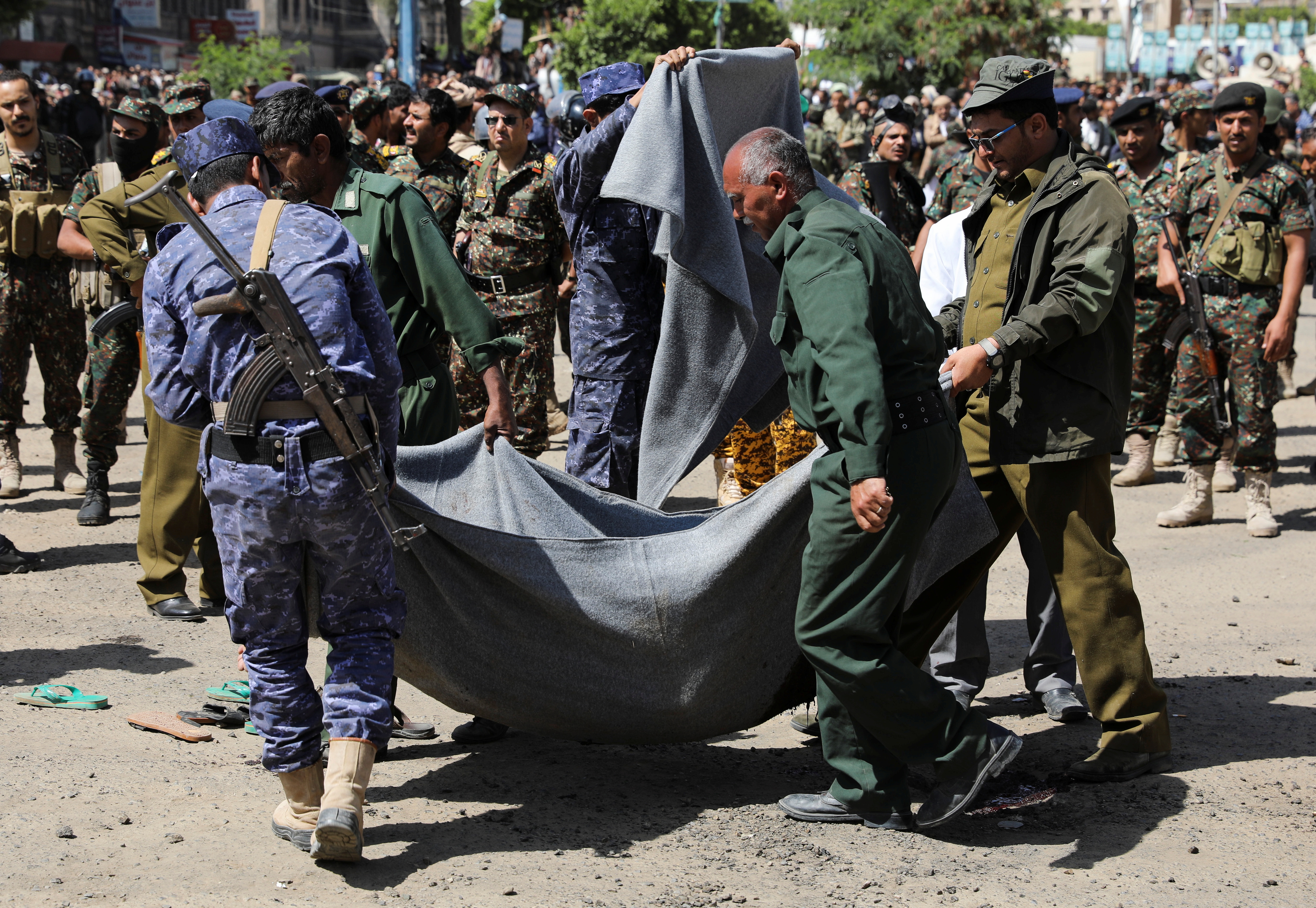 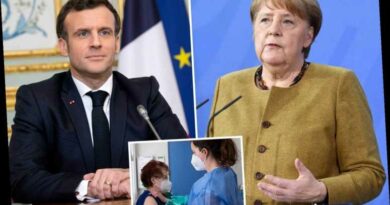 Johnson returns to London to drum up support for Brexit deal 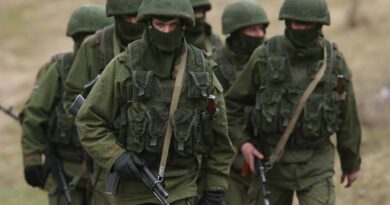