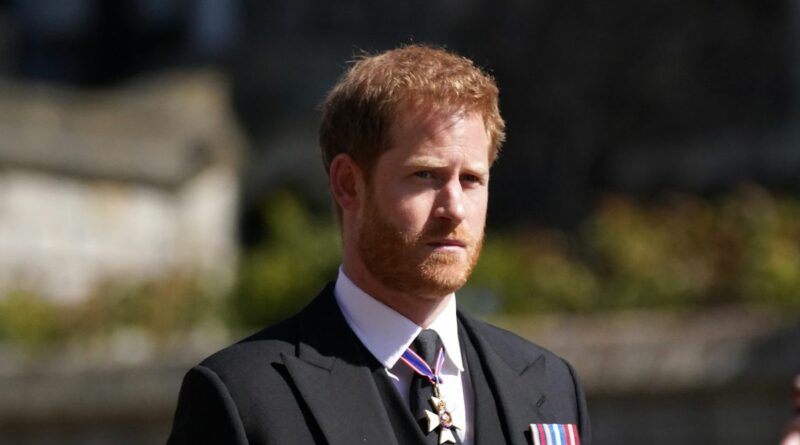 The Duke of Sussex fled back to the UK for his grandfather, Prince Philip, funeral, after the 99-year-old died at Windsor Castle on April 9.

He made the journey alone as his wife Meghan Markle is heavily pregnant with their second child, a girl, joining his brother, Prince William and dad, Prince Charles to walk behind the Duke of Edinburgh’s coffin.

William and Harry were spotted chatting following the sad event on April 17 but an insider claims things have been "frosty" with other family members. Princess Anne, Prince Edward and his wife Sophie Wessex reportedly didn’t acknowledge Prince Harry at all, it has been claimed.

The source said there is a "deep sense of protection towards the Queen" following Harry’s decision to speak out against life as a Royal in a sit down chat with Oprah Winfrey.

Harry and Meghan sensationally claimed life had been difficult for the pair, with Duke of Sussex alleging he felt "trapped" within the Firm. Meghan also alleged a senior member of the Royal Family raised concerns about the colour of Archie Mountbatten-Windsor’s skin prior to his birth, a comment Harry later confirmed while refusing to name the individual.

A source told the Mail there is still "resentment" towards Harry and "little sympathy for him after what he and Meghan said on Oprah".

The Royals are "still very upset" and think Harry "behaved appallingly," but are "putting on a united front for the Queen." They added that "ironically" Prince Andrew, who was forced to step back himself due to his alleged friendship with paedophile financier Jeffrey Epstein, is the "only one who has expressed sympathy" towards Harry.

"Ironically the only one who has expressed any sympathy towards him is Prince Andrew. He knows from Sarah Ferguson – and know first-hand – how it feels to be the outsider, which Harry very much is," the source said.

Chocolate that's 99% carbon free… but costs you a packet!