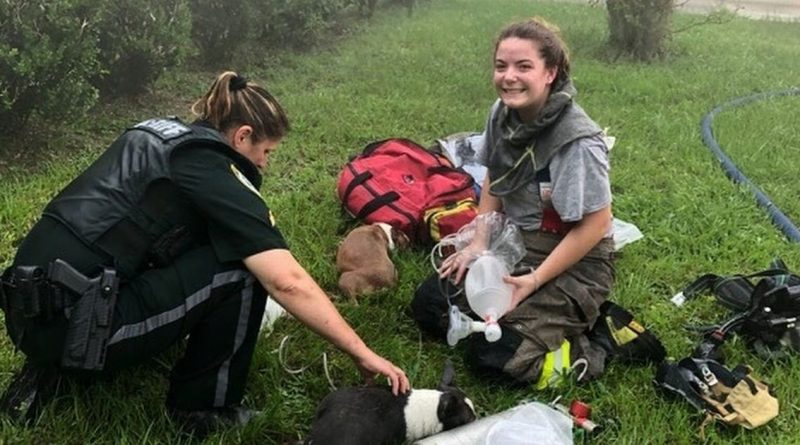 An Amazon delivery driver has been branded a hero after saving the lives of three Boston Terrier pups from a burning building.

The driver had been travelling along her delivery route in Columbia County, Florida when she spotted smoke emerging from a home and called 911.

Thanks to the driver's speedy response, firefighters were able to rush to the scene and extinguish the fire before it spread – and found three Boston Terrier puppies trapped inside the home.

The firefighters were able to retrieve the pups and treat them for smoke inhalation, Columbia County Fire Rescue said.

They arrived to scene of the fire and were able to keep the blaze to the room where it began.

"Thank you to the Amazon driver who noticed the smoke and called 911," Columbia County Fire Rescue said in a Facebook post.

"Since the homeowner was not at home at the time, she saved the home and the puppies’ lives!"

The homeowner, who wasn't home when the fire broke out, was very grateful both for the Amazon driver and the fire brigade, according to a Facebook post by her mum.

Taking to Facebook, the homeowner's mother provided an update on the pups, saying they suffered significant lung damage and would remain in doggy hospital for a few more days.

"Many thanks and appreciation!!!" she wrote.

"Those are my daughter’s dogs that we love very much. They are doing well this morning but still in the hospital. Thank you will never be enough!"

She added a further update on the puppies on Wednesday (August 31), revealing "they will need to be there another 48 hours"

She added: "They had significant lung damage but seem to be stabilizing."

Two of the beloved dogs are now on prescription food, and the puppies lost their beds, toys and bowls in the fire – but fortunately, not their lives. 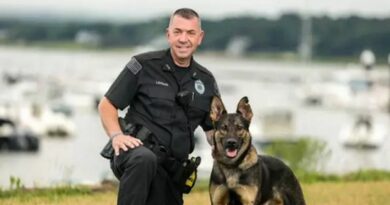