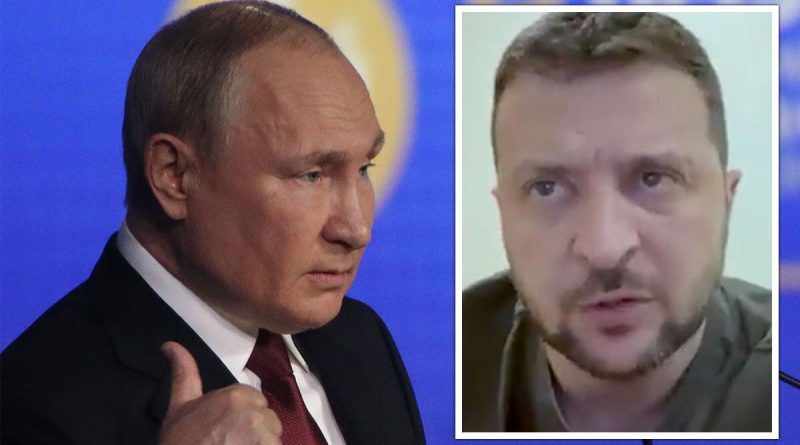 However, as the European Union is set to officially grant the candidate status at the upcoming EU summit, President Zelensky warns, Vladimir Putin will beef up its military response in and outside Ukraine.

“I think it’s obvious to everyone that since 1991, there have been few such fateful decisions for Ukraine as we expect now. And I am convinced that only a positive decision meets the interests of the whole of Europe.”

Ukraine came close to concluding an association agreement with the EU in November 2014, but then Prime Minister Yanukovich chose instead to establish closer ties with the Russian federation.

That decision prompted the Euromaidan protests, with pro-EU Ukrainians taking to the streets in favour of joining the EU.

In the predominantly Russian-speaking east, however, a large part of the population opposed the Euromaidan protests and instead supported the Yanukovich government.

Violence and civil unrest escalated into the Donbas war, which in February of this year, Putin failed to expand to the whole of Ukraine.

He continued: “I will deliver new addresses this week, including to Europeans. I will take every opportunity to defend the European perspective for Ukraine, for each of us, and to gather new supporters for us.

“Obviously, we should expect greater hostile activity from Russia. Purposively – demonstratively. This week exactly. And not only against Ukraine, but also against other European countries. We are preparing. We are ready.

“We warn partners”, President Zelensky said. “The occupiers are accumulating forces in the Kharkiv region, in the Zaporizhia region. They struck at our fuel infrastructure again – they want to worsen the fuel situation. Of course, we will respond to this, too.

“But Severodonetsk, Lysychansk, Avdiivka, Krasnohorivka and other hot spots are holding on. Our people are like that.”

The key city of Severodonetsk has become the epicentre of the war, as military observers and President Zelensky argue it could determine which way the war could take. Russian forces have so far managed to seize the neighbouring town of Metelkine.

A Donbas official said: “(They) want to make a breakthrough there, and for this purpose they have gathered a large amount of equipment there.

Fighting is taking place in many villages around Severodonetsk and Lysychansk.”