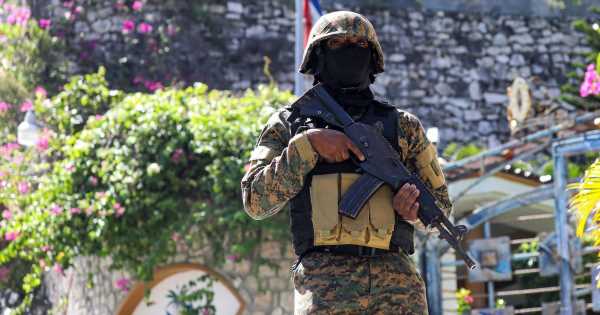 A group of 17 US missionaries and their children have been kidnapped by gang members in Haiti, it has been reported.

According to local authorities, the American missionaries and their family members – including children – were on a bus in the capital Port-au-Prince on Saturday when they were taken.

Ohio-based Christian Aid Ministries said the group were on their way to the airport after helping build an orphanage when the attack happened. The organisation is reported to have sent a voice message to various religious missions.

The one-minute message is believed to have said: “This is a special prayer alert. Pray that the gang members would come to repentance.”

A US spokesperson said it is aware of the reports, telling the New York Times: “The welfare and safety of US citizens abroad is one of the highest priorities of the Department of State."

Haiti is one of the poorest countries in the Americas and has been struggling with political turmoil since President Jovenel Moïse was assassinated by gunmen at his home in July.

Local police said a group of mercenaries, most of them Colombians, was behind the attack, which they suspect was ordered as part of a plot to seize power.

Just weeks later, the country was hit by a devastating earthquake, killing more than 2,200 people. It was measured to be more severe than the 2010 quake, which killed hundreds of thousands and flattened capital Port-au-Prince, measuring 7.0.

Buildings including hospitals, government centres and churches were reduced to bricks and dust when the ground shook.

The instability has seen thousands of Haitians flee to the US-Mexico border.