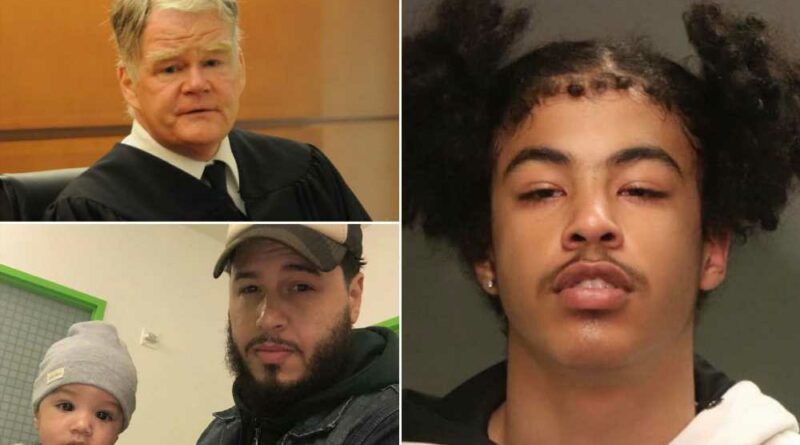 A reputed teenage gang member with three gun busts in four months had his bail reduced by a Bronx judge — allowing him to get out of jail and allegedly fire a random shot that killed an innocent father of two, The Post has learned.

Alberto Ramirez, 16, was arrested Monday in the slaying of Eric Velasquez, 34, who was struck by a stray bullet that the teen allegedly shot blindly into a crowd while on a rival gang’s turf, law-enforcement sources said. He has pleaded not guilty.

Ramirez was locked up on $75,000 bail when acting Supreme Court Justice Denis Boyle lowered the amount to $10,000 cash or $25,000 bond over prosecution objections on March 2, the Bronx District Attorney’s Office said Wednesday.

His family bailed him out a few weeks later, a spokeswoman for DA Darcel Clark said — putting him back on the streets.

“How many bites of the apple does someone get before someone gets killed? In this case, it was three,” the source added.

But having his bail lowered wasn’t the only big break Ramirez caught from Boyle, who in December ignored prosecution objections and freed the teen without bail following an earlier arrest.

The judge also sent two of Ramirez’s gun cases to Family Court, even though the DA’s Office wanted to prosecute him as an adult on those charges.

Meanwhile, Boyle is no stranger to rulings that led to disastrous results.

Last year, the jurist came under fire for his decision to release Jordon Benjamin, a 16-year-old boy charged with manslaughter who allegedly went on to slash a young woman across her abdomen — only to be released by Boyle again.

And in 1999, Boyle signed off on a deal that let a homeless man live in a shelter and attend therapy sessions while awaiting sentencing in an attempted sex attack in the Bronx — during which time authorities later said he went on a spree of sex attacks in Manhattan.

The stray bullet victim, Velasquez, was innocently walking with a cousin past a dice game in front of 340 East 184th Street in Fordham Heights around 12:30 a.m. on May 16, sources said.

The deadly practice is referred to by gang members as “spinning the block,” sources said.

The shooting took place within view of his family’s nearby apartment and his mom was able to watch from a window when his friends and family staged a memorial at the scene of his slaying.

”It’s a hell situation,” said a longtime pal, who didn’t want to be named.

”I went to his wake and I couldn’t talk. He’s a great man. It’s not OK. Two kids, wife, working man. Everybody loved him.”

Ramirez is charged with second-degree murder, first-degree manslaughter and two counts of criminal possession of a weapon.

The incident capped an escalating pattern of alleged lawlessness by the teen, who was arrested on Oct. 21 following a shooting inside a Bronx apartment.

Ramirez was with two pals when he allegedly dropped a loaded handgun that fired a round through a wall and into an adjacent apartment, sources said.

Cops got a warrant to search the apartment where the shot came from and seized three firearms, sources said.

Ramirez was charged with second-degree criminal possession of a weapon and had his case transferred to Family Court with the consent of prosecutors, sources said.

But barely two months later, on Dec. 12, Ramirez was busted by cops who allegedly caught him with a loaded and defaced .25-caliber pistol and again charged him with second-degree criminal possession of a weapon, sources said.

And on Feb. 8, Ramirez was walking near Slattery Avenue Boys turf when he allegedly accidentally shot himself in the foot, sources said.

He told cops he’d been confronted by three males, one of whom asked where he was from before shooting him, but surveillance video showed that he apparently shot himself while crossing Ryer Avenue at East 184th Street, the sources said.

Ramirez was arrested on Feb. 23 and charged with reckless endangerment, criminal possession of a weapon and falsely reporting an incident, the sources said.

His cases unfolded amid controversy sparked by a Dec. 28 report by The Post that revealed how Boyle freed Jordon Benjamin, then 16, from a juvenile detention center in March 2020 due to the COVID-19 pandemic.

Benjamin was busted in a vicious Christmas Eve 2019 gang attack on 60-year-old Juan Fresnada, who was stomped and battered with a garbage can in a caught-on-camera attack involving a group of teens in the Bronx.

Following his release, Benjamin on Dec. 14 allegedly slashed Amya Hicks on Intervale Avenue — not far from his Bronx home — in an assault that her mother said required surgery and two days in the hospital.

“This is crazy,” mom Tynisha Smith said at the time.

“We thought he was still in jail.”

Both of those cases remain pending and Benjamin, who is free on $3,500 bail, is due in court on July 12, according to online records.

Boyle did not respond to a request for comment at the time, but the state Office of Court Administration said he followed the law.

“Judges follow the law and the law clearly states that the least restrictive alternative should be the preeminent driver in bail consideration,” OCA spokesman Lucian Chalfen said in the statement.

“Once released on his manslaughter charge, this defendant returned to court for all subsequent appearances, and the expectation is that that will continue with the new charge.”

More than 20 years ago, Boyle allowed a plea deal involving a homeless man, Ishmael Holmes, who in September 1998 accosted a Bronx woman in her doorway and demanded that she take off her clothes and get on her knees.

Holmes, who pleaded guilty to unlawful imprisonment, was allowed to move into a shelter and attend sex-offender therapy sessions pending sentencing.

He was supposed to be escorted to and from the program but that never happened — and he was arrested in 2000 for allegedly attacking eight women on Manhattan’s Upper East Side.

A prosecutor said he “would commit these acts on his way home from the sex-offender counseling program.”

Holmes, now 43, plea-bargained to a single count of first-degree sodomy and served the entirety of a 17-year prison sentence before being transferred to a secure psychiatric center in 2017, online records show.

Boyle didn’t respond to a message left for him with a court officer at Bronx Supreme Court and a spokesman for the Office of Court Administration didn’t return a request for comment.

While You Were Sleeping: 5 stories you might have missed, Aug 24 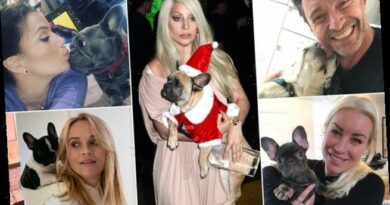